Three Arab-Israeli female students are suing Arkia and El Al over intense frisk, one woman fainted as security strip-searched her. 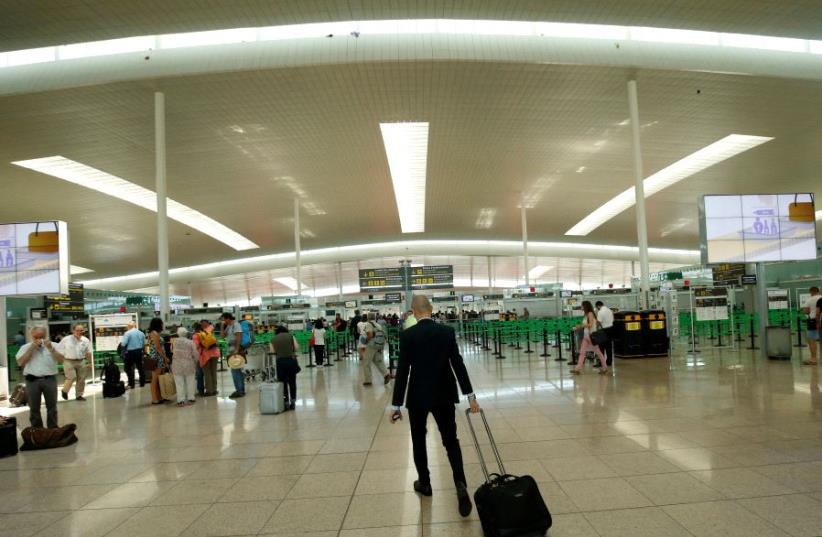 A man goes to security area at Terminal 1 of Barcelona-El Prat airport in Barcelona, Spain June 13, 2017.
(photo credit: REUTERS/ALBERT GEA)
Advertisement
Israeli airline companies Arkia and El Al were presented with a legal challenge this week after being sued by three female Arab-Israeli students who claim to have been brutally frisked without cause before boarding a flight from Serbia to Israel.
The three students booked an organized tour in Serbia that was offered by Israeli airline Arkia.
Upon their return to Israel they were asked to step away from other group members and frisked in a manner that they claim to be brutal and without due cause.
El Al is jointly being sued as it provides all Israeli airlines with security services outside the country. The students are being represented by the lawyer Awni Banna.
The students had been asked to remove their clothes and were thoroughly frisked by an all-female team of Israeli security workers.
Allegedly, the students were told that unless they comply with all of the demands made to them by the female security team they would not be allowed to board the flight home.
They were asked to remove their clothes, searched in a way they felt is inappropriate, and one student was ordered to hand over her mobile phone for further inquiries, claim their lawyers.
Allegedly, one student fainted during these procedures.
They were eventually allowed to board the flight but placed under constant surveillance during their stay at the airport.
The prosecution claims that it is unclear if Israeli airline security has the legal right to conduct strip-searches or to inspect mobile devices unless given clear agreement to do so by the owner of the device.
“The physical frisk and the intimate violation of their bodies left these women with a trauma and emotional scars”, stated the prosecution, “and this pain will accompany them for a long time.”