“Israel gets this opportunity to do something and it gets taken away,” he said. “Israel has to fight for every international event.”

By ANIA BESSONOV, RUTY KOROTAEV
Argentina fan Remy Friedman at the market in Tel Aviv
(photo credit: RUTY KOROTAEV)
Advertisement
Thousands of Israeli soccer fans were left disappointed after the Argentinian national soccer team announced on Tuesday that they are canceling their scheduled exhibition match against Israel.“It’s not the biggest tragedy in the world, but it is a consistent pattern of activity,” said Hayden Lutek, a 25-year-old graduate student from Canada, referencing pressure from various Palestinian groups that influence high-profile visits to Israel.The match was originally supposed to be held in Haifa, but was moved to Jerusalem with the support of Culture and Sport Minister Miri Regev, who allotted millions of taxpayer shekels for this event.“We knew the Palestinian opposition to hosting the game in Jerusalem would happen,” said 21-year-old IDF soldier, Liron Artuz. “But we didn’t think it would actually affect them enough to cancel because so much money was put into it. People are actually really surprised and very disappointed.”Palestinian organizations have been sending threats since it was announced that the match would be held in Jerusalem. Palestinian Football Association chief Jibril Rajoub urged fans to burn pictures of Argentina’s striker Lionel Messi, as well as replicas of his shirt, were he to play against Israel in Jerusalem.The situation is especially tense after the move of the United States Embassy from Tel Aviv to Jerusalem last month. 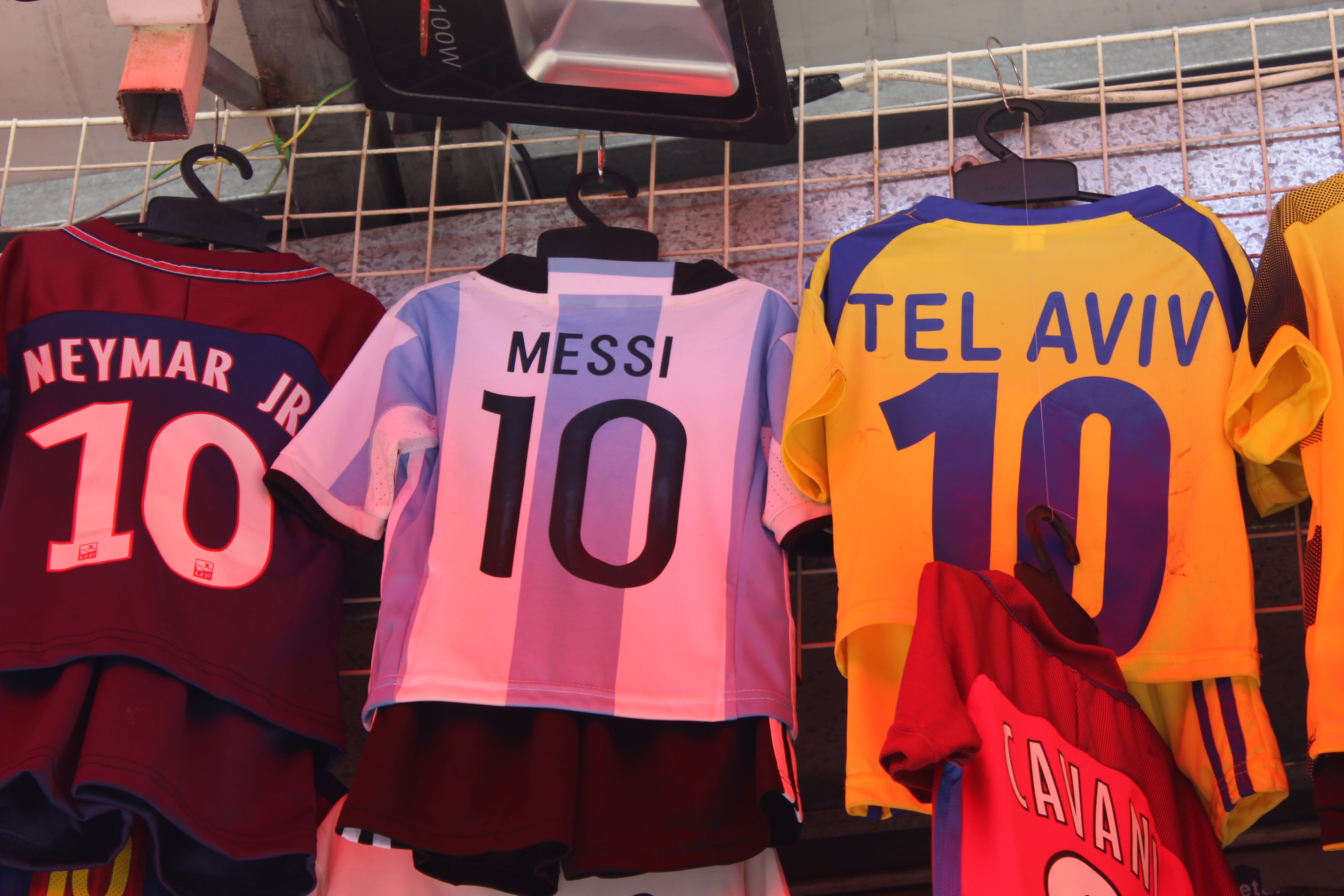 Messi shirts are a popular sight in Israel (Ruty Korotaev)
Messi, a soccer player beloved by many Israelis, was attracting a lot of attention to this game due to his celebrity status.“People love the Argentinian national team and Messi is one of the biggest names – not just as an athlete, but one of the biggest names in Israel,” said Artuz. “Every kid in Israel goes to school with a Messi backpack.”Fearing these threats from Palestinian groups, the two-time world champion Argentina team announced late on Tuesday that they would be canceling the game, citing safety concerns.On June 3, Rajoub threatened Argentina, stating that if they play against Israel in Jerusalem, he will start a campaign against Argentina, and particularly against Messi. “He’s a big symbol so we are going to target him personally and we call on all to burn his picture and his shirt and to abandon him. We still hope that Messi will not come,” he told reporters after leaving the Argentinian representative office in Ramallah.The Israeli embassy in Argentina confirmed on Wednesday that the cancellation was due to the threats made against Messi’s life, and that his teammates showed solidarity by also withdrawing from the match.However, fans in Israel are not convinced by these security threats.“I think it shows a lack of spine and a lack of courage,” said Rabbi Peretz Shapiro, who is a Chabad rabbi living in Dallas, Texas. “It just strengthens the hands of those in the BDS movement who just want to ostracize and marginalize the Jewish State. It sends the wrong message, I think it’s unfortunate and I wish they could reconsider.”Others look at the issue on a global scale.“There’s security problems everywhere all over the world and at some point we have to realize that and move forward,” said Lutek. In the future, he is concerned this occurrence will set an unwanted precedent.“Israel gets this opportunity to do something and it gets taken away,” he said. “Israel has to fight for every international event.”