IDF Lt.-Gen. Gadi Eisenkot said that while he 'doesn't believe that the army or myself is under attack, there are some things [that have been said] that I can't ignore.' 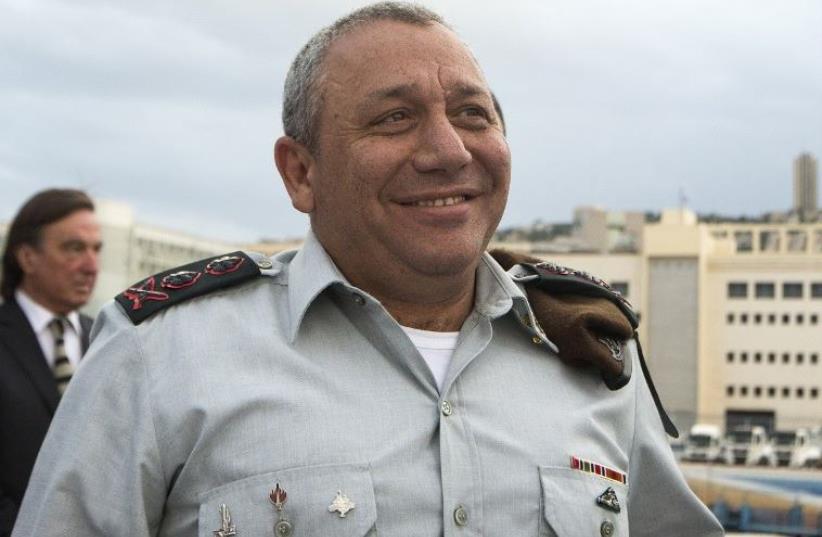 IDF chief of staff Lt.-Gen. Gadi Eisenkot
(photo credit: AFP PHOTO)
Advertisement
The army chief of staff on Friday hit back at far-right critics unhappy over his past remarks about the need for soldiers to show restraint in dealing with Palestinian attackers.In an interview with Army Radio, IDF Lt.-Gen. Gadi Eisenkot said that while he "doesn't believe that the army or myself is under attack, there are some things [that have been said] that I can't ignore.""The public's trust in the IDF is central to the IDF's ability to actualize its purpose," Eisenkot told Army Radio during a special pre-Passover broadcast honoring lone soldiers."Nonetheless, the IDF is not a democracy. It has rules and principles. It has a norm of behavior.""It is incumbent upon us as commanders to set a high moral threshold in order to delineate proper norms of behavior, even if they are unpopular," the army chief said.Eisenkot's comments come against the backdrop of growing anger among far-right circles in Israel over the recent arrest of a soldier filmed shooting a wounded Palestinian assailant in Hebron.A few thousand rallied in support of Sgt. Elor Azaria, the day after he was charged with manslaughter, at Tel Aviv's Rabin Square on Tuesday.The rally was held the day after Azaria, a 19-year-old Kfir Brigade medic from Ramle, was charged with manslaughter by a military court in Jaffa, a month after he shot a subdued Palestinian attacker in Hebron, minutes after the terrorist had stabbed and lightly wounded a soldier.In video of the incident, Azaria, who arrived minutes after the incident was over and the attacker, who had been shot and wounded, was motionless on the ground, can be seen firing a single shot into the man’s head, killing him.At the rally, there were those who said Azaria is a hero and that any terrorist who attacks a Jew or soldier must die and that “the boy” must be released. Others said it appears his conduct was wrong, but that he is by no means a murderer.Mixed in was a liberal helping of resentment towards the media, who many said “lynched” Azaria before he ever got his day in court.And though the protest was billed as an apolitical show of support for an embattled young soldier, the crowd was heavily right-wing, with a large number of Kahane Lives! stickers and T-shirts and ecstatic crowds singing hooligan chants calling for “death to the Arabs.” Many of the signs also left little to the imagination, including one held aloft by a young woman that read simply “Kill Them All.”Defense Minister Moshe Ya’alon – who has been the subject of intense criticism from the Right since the case opened last month, said Monday when asked about the rally that “we are not Islamic State – when we need to kill, we kill. But when the person is neutralized and not raising their hands, this is when it’s important that we maintain our moral compass.”Eisenkot has ruffled feathers in the past over remarks about the use of force against Palestinians by the security services.In February, he told soon-to-be conscripts that “the IDF doesn’t need to get swept up in clichéd statements like ‘Kill or be killed’ or ‘Whoever comes at you with scissors needs to be killed.’ “The tools that are at the soldiers’ disposal are sufficient,” the chief of staff said. “I don’t want to see a soldier empty a magazine [to shoot] a young girl with scissors.”The remarks were criticized by right-wing politicians and public figures, including senior Likud ministers. Prime Minister Benjamin Netanyahu publicly supported Eisenkot, although he did so after sharp criticism he faced for “not backing up” the IDF head immediately.When asked about the Hebron shooting, Eisenkot told Army Radio on Friday that he hoped the matter "doesn't compromise the public's faith in the IDF."