From grief to joy: Why Israel marks Remembrance Day the day before Independence Day

The sudden transition from mourning to celebration is tied to events that marred the birth of the state, historians reveal

Sirens wailed across Israel Tuesday evening to mark the start of Remembrance Day, evoking the memory of thousands of lost loved ones – soldiers and victims of terror – that have died.

To date, some 24,068 soldiers have died due to their service since 1860; this figure also includes members of underground militias that existed before the state was formed. At the same time, 4,217 civilians have been killed in terrorist acts since 1881.

Israel’s Remembrance Day, called Yom Hazikaron in Hebrew, is a solemn occasion when places of entertainment are closed and wreath-laying ceremonies are held at war memorials throughout the country. A second siren sounds the next morning at 11:00, for two minutes, marking the start of the main memorial ceremony at the military cemetery on Mount Herzl in Jerusalem.

A few hours later, on Wednesday evening, Israelis will suddenly cross over from grief to celebration, as the country fetes its 74th Independence Day, called Yom Ha’atzmaut in Hebrew. 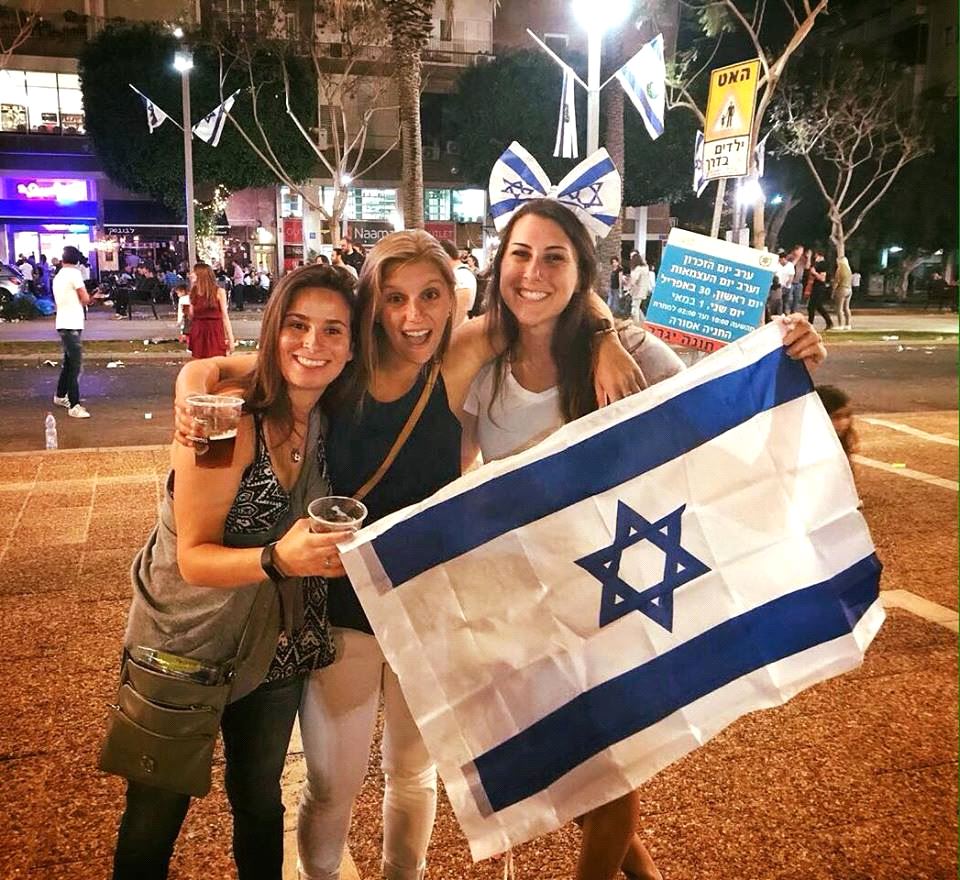 Ashley Yom Haatzmaut (credit: Courtesy)
This abrupt transition is linked to a significant event that marred the birth of the State of Israel, according to historians. Dr. Mordecai Naor, an author and researcher specializing in the history of the state of Israel and the Jewish people, told The Media Line that marking the two days consecutively happened “by chance.”

“The disaster in Gush Etzion took place during Israel’s War of Independence one day before the state was founded,” Naor said, referring to what is more widely known as the Kfar Etzion massacre on May 13, 1948.

In this attack, about 129 Jewish people – the exact numbers is disputed – were killed by Arab and Jordanian forces at Kibbutz Kfar Etzion, which is located in the Judean Hills beyond the Green Line that demarcates Israel’s pre-1967 borders. The massacre took place following a two-day battle between Jewish and Arab forces. Jewish residents ofthe kibbutz, who reportedly had surrendered, were said to have been rounded up in a courtyard and shot. Their remains eventually were interred at Mount Herzl in Jerusalem.

While Israel’s Independence Day celebrations were enshrined into law as a state holiday in 1949, Yom Hazikaron was only enacted into law many years later. “Up until 1963, marking Memorial Day just before Independence Day was a custom and not a law,” Naor explained. “As the years went by, the link between the two days grewand people began to say that it is impossible to celebrate Israel’s [independence] without also remembering the heavy price it paid.”

A torch-lighting ceremony held on Wednesday evening marks the conclusion of Memorial Day and the official beginning of Independence Day. The custom of lighting torches is inspired by ancient Jewish practices, Naor said.

“It was impossible to say when holidays began [in ancient times], so in Jerusalem it was decided that city mayors would light torches that would be visible from one mountain to the next,” he said. “The next mountain would continue and another torch would be lit and so on and so forth, and it was said that this torch lighting eventually reached Babel, or modern-day Iraq.”

Naor, 87, was 13 years old when Israel was formed and remembers attending Independence Day parades as a child. For the first 20 years of celebrations, large military parades dominated the day, but the practice was later limited to Air Force and Navy displays. The reason for this change is purely practical, he said.

The parades were stopped, Naor said, “because the Israel Defense Forces was against it and said that it completely disrupted their military activities. Thousands of soldiers would take part in it and would have to prepare for it two months in advance.”

Dr. Hezi Amiur, curator of the Israel Collection at the National Library of Israel, told The Media Line that most of the customs found in today’s ceremonies developed in the very first days of the State of Israel.

“The founders of the state, meaning David Ben-Gurion and his generation, were very aware of the importance of ceremonies,” Amiur explained. “They knew that they were forming the culture of the new state and that what they were doing would come to define its character for many years to come.”

Like Naor, he noted that the sudden segue from mourning to celebration was not intentional, at least initially.

“Israel’s independence was declared on May 14, 1948, and one day earlier Gush Etzion fell,” Amiur said. “It was one of the biggest blows to Israel during the War of Independence.”

The remains of those who were killed in the massacre were interred on Mount Herzl in November 1949 together with hundreds of other Israeli soldiers who fell during the War of Independence. They were the first to be buried in what would later become Israel’s national military cemetery.

“One year passed and the families of those who were killed held a memorial service at Mount Herzl one day before Independence Day; they had graves there,” Amiur said. “Because the wound of the Kfar Etzion massacre was so deep it ended up becoming the official Memorial Day for fallen soldiers.”