At age 13, the Palestinian stabbed a 12-year-old Israeli.

Ahmed Manasra, a 14-year old Palestinian, who was convicted of attempted murder for his role in an attack of a 13-year-old Israeli boy in 2015, leaves the courtroom after his sentencing at the district court in Jerusalem
(photo credit: REUTERS/AMMAR AWAD)
Advertisement

A parole board on Thursday rejected a third request for an early release by attempted murderer Ahmad Manasrah.

The board heard oral argument on the issue on Sunday, but some of the special history it has had to deal with may have led to a delay in the decision over the course of the week. Allegedly, Manasrah’s lawyers might still try a fourth time to get an early release based on claiming he is ill.

What is unusual about the Manasrah case is that during the height of the Knife Intifada of in 2015, when Manasrah was only 13, he stabbed and attempted to murder a 12-year-old Israeli named Naor Ben Ezra. With graphic video footage of the attack, Manasrah immediately achieved fame and infamy because of the shock of such a young Palestinian child trying to kill such a young Israeli child,

In addition, Manasrah was caught after a car hit him as he fled the scene.

Palestinian Authority President Mahmoud Abbas then made false global news, claiming Israel had executed an innocent 13-year-old minor in cold blood. When Israel published footage of Manasrah clearly alive in his hospital bed, Abbas backed off some, though the case still became a flagship saga for some against Israel for “mistreatment of minors” – ignoring his crime. 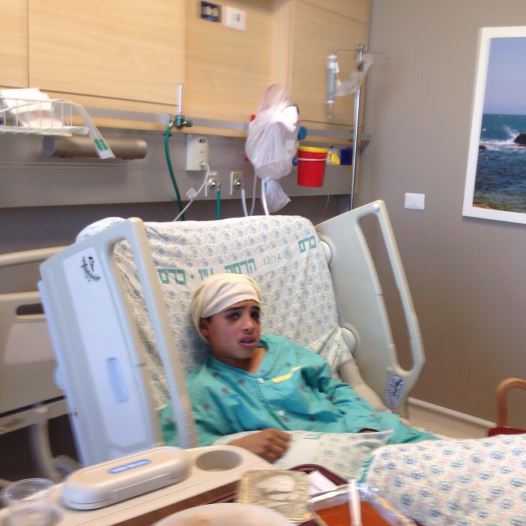 Next, then-justice minister Ayelet Shaked successfully moved forward legislation to allow sending a 13-year-old to jail for crimes previously committed once they reach the age of 14. Until the age of 14, Manasrah was sent to a closed orphanage, as the law mandated at the time.

But the new law facilitated sending him to prison once he reached the age of 14. Most of the political class was enraged by the idea that Manasrah could commit an ideological crime against Jewish Israelis with no consequence.

They claimed that the prior law had not been meant to cover such ideological crimes. But the current fight and Sunday’s delay can be dated back to when an additional law was passed in 2019, limiting the ability of parole boards to grant early releases for terrorism-related crimes.

Following the passage of that law, the prosecution objected to any early release for Manasrah, saying he had committed an act of terrorism. In fact, at first the parole board did not even allow Mansarah to file a written legal brief in favor of early release, saying that the 2019 law barred it from even considering the issue. However, on appeal, the district court ordered the parole board to carefully consider the specific issues in play.

This time, Manasrah was allowed to make oral arguments, but the board did not allow Naor Ben Ezra nor his lawyer Maurice Hirsch to make arguments against an early release.

There is a growing tradition of victims having a voice regarding issues of sentencing and early release of those who have assaulted them. Hirsch said the board was wrong to prevent Naor from being heard on the issue, while hearing Manasrah.

He said on Sunday if the board would grant an early release, he would appeal on the grounds that Naor was not given the chance to be heard. Recently, a board’s decision to grant an early release to a sexual offender was overturned by a district court when it heard some, but not all, of the offender’s victims.