Ahead of a duel with Israel, Finland’s Lauri Markkanen reflects on time with Bulls, Cavaliers.

The Eurobasket is arguably the best three-week basketball tournament in the world, with the top teams from around Europe competing against each other for the continental crown.

Add to that the dozens upon dozens of NBA players participating and you get one fantastic competition that will span four countries – Czech Republic, Georgia, Italy and Germany –for the group stages, with the knockout rounds taking place in Berlin.

As Israel prepares to face Finland in Prague, there is no question about who the star of its National Team is. Lauri Markkanen is the country’s foremost basketball player, one who has left its borders to play in the NBA. But the 6-foot-11 forward isn’t just any hoopster, he’s a bonafide superstar, having been selected seventh overall in the 2017 NBA Draft.

“Finland is the country I grew up in and representing Finland on the national team is my way of giving back to my home country and the Finnish community.”

While expectations have always been big, Markkanen has been a true light for his nation and as the Eurobasket is about to begin, the Cleveland Cavaliers forward looked back at his career while also peering ahead to the challenges in front of Finland and what it means to represent his country.

WHILE STILL only 21, Deni Avdija has the presence of a grizzled veteran on the Israel National Team, which tips off its Eurobasket campaign this weekend (credit: YEHUDA HALICKMAN)

“It means everything to me,” Markkanen began. “Finland is the country I grew up in and representing Finland on the national team is my way of giving back to my home country and the Finnish community.”

At the end of June, the forward joined Finland for the World Cup qualifiers, which was the first time in a while that he had done so, and one of those games came right down to the wire.

“It was four years since I last represented Team Finland so I had some jitters before my first game against Sweden in front of a packed home arena. But I found my rhythm after the first quarter. Obviously, both midsummer victories were tremendously important. The win against Croatia showed our character as a team, being able to claw back from an eight-point deficit in the last two minutes.” 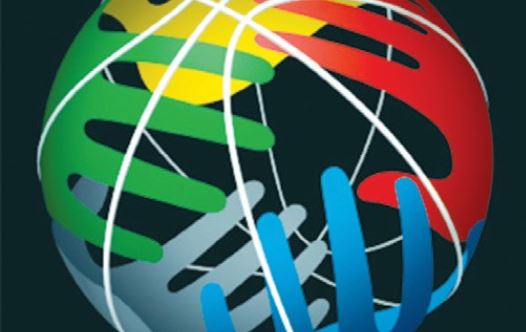 There are many FIBA windows throughout the season for both World Cup and Eurobasket qualification. Due to Markkanen playing in the NBA, he has missed many games, but that doesn’t mean he hasn’t been cheering for his teammates halfway around the world.

“The whole FIBA window thing is a question of politics and I try not to go too deep into that. I play for Susijengi [Finland’s national team] whenever I have the opportunity to do that and when I’m away from the team, I know for sure that all the guys are working their tails off.”

Markkanen and Israeli star Deni Avdija are similar in the fact that they are the lone NBA players on their respective national team squads. But that doesn’t mean that he is an individual trying to play with teammates who are not at the same skill level.

“In Susijengi, we play as a team. We really enjoy playing together and being around each other. We all want to complement each other and when I wear that Finland jersey, I don’t think about the NBA. I try to bring to the table whatever my teammates and our coaches want me to bring.”

Finland’s head coach Lassi Tuovi is relatively young at the tender age of 35. While he has a very prominent role, Tuovi has been coaching for many years and brings a tremendous amount of know-how to the table.

“Lassi has been a part of Susijengi’s coaching staff for like 10 years now and he has been very vocal in practices and games for as long as I have been in Susijengi. He’s a very smart and a very precise coach, demands a lot from himself and others and is an excellent communicator and very knowledgeable in the game of basketball.”

The Eurobasket group in which Finland and Israel's play is no doubt a tough one. In Prague, there is a loaded Serbian team led by Nikola Jokic, a tough Poland team, host Czechia as well as Holland. Markkanen looked at what Finland will need to do in order to advance to the next stage.

“It is a tough group but we all like challenges. There’s nothing better than the possibility to play against the very best and it’s been five years since the last EuroBasket so we’re really looking forward to the possibility. While we prepare for all the opponents, the most important thing to do is play and perform as a team.”

Back in 2017, both Markkanen and Finland had an excellent group stage, however, the knockout game against Italy was an entirely different story as the Cavs’ forward only scored four points in a disappointing 70-57 loss.

“Naturally, everybody in the team was disappointed about the loss in Istanbul, but it’s been many years now and we have developed quite a lot as individual players and as a team since then.”

Markkanen grew up in Jyväskylä and was surrounded by a basketball-loving family,

“My mom and dad both were basketball players, as were my two older brothers. I just kind of jumped on the bandwagon. There was a lot of snow in Jyväskylä during wintertime, but I just shoveled the snow away and put on my winter coat and mittens and shot the ball in our backyard.”

The NBA of course was a dream as Markkanen moved up the ranks, but it was only once he moved to the United States to play college ball at Arizona that he saw the possibility of becoming a professional as a reality.

With the Wildcats in 2016/17 and under the tutelage of head coach Sean Miller, Markkanen was able to put up impressive stats in his only college season with 15.6 points and 7.2 rebounds

“My lone year with the Wildcats was a terrific experience and I will always cherish the memories from that season.”

On draft night in 2017, Markkanen was taken by the Minnesota Timberwolves, but was quickly shipped out to the Chicago Bulls with Zach Lavine and Kris Dunn for Jimmy Butler and Justin Patton as the Finn began a four-year stint in the Windy City.

“Draft night was like a blur. I had awaited that night for such a long time and then it was, like, over. It was a dream come true for a young kid from Jyväskylä, Finland.”

During the four years with Chicago, Markkanen was named to the 2018 All-Rookie Team and put up very good numbers with 15 points and seven rebounds a game. However, the Bulls struggled and could never really get out of first gear during that time while also going through a number of coaches.

“I don’t think things went wrong with me and the Bulls. I had my moments with the Bulls, but we weren’t really able to pull everything together as a team, considering playoffs. Since we’re talking about pro sports, the new front office felt they had to make some changes.”

Markkanen was shipped out to Cleveland for this past 2021/22 season and helped the Cavaliers to a solid season while just missing out on the playoffs. The forward looked rejuvenated around a young team with a number of up-and-coming players and being a leader at the tender age of 25.

“We really liked being around each other. We loved [coach] J.B.’s [Bickerstaff] system and had that youthful energy and once we began taking wins, we understood we could really make some noise in the league. If it wasn’t for all the injuries, I believe we had the possibility to go deep in the playoffs.”

“It kind of struck me at some point when I was the oldest guy in our starting line-up. Evan and Darius are both crazy talented guys and I think we really supported each other throughout the season.”

While the Cavs are a developing team, there were two crucial veterans in Kevin Love and Ricky Rubio (until he went down with an injury) who really aided to steer the club all season long.

“Injuries are part of the game and as athletes, we just try to stay in the present and look forward. Both Kevin and Ricky were huge for us. It was so great to see veterans such as them play such inspired basketball.”

Cleveland will now look to take that next step and find a way into the postseason as a team that has gained experience, and the players know how much is needed to do just that.

“With Collin Sexton healthy and Ricky coming back, we are one year older and wiser,” Markkanen explained. “We can take what we had last season and improve from that and build that collective confidence one practice, one game at a time.”

As for the upcoming Eurobasket, Markkanen sees it as an important opportunity, especially for the future of Finnish basketball as the federation is trying to make a mark on with the youth.

“It’s going to be huge. Like I said, five years since the last games and with COVID and everything else looming in the background, it’s great to be able to play and perform again. Our team is younger than five years ago and this will be the first big international competition for many of us, so it’s a good stepping stone.”

“Finnish basketball has developed a lot within a few years. Obviously, I mostly see that around the national team with all the up-and-coming young players stepping into Susijengi practice and giving us older guys a run for our money. Personally, I consider it a privilege to be able to impact kids and junior players on this level and it feels good to be around them.”