How can Israel help Ukraine without sending military equipment? - analysis

Israel has confronted Iranian weapons trafficking in the region in the past, particularly via the war-between-the-wars campaign in Syria. 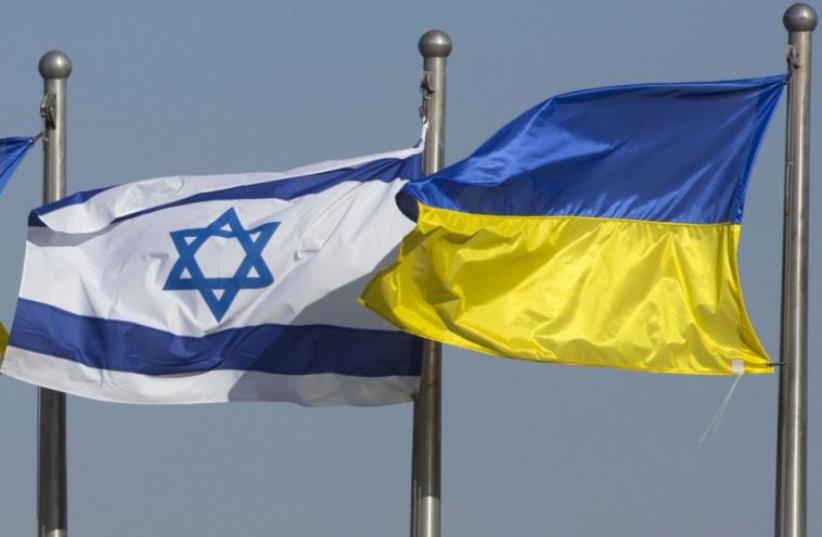 Russia is increasingly using Iranian-style drones to strike Ukraine, and there are reports that Iran could now be readying to supply missiles to Russia – as well as sending more technicians to help Russia with its drone war. The Russian use of Iranian-style drones, either brought from Iran or built in Russia, is now a major concern. This has led to increasing focus on Israel and whether Israeli air defenses could be sent to help Ukraine; or whether Israel has a duty to do more for the beleaguered East European country.

Considering the reluctance in Jerusalem to send military aid, the fact that Israel has elections coming up and Russian threats that if Israel supplies arms this will destroy relations with Moscow are all very good reasons for the Jewish state to be concerned about greater involvement.

This puts Israel in a bind. On the one hand, it is a close ally of the West and has condemned Russia’s invasion. Israel also has some of the best multi-layered, integrated air defenses in the world. Some of these are developed with US cooperation, such as Arrow and David’s Sling; others receive US support, such as Iron Dome. Israel has sold the US two Iron Dome batteries; the American company Raytheon is a partner for Israel’s Rafael on the Iron Dome and David’s Sling system.

Israel has also exported its Barak and Spyder air defense systems to countries like India and Morocco, so there are opportunities for the Jewish state to explore exports of systems to Ukraine, perhaps via third parties.

On the other hand, sending sensitive, expensive and advanced Israeli air defenses to Ukraine may be difficult, in part because of their cost and also sensitive issues such as not wanting them to fall into Russia’s hands, or provoking Moscow to retaliate in Syria. So what else could Israel do that could support Ukraine, without military involvement?

Iran's shipment of drones to Russia is an issue

ONE OF the main issues today is Iran’s shipment of drones to Russia – and now there are reports that Iran may send missiles and technicians. This could be a weak link in the Russia-Iran axis because drones can be the subject of airstrikes or sabotage. Israel has confronted Iranian weapons trafficking in the region in the past, particularly via the war-between-the-wars campaign in Syria. Israel and the US have cooperated in confronting Iran there. Earlier this year, the US-led coalition shot down Iranian drones heading for Israel, which has used F-35s to down Iranian drones. Israel has also highlighted the way Iran trains its drone operators.

Israel could aid Ukraine by advising or aiding on how to stop the drones before they end up in Russia’s hands, or providing information on how the drones can best be interdicted. The Iranian-style drones are cheap for Russia to use and they fly slowly. There are many opportunities to stop a drone before it hits its target: in the early phase when the drone is being manufactured when it is being shipped, or when it is sitting on a launcher.

Ukraine has shown its ability to strike at Russian forces beyond the front line, hitting the drones while they are in containers or on launch pads, which can be a method for Kyiv to cut down the threat. It’s plausible that Western countries could help Ukraine in this regard.

Israel’s knowledge of the drone threat, because it has already dealt with Iranian ones for years, could aid in support in ways that don’t mean supplying actual military equipment. These methods can relate to detection and information; details about drone flight paths and radar signatures; or classification, identification and other methods that help air defenders.

This also relates to the Iran missile threat and IRGC support for Russia’s war. Moscow has long worked with the Guard Corps, including in Syria – and there are many opportunities to identify the IRGC network that aids Russia, to help in identifying them for sanctions and providing the details necessary for Western countries to identify the threats that Iran is exporting to Russia.

Iran’s supply of drones to Russia illustrates how the threat to Israel is now a threat that is expanding to the borders of Europe. Jerusalem has extensive experience dealing with the kind of conflict Russia has unleashed on Ukraine. This means it is well placed to aid Kyiv, either on the information front, on the sanctions front or in detection and early warning.

All of this can be done without sending expensive, complex, advanced military hardware – the kind of hardware that Western countries are often careful about exporting.