No injuries were reported and the perpetrator was shot and later died of her wounds. 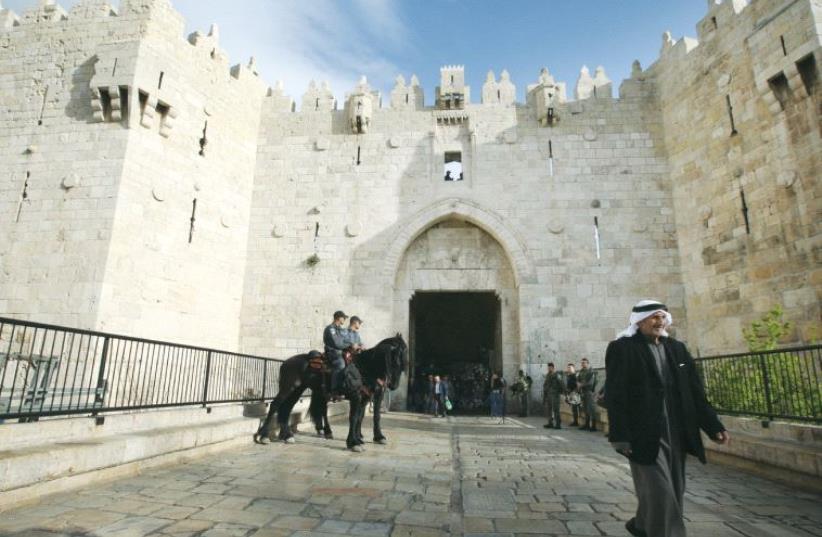 Damascus gate, Jerusalem
(photo credit: MARC ISRAEL SELLEM)
Advertisement
An unidentified Palestinian woman who threatened Border Police officers with a knife at the entrance to the Old City’s Damascus Gate was shot Sunday by her would-be victims. None of the officers were wounded.The attempted attack took place shortly before 7 p.m., according to police.“The female terrorist approached Border Police officers who were on patrol at Damascus Gate, waved a knife in the air at the officers, and the terrorist was shot and critically injured,” said police spokesman Micky Rosenfeld.“The area was immediately cordoned off and security heightened as we look into the identity of the terrorist and where she came from,” he added.The Damascus Gate remains a volatile area nearly one year after multiple attacks took place there at the height of the so-called “stabbing intifada.”On April 14, Hannah Bladon, a 20-year-old British exchange student, was stabbed to death in an attack on the Jerusalem Light Rail, a few meters outside the Old City, where tens of thousands of visitors from around the globe were observing Passover and Easter.The 57-year-old suspect in that attack, a resident of east Jerusalem’s Ras el-Amud neighborhood, boarded the train, which was heading toward the center of town, at Damascus Gate stop.Two weeks earlier, two Jewish teenagers and a police officer were stabbed in the Muslim Quarter by an Arab assailant who was shot and killed after attempting to seek refuge in a nearby residence.Just days prior, Siham Rateb Nimir, a 49-year-old east Jerusalem woman, was shot dead by Border Police after unsuccessfully attempting to stab an officer near the Damascus Gate with scissors.