“The consent of the finance minister sends a positive signal to make a significant step to solve the problem, and I welcome that.” 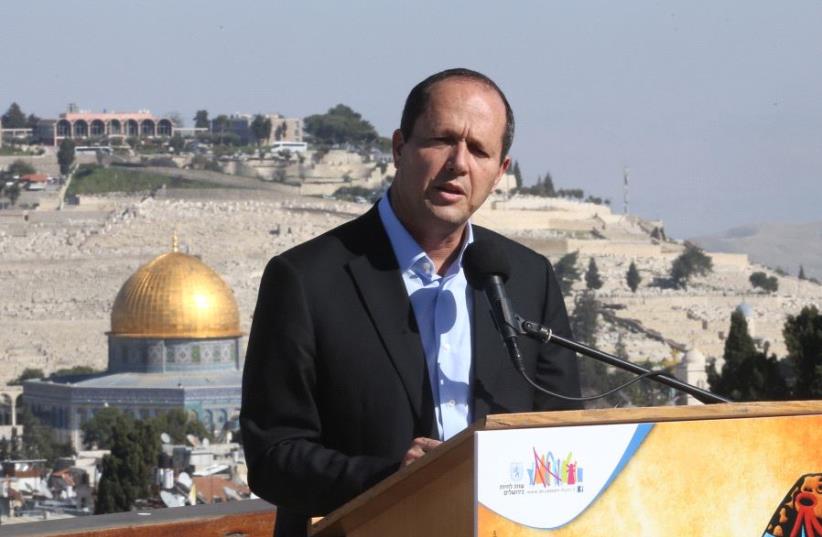 Nir Barkat
(photo credit: MARC ISRAEL SELLEM)
Advertisement
One week after initiating a citywide strike over claims the Finance Ministry reneged on a deal to allocate NIS 800 million for the Jerusalem Municipality’s annual budget, Mayor Nir Barkat on Sunday praised the prime minister for helping temporarily resolve the impasse.Barkat, who also launched a sanitation strike one year ago that left the capital covered in garbage over a dispute with Finance Minister Moshe Kahlon, said the municipality will work with the Prime Minister’s Office to create a budget commission charged with solving the crisis within two weeks.“I thank the prime minister, who deeply understands the needs of Jerusalem, and allowed an in-depth discussion with the government for over one hour to find a solution to the budgetary plight of the capital,” Barkat said. “The decision to establish a team of ministers and CEOs, led by the PMO, to find a solution to the Jerusalem budget crisis within two weeks is the right decision, which we demanded all along.”According to Barkat, the commission will include Interior Minister Arye Deri, Minister of Jerusalem Affairs and Heritage Ze’ev Elkin and several other unnamed officials and business executives.In a potential detente between the mayor and Kahlon, who traded sharply worded barbs for the duration of last week’s strike, Barkat said the finance minister is backing the ad hoc team.“I am also pleased that the finance minister expressed support at the meeting for the establishment of a team to find a solution for the immediate fiscal crisis,” he said. “The consent of the finance minister sends a positive signal to make a significant step to solve the problem, and I welcome that.”Barkat added that it was also decided to create a long-term solution to ensure an agreed upon amount of government aid will be forthcoming to avert another standoff next January.