Sarah Montague conducted an interview with the defense minister shortly after the Israeli election. 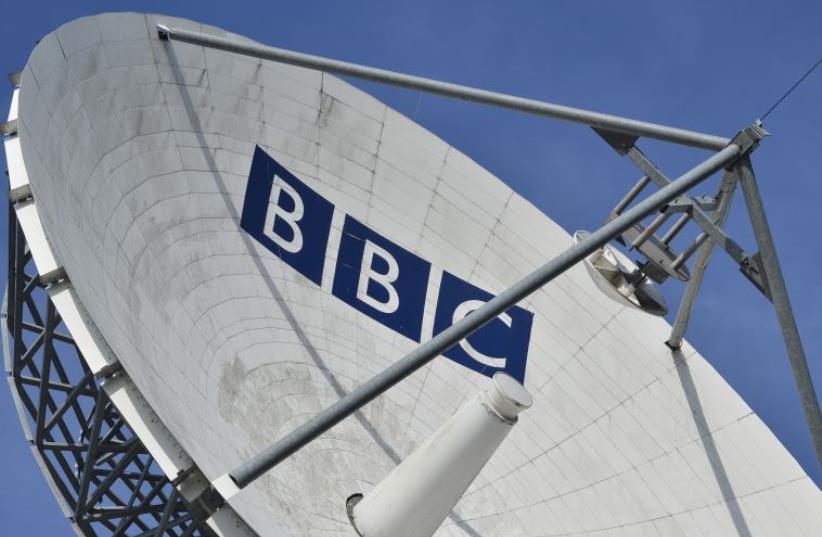 A satellite transmission dish is seen near BBC Television Center at White City in London
(photo credit: REUTERS)
Advertisement
The British Broadcasting Corporation publicly admonished a presenter on its Radio 4 station on Wednesday for failing to adequately challenge Defense Minister Moshe Ya’alon on statements he made during an interview shortly following the Israeli election.According to the British newspaper Guardian, the BBC received several complaints from pro-Palestinian listeners, among them noted film director Ken Loach, who were upset over Sarah Montague’s chat with Ya’alon this past March.“Mr. Ya’alon was allowed to make several controversial statements on those matters without any meaningful challenge and the program makers have accepted that the interviewer ought to have interrupted him and questioned him on his assertions,” the BBC head of editorial complaints, Fraser Steel, wrote.“The result was that the output fell below the BBC’s standards of impartiality,” he said.Montague’s interview with Ya’alon was panned by the Palestine Solidarity Campaign, which posted a transcript of the exchange on its web site and dissected it in order to highlight perceived inaccuracies and biases.“You understand, I’m sure, that this interview is a serious breach of the requirement for impartiality,” Loach wrote in his letter, which was reported by the Guardian. “Unlike all other Today interviews, the minister was allowed to speak without challenge. Why?”“You and your interviewer have seriously betrayed your obligation to report impartially and to challenge assertions that are unsustainable,” the director wrote.“Today presenters are known for their ferocious questioning of government ministers, their constant interruptions, their sharp challenges and refusal to brook any nonsense,” PSC director Sarah Colborne wrote. “However, Sarah Montague afforded Moshe Ya’alon the unprecedented privilege of absolute silence to set out the Israeli stall and meekly accepted everything he said.”