Beduin diplomat sanctioned over threat to take Israel to The Hague 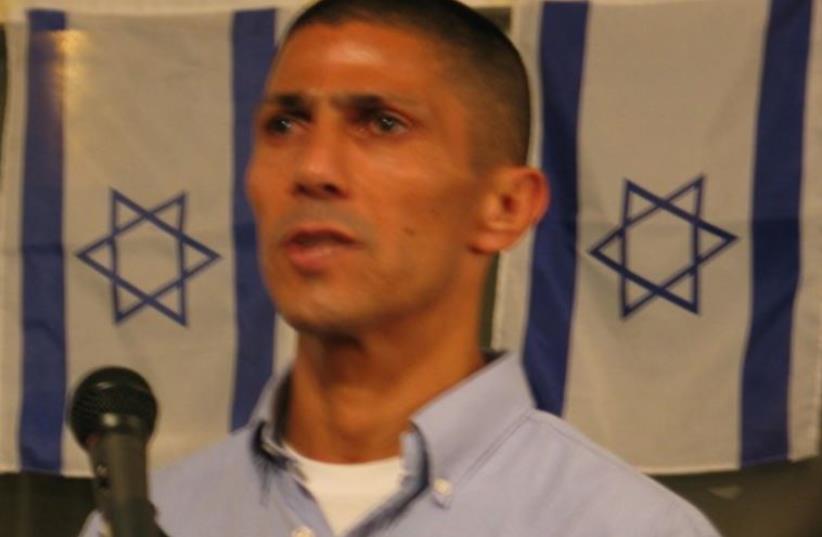 Israeli Beduin diplomat Ismail Khaldi speaks at Rutgers
(photo credit: Wikimedia Commons)
Advertisement
Deputy Foreign Minister Tzipi Hotovely initiated disciplinary measures on Thursday against a Beduin diplomat who wrote and then removed and apologized for a Facebook post slamming Israel for real-estate policies in his northern village of Khawaled.Ismail Khaldi, Israel’s first Beduin diplomat, accused the Zevulun Regional Council and the Israel Lands Authority in an English Facebook post on Tuesday of “Beduin heritage cleansing” because the council plans to sell plots in the village near Haifa to people from outside the village, “including Arab real-estate mach’ers/traders.”The result of this policy, he said, is that local residents won’t be able to afford the land, “leading to the elimination/ cleansing of Beduin heritage, tradition and norms.”Khaldi continued, “What to do? Keep fighting. Even if we need to go to the ICJ (International Court of Justice!) We we won’t allow the council to turn Khawaled into an isolated ghetto!!” Hotovely said the ministry “will not tolerate a situation where an Israel diplomat gives backing to the industry of lies against Israel.” Khaldi currently works in the ministry’s department of public diplomacy.Hotovely characterized as “unprecedented” a situation where an Israeli diplomat calls for action against Israel at The Hague, and said that it must be dealt with severely.Following Hotovely’s statement, Khaldi posted an apology on his Facebook page.He said that he posted the original comment “in a moment of anger.”“I let my frustration and anguish guide me, and wrote terrible things,” he wrote. “I deeply regret it and apologize for everyone affected. It’s neither my way nor my education. I served Israel with distinction as a soldier and as a diplomat. I understood immediately I made a grave mistake in writing such a post, and erased it.”Hotovely said that although the apology is “important,” the incident will still be treated gravely.This was not the first time Khaldi has been disciplined because of a Facebook post.In 2015, he was summoned from his post in London for explanations of a post in which he wrote that “a colleague in the ministry and others in Israel hate Arabs and Muslims more than antisemites hate Jews.”Khaldi, charged in London with spearheading efforts gained by BDS, also mocked joy in Israel at the release of Jonathan Pollard. Following Pollard’s release, Khaldi copied a positive post by then Interior Minister Silvan Shalom and wrote: “This is what is really important? A Jewish spy is more important than a Beduin village that does not have an access road? Or are they second class?” In July the Knesset’s Special Committee for Distributive Justice and Social Equality agreed to work toward paving an access road to his village after a protracted struggle.Khaldi joined the ministry in 2004.