Bennett: Ayelet Shaked is the best justice minister Israel has ever had

"The judicial revolution occurred thanks to the professionalism, consistency and wisdom that have always characterized Ayelet in her work for the Israeli public," Bennett said. 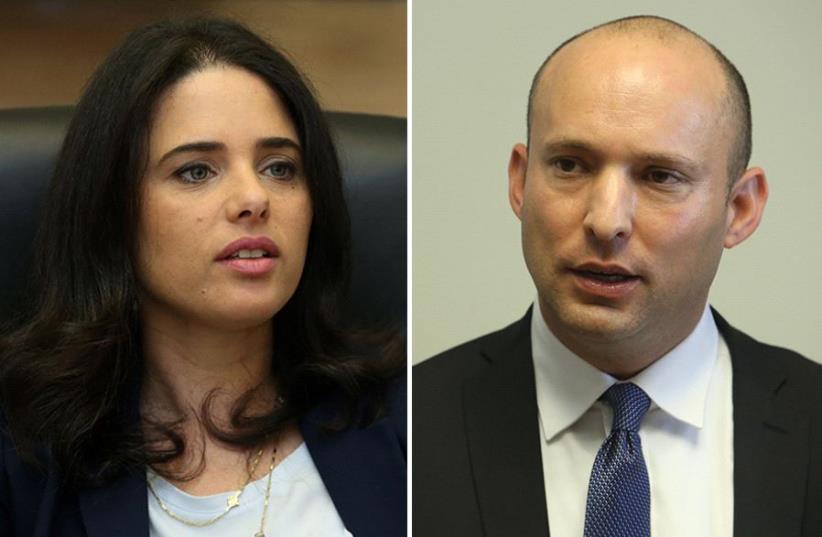 Bennett and Shaked
(photo credit: MARC ISRAEL SELLEM)
Advertisement
"Ayelet Shaked is the best justice minister Israel has ever had," Education Minister Naftali Bennett wrote on his Twitter account on Thursday.Bennett's statements come in the wake of numerous attacks against Shaked following the revelation of the scandal surrounding Israeli Bar Association head Efi Naveh, who allegedly traded sexual favors for judicial appointments."Shaked has carried out an unprecedented revolution in the judicial system, and in the opinion of many, including myself, she is the best justice minister Israel has ever had," Bennett wrote. "The judicial revolution took place thanks to the professionalism, consistency and wisdom that have always characterized Ayelet in her work on behalf of the Israeli public."I've known Ayelet Shaked for years. All of her actions have always been lawful, stemming from deep loyalty to one thing only: the good of the State of Israel," Bennett wrote."If a member of the committee for the appointment of judges is flawed, this is serious and constitutes a violation of the integrity of the judicial system, which is one of the cornerstones of the rule of law in Israel," Bennett wrote. "The law enforcement agencies must investigate thoroughly in order to find out the truth and bring any lawbreakers to justice."I turn to my friends on the left: Don't make a mistake - Ayelet Shaked won't be easily broken. The political attacks against her won't weaken her. Ayelet Shaked's judicial revolution will not be stopped."The police arrested Israel Bar Association President Efi Nave, a magistrate’s court judge and the wife of another magistrate’s court judge on Wednesday under suspicion of involvement in a scheme of sexual favors for judicial appointments.Israel politicians reacted swiftly and strongly to the reports. "The public deserves answers to a scandal that is on an unprecedented level” MK Stav Shaffir (Labor) said, adding that the justice minister “should tell the whole truth or resign – those are the only options.”Opposition leader Shelly Yacimovich, accused the justice minister of giving “her protection to Efi Nave, a man with blatant criminal patterns, and she has allowed him to control the appointment of judges in Israel.“I respect the justice system,” she continued, but said that Supreme Court president Esther Hayut must distance herself from “the minister who has polluted the system and stand boldly against her.”Likewise, fellow Labor MK Merav Michaeli said that Shaked “entered into an alliance with a criminal and backed him up with her silence – and must be held accountable for the ruins she leaves behind.”Maayan Jaffe Hoffman and Yonah Jeremy Bob have contributed to this report.