Zvi Regev's son, Eldad, was captured and killed by Hezbollah guerrillas in a cross-border raid along with Ehud Goldwasser, igniting the Second Lebanon War. 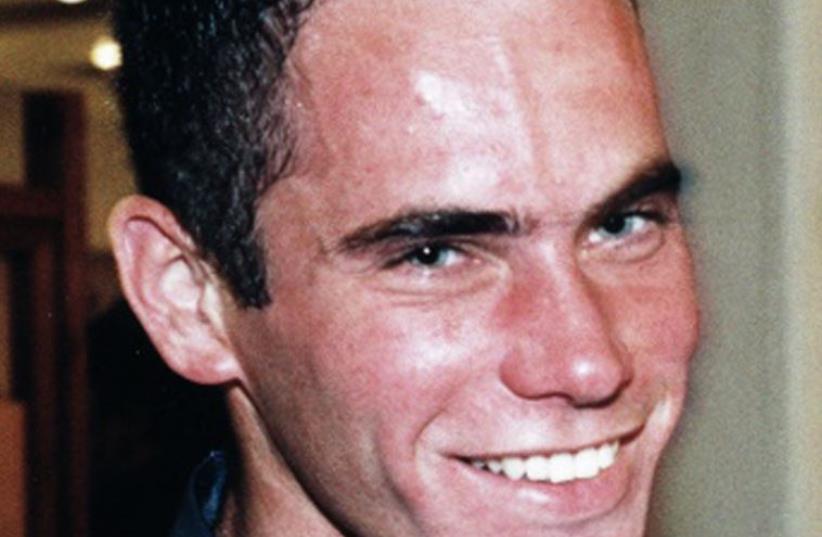 An undated handout picture released July 15, 2008 shows Israeli reserve soldier Eldad Regev
(photo credit: REUTERS)
Advertisement
The father of one of the soldiers whose capture by Hezbollah set off the Second Lebanon War in 2006 expressed displeasure on Wednesday over the appointment of the army officer, who was blamed by many for allowing the incident, to the position of police commissioner.Zvi Regev, whose son, Eldad, was captured and killed by Hezbollah guerrillas in a cross-border raid along with Ehud Goldwasser, told Army Radio that he views Gal Hirsch, the former brigadier-general who was Galilee Division commander, as responsible for the abduction."I have mixed feelings about the appointment of Brig.-Gen. (res.) Gal Hirsch [to the position of chief of police]," Regev told Army Radio. "Gal Hirsch was the commander of the division which operated in the area where my son was kidnapped. He was responsible for allowing the kidnapping, and to this day only he knows what really happened over there. We have only received partial reports about what happened."Hirsch, 51, is chairman of the Israel Leadership Institute, an educational NGO, and Defensive Shields Holdings, a consulting service.Hirsch resigned from the IDF amid extensive criticism of his actions following 2006’s Second Lebanon War, during which he commanded the Galilee Division.Much of the criticism was of his handling of the kidnapping of reservists Regev and Goldwasser, which sparked the war, leading then- IDF chief of staff Dan Halutz to determine that he would not be promoted again.The Winograd Committee, which investigated the war, absolved Hirsch of any blame for the kidnapping, and the committee’s chairman, Dr. Eliyahu Winograd, said that an injustice was done to him.Hirsch returned to the IDF as deputy commander of the Depth Corps in 2012.Previously, Hirsch was commander of the Bahad 1 officer training base, Paratroop Battalion 202, and the air force’s Shaldag commando unit, among other positions.On Tuesday, Hirsch wrote on Facebook that he is very excited about his new job, which the cabinet and the Committee on Appointments of Senior Civil Service Officials, led by Jacob Turkel, still need to approve.“Israel Police fighters and officers have been for many years my brothers and sisters in arms and my partners on many missions. I am happy that I was given this trust and am waiting for the appointment process to be completed,” he said.Erdan called Hirsch “an excellent and valued officer who led changes and reforms in every unit he commanded.“I am convinced that Gal is the most appropriate candidate at this time to lead the changes necessary in the Israel Police and to increase trust in it,” Erdan said. “Together with the Israel Police officers and experienced senior commanders, Gal will promote important reforms to increase the personal security of Israel’s citizens and improve their quality of life.”Lahav Harkov contributed to this report.