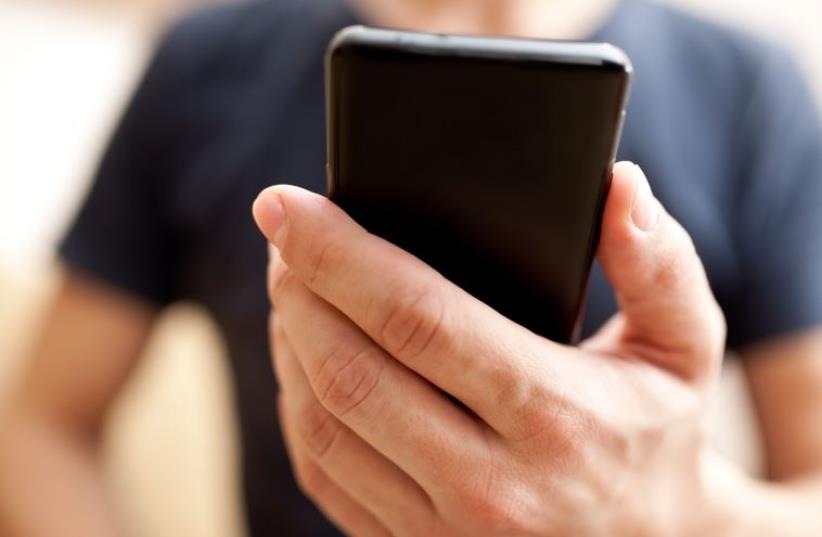 A man using mobile smartphone
(photo credit: ING IMAGE/ASAP)
Advertisement
The Defense Ministry’s Families and Commemoration Department has unveiled an application designed to track and list hundreds of events honoring the memory of fallen soldiers.The application was released a few days ahead of Remembrance Day for Fallen Soldiers of Israel and Victims of Terrorism, which begins on Tuesday evening.The idea for the application came from Ofer Mendelovich, father of St.-Sgt. Oz Mendelovich, a 21-year-old Golani Brigade soldier who was killed in action against Hamas in the Gaza Strip in July 2014.The bereaved father asked the Defense Ministry, together with the Defense Ministry’s C4I Department, to develop the application, called Mehabkim Kol Hashana (Hugs All Year).In recent weeks, families of the fallen updated the application with commemoration events such as marches, runs, bike races and evenings held in memory of loved ones.The application, which is compatible with iPhones and Android, uses the location of users to list local commemoration events, as well as to provide nationwide data.It will enable navigational routes to the events, and list them in chronological order.Official state ceremonies will also be listed.“The Defense Ministry invites the public to download the application, to take part in commemoration events, and to hug the bereaved families all year long,” said Aryeh Mualem, deputy director- general of the Families and Commemoration Department.“We very much hope that by developing this application, we can assist bereaved families in notifying large sections of the public about commemoration events for their loves ones, so that even those who did not know the fallen well can take part in the events and pay respect to their memory,” he added.