Best Picture nominees not so white at this year’s Oscars

Hollywood has gone gaga for ‘La La Land,’ which got a staggering 14 nominations 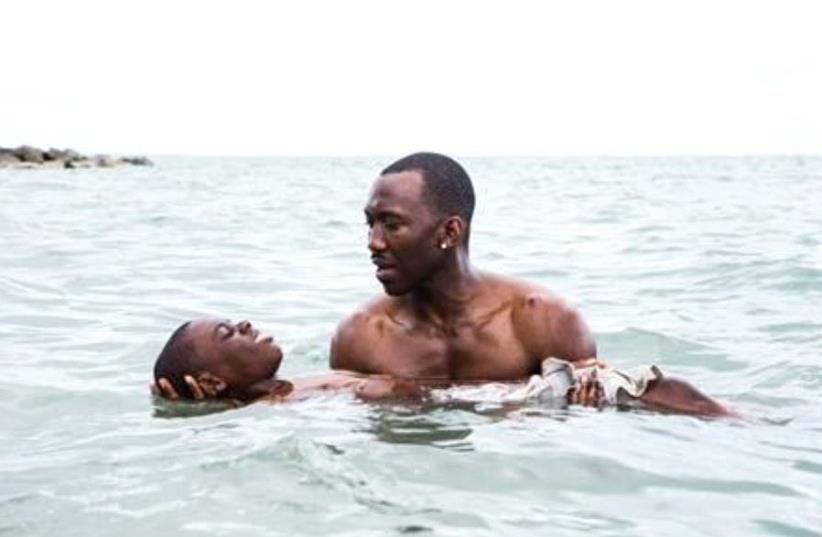 The film 'Moonlight'
(photo credit: PR)
Advertisement
It’s Oscar time Sunday night in Hollywood and this year you can bet that the winners will not be so white. While last year, the Academy faced a storm of criticism over the nominees who did not include minorities. This year it seems likely that the Oscars will make history, rewarding as many as three out of four African Americans in the acting categories.The ceremony, hosted by Jimmy Kimmel, will be broadcast live on February 27 on YES One and HOT Gold at 3:30 a.m. You can also stream the ceremony live on abc.com.The red carpet coverage will begin at approximately 1 a.m. on YES One and 2 a.m. on HOT Gold. You can see a rebroadcast of the ceremony, with Hebrew translation, on February 28 at 9:30 p.m. on YES 1 and 10 p.m. on HOT Gold.But although there are an unprecedented seven non-white acting nominees, and four Best Picture nominees (Fences, Hidden Figures, Lion and Moonlight) that revolve around non-white characters, the biggest winner will likely be La La Land, a throwback to the era of old-fashioned romantic musicals. Hollywood has gone gaga for La La Land, which got a staggering 14 nominations. It has divided audiences, some of whom see it as charming and escapist, while others have criticized it as a lackluster musical with leads that lack chemistry and singing ability.There were many memorable movies this year, among them Moonlight, Lion and Manchester by the Sea, but La La Land seems to have won the voters’ hearts. I predict this is one of those Oscar successes which, like the 2011 The Artist, will make people look back in a few years and wonder, “What were they thinking?”While there will always be surprise winners, one thing is certain: The least popular man in Hollywood this year is not an actor or director, but the US president. So you can expect anti-Trump jokes and rants from Kimmel, the presenters and the winners.And now, the predictions:BEST PICTURE: The only movie that has a glimmer of a chance of defeating La LaLand is Moonlight, the story of an African-American boy growing up gay in a Florida ghetto, which would be the choice for all those who want to pick the movie that President Trump would hate most. But La La Land appears unstoppable this year.WINNER: LA LA LANDBEST ACTRESS: Emma Stone, the star of La La Land, seems to have a lock on this. A few are predicting Isabelle Huppert for Paul Verhoeven’s Elle, in which she plays a rape victim looking for revenge, or Natalie Portman, for her portrayal of Jackie Kennedy in Jackie.But love it or hate it, La La Land’s success rests in large part on Stone’s slender shoulders.WINNER: EMMA STONEBEST ACTOR: This is the most competitive category this year, and it has long been seen as a battle between Denzel Washington for Fences and Casey Affleck in Manchester by the Sea.I’d give the edge to Washington, even though he has won twice, because his character has the kind of big scenes that win Oscars. A surprise win for Viggo Mortensen for Captain Fantastic would be fun, but it won’t happen.WINNER: DENZEL WASHINGTONBEST SUPPORTING ACTRESS: This is the surest bet this year. Viola Davis, who has already won the Golden Globe and more than 20 critics’ awards for this performance, will win for her portrayal of Washington’s reserved, neglected wife in Fences.WINNER: VIOLA DAVISBEST SUPPORTING ACTOR: Mahershala Ali is the front-runner for his portrayal of a drug dealer with a kind side in Moonlight.WINNER: MAHERSHALA ALIBEST DIRECTOR: La La Land’s Damien Chazelle seems set to win this one, too.WINNER: DAMIEN CHAZELLE for LA LA LANDBEST ADAPTED SCREENPLAY: Moonlight outshines all the others in this category.WINNER: BARRY JENKINS for MOONLIGHTBEST ORIGINAL SCREENPLAY: Manchester by the Sea brought tears to many eyes, and I will tear up again if Kenneth Lonergan doesn’t win for this screenplay, and is edged out by La La Land.WINNER: KENNETH LONERGAN for MANCHESTER BY THE SEABEST FOREIGN LANGUAGE FILM: The comic German film, Toni Erdmann, has been a huge success in Europe, but Asghar Farhadi, the Iranian director who announced he won’t attend the Oscars even if he gets an exemption from the travel ban, is likely to get the award for his latest film, The Salesman. He won in 2012 for A Separation.WINNER: THE SALESMAN