“Who is going to be the voice of my children now that Rakefet is closing,” resident asks. 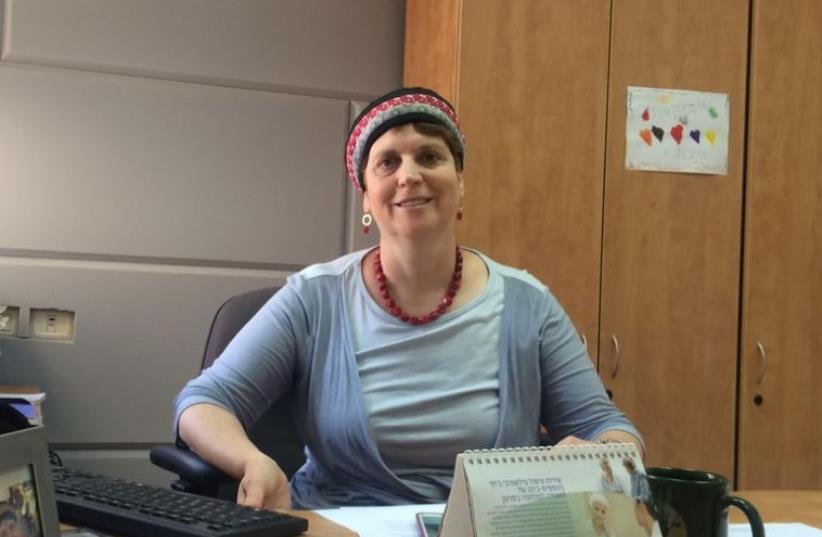 Ziva Shapira
(photo credit: SAM SOKOL)
Advertisement
A popular child-development center will close down in Beit Shemesh next month due to lack of cash, administrators said on Thursday in a letter blaming the city’s municipality.Merkaz Rakefet, which provides services such as occupational, physical and speech therapy to around 1,800 children annually, lashed out at Mayor Moshe Abutbul (Shas) after he vetoed providing the nonprofit institution with any portion of funding given to the city by the national government during a committee meeting Wednesday morning.Although Beit Shemesh receives more than NIS 400,000 annually from the government for child-development issues, the center, which is financed by a combination of private donors and payments from health funds, does not receive any of it, director Ziva Shapira told The Jerusalem Post.Forty-three people are slated to lose their jobs when the center shuts its doors on July 31.Five years, ago when the municipality began receiving government funding that was earmarked for registered child-development centers, Rakefet was the only such body in the city, but officials quickly moved to establish a competitor at the Meyerhoff Community Center and providing it with all of the money, according to Rakefet.“They claim they have 400 kids, we have 1,800 kids,” Shapira said.Shapira currently funds many of the Rakefet’s expenses out of her own pocket and the center is around NIS 500,000 in the hole, she added, explaining that since the city established its own center, other sources of funding, both private and governmental, have dried up.She had requested NIS 200,000 from the municipality but city officials have consistently declined to provide any funding, leading private donors to question their own commitment, she said.Referring to a municipality announcement that it had received funding for a new center comparable to Rakefet to stand next to Meyerhoff, Shapira said municipality officials had stated that “our request for NIS 200,000 a year is an attempt to close down their building.”In April, Rakefet brought the issue to court, obtaining an order that the city should convene a committee to examine the issue. Chaired by Abutbul, it decided on Wednesday not to fund Rakefet at all.In a statement on its Facebook page, the municipality stated that it had decided “for the good of the children of Beit Shemesh to continue building the new center and to not cancel it and transfer the funding to the private nonprofit Rakefet.”“It looks like the people from [Rakefet] won’t leave the municipality alone and are trying to threaten to close,” the municipality accused, adding that it believed Rakefet to have engaged in a “campaign of persecution” and “personal and political pressures” against it.“I don’t think that they believed we are really closing – the mayor never thought we would close,” Shapira said.While the municipality did announce that it was looking into funding for the center for 2016, Shapira said that she had heard the same story a year ago, when Abutbul had asked her if she could hold on for one more year.After last year’s promise, “we kept the place alive for another 10 months and he still said no yesterday,” she said. “The mayor said we came to him with a gun to his head by closing and that he can’t give in to us funds because then every nonprofit in the city will come to him in that way.“Even worse, he said to me ‘lets say I’m the bad guy and the city is the bad guy, but why do these innocent children deserve this, why are you doing this to them,’ [like] it’s my fault. He turned it around that I should feel guilty that it’s my fault that the kids will be out of treatment.”“Im very angry that the city didn’t see the importance of keeping us alive and that minimal help from the city’s part would have made a difference, and I’m sad that 14 years of creating something really special have come to an end,” she lamented.The municipality’s spokesman did not reply to a request for comment.Randi Lipkin, who sits on the organization’s board, has been taking her seven-year-old son Yisrael, who has Down Syndrome, there for various therapies since he was six weeks old.“I do not know why he keeps saying no. I don’t even have a theory. He has not come to the point that he has even explained himself as far as I understand,” she said of the mayor.Miriam Vaknin – like Shapira and Lipkin an American immigrant – said that without help from Rakefet she would not have been able to deal with the Israeli school system or even afford therapy for her four children, all of whom only began talking around the age of three.Aside from helping her deal with the Israeli educational bureaucracy, Rakefet gave her steep discounts for services when her family business failed and she began experiencing financial problems.“Who is going to be the voice of my children now that Rakefet is closing?” she asked.