Biggest Israel-backing foundation shifts its eye to the North 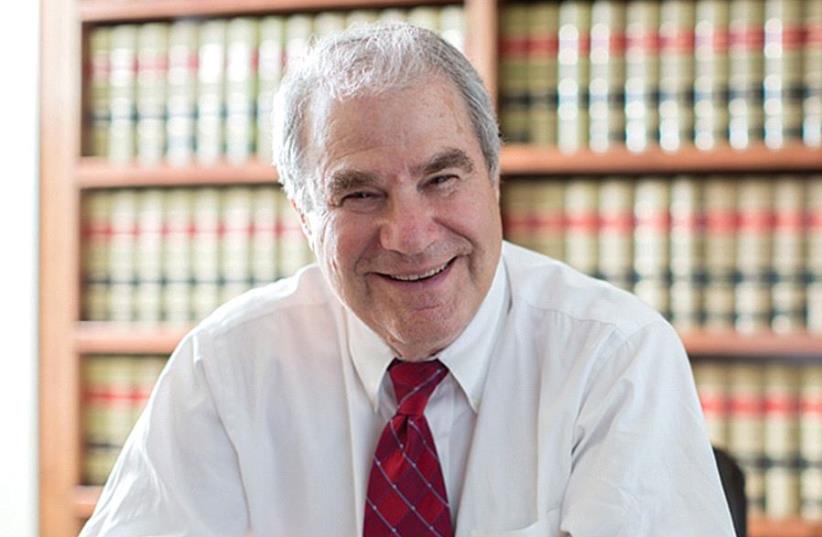 SANDY FRANKEL of the Helmsley Charitable Trust: We’ve given quite a bit of money in the South, and we’re trying to do the same in the North.
(photo credit: Courtesy)
Advertisement
Sandor (Sandy) and Ruth Frankel tour Israel twice a year to see some of the projects that have benefited from the $170 million the Leona M. and Harry B. Helmsley Charitable Trust has invested in the country, and to explore areas for future grants.Mr. Frankel is one of the American foundation’s three trustees. He and his Israeli wife finished their latest 10-day visit on Sunday. It focused mainly on the North where they have identified a need to expand development efforts.“We’ve given quite a bit of money in the South around the Gaza Strip, and we’re trying to do the same in the North.”Frankel spoke to The Jerusalem Post at the Sheraton Hotel in Tel Aviv, after having spent the previous days in locations such as Kiryat Shmona, Afula, Haifa, Tel Hai and Safed.“There are some wonderful educational facilities up there that need some help,” he continued, adding that Israelis need more incentives to make their homes in the North. “If we could make it an even more economically viable place for Israelis to come to – that would be wonderful.“We look for where there is a need and where we can have impact; we are large enough to have real impact on places that we help,” he said, mentioning an agricultural institute the Trust is likely to support.Sandy Frankel is an American lawyer who for many years represented the late billionaire Leona Helmsley, who was dubbed the “Queen of Mean,” for her apparently harsh behavior toward employees. Though she was Jewish, she never visited Israel and Jewish causes were not among those she donated to. But Frankel believes she would “feel fantastic” if she saw where her money was going. “She would look down and say, ‘Great job – why didn’t I think of that,’” he said.Helmsley, who died in 2007, left more than $5 billion for the trustees to distribute as they see fit.The Trust gives away 5% of that per year, and 12.5%-15% of that goes to Israel – amounting to some $25m.annually.The Trust’s seven-year-old Israel Program invests mainly in education and health. Last year Frankel decided to grant $4.5m. toward building Ariel Medical Center on the Ariel University campus, which was until then the only university in the country the Trust had not helped.Ariel is the only community located over the Green Line that the Helmsley Trust has invested in, but the Frankels repeatedly said that the foundation is apolitical. “It’s a health facility which will help Jews and Arabs... it wasn’t a political statement but a grant made to help people, the same as Rambam [Medical Center in Haifa] or the Hebrew University [in Jerusalem],” Sandy said.The Frankels emphasize that the Trust has a small staff, and that it won’t donate to any place they have not seen in person. Ruth was born in Petah Tikva, and accompanies her husband every step of the way.“I know what Israel needs and where, and we do it together by foot,” Ruth said.“She knows every stone,” Sandy agreed.In addition to contributing to health, education, science and agriculture, another aim of the Trust is to “strengthen Israel’s standing in the world.”One way they do this is by bringing various groups to visit the country.“Our view is that you can’t understand Israel without being here,” Sandy said. “You have to walk the streets and speak with the people and really see who they are.“How people can try to create a view about Israel and say what it should do without seeing it is mind boggling – it’s like a doctor trying to treat someone while blindfolded,” he opined.These groups include Birthright participants, academics, educators and security officials. “We’ve gone through the North with retired American generals and admirals to see the security situation there with them,” Sandy said by way of example.“We try to bring people who have some impact,” he added, noting that many had never been to Israel before.Another Trust initiative over the past few years is to publish Israel’s Declaration of Independence in major US newspapers, with the aim of highlighting the principles of equality that it is based on, and the similarities between the two countries.According to Sandy, the exposure of the document has managed to surprise government officials of various countries who “had no idea of the principles until they read the declaration...people don’t know the country, they just know what they read.”The Trust have given money to every hospital in the country – and Sandy believes visiting a hospital is a “must” for getting to know Israel.“Moving from hospital to hospital really gives you a picture of society and equality. When you walk into a hospital in Israel, everyone is equal – Jew, Arab, Muslim. There ought to be a requirement that before you open your mouth about Israel you ought to visit a hospital – it’s a wonderful microcosm of the country.”Addressing the Trust’s position as the largest contributor to Israel, Sandy says he hopes one day it will be be the smallest, as he’d like to see others follow suit and pour money into “one of the most remarkable countries on the planet.”