The American billionaire is known to have links to US President Donald Trump. 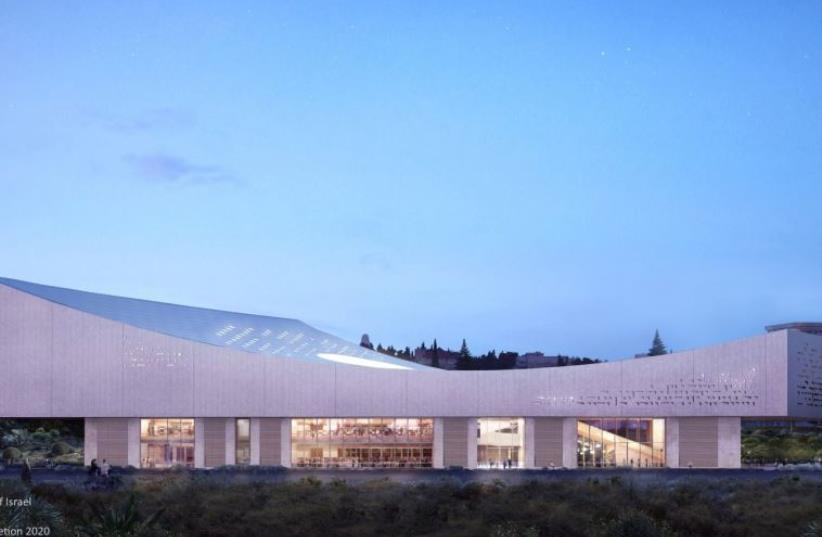 The National Library of Israel in Jerusalem, set to be completed in 2020
(photo credit: HERZOG AND DE MEURON ARCHITECTS)
Advertisement
American billionaire investor Stephen Schwarzman, an economic consultant to President Donald Trump, has given $10 million to the National Library of Israel in what reportedly is the philanthropist’s first major donation in the country.The gift by Schwarzman, CEO of the global private equity firm Blackstone, will go to the Jerusalem library’s landmark building for the Stephen A. Schwarzman Education Center, according to The Times of Israel.The center will include a multi-purpose space for up to 100 people for classes, lectures and performances​; three distinct spaces for activities and workshops; and state-of-the-art technology and infrastructure to connect with peers in Israel and around the world, the National Library said in a statement.The new National Library of Israel campus is under construction adjacent to the Knesset building.Schwarzman, who has an estimated net worth of $13 billion, has given major gifts in recent years to Yale University, the New York Public Library and Tsinghua University in Beijing for the Schwarzman Scholars Masters’ program. In 2015 he and his wife Christine gave a record $40 million to the Catholic Archdiocese of New York for its Inner-City Scholarship Fund.