Nevo, five, and Achinoam, 10, were killed when the jeep the family was driving fell into a ravine from a Caucasus mountain road in northeast Georgia. 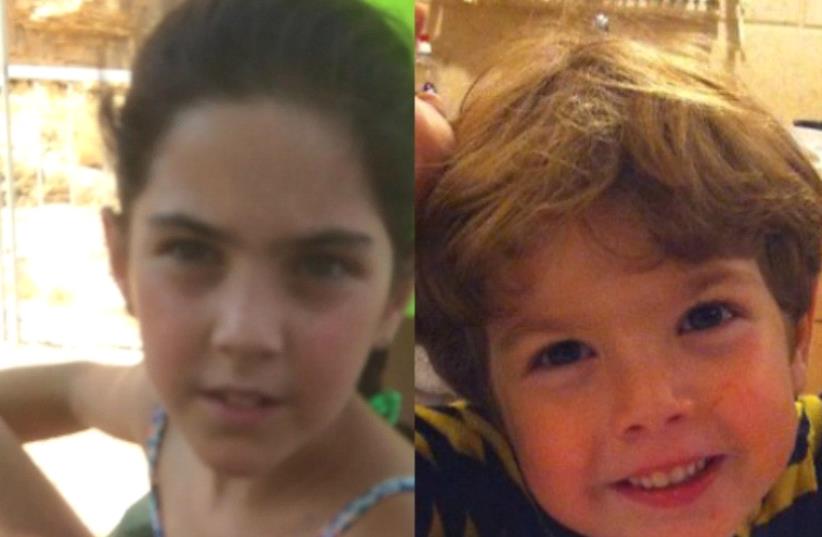 Achinoam and Nevo Greenfield
(photo credit: Courtesy)
Advertisement
Noa and Hanoch Greenfield, and two of their children, were flown to Israel on Wednesday from the Republic of Georgia, two days after they were involved in a jeep accident that killed the family’s other two children.Nevo, five, and Achinoam, 10, were killed when the jeep the family was driving fell into a ravine from a Caucasus mountain road in northeast Georgia. Their bodies are to be flown to Israel for burial on Thursday. Achinoam was named after her uncle, Yehuda Greenfield, who was killed in the Second Lebanon War.Noa was listed in serious condition as a result of the accident, apparently caused by poor visibility and bad weather. Hanoch and their two other children suffered light to moderate injuries.The accident took place in the Tusheti region. After being flown to Israel, the family was taken to Hadassah-University Medical Center in the capital’s Ein Kerem.The family lives in Ma’aleh Michmash, outside Jerusalem.Some members of the Greenfield family flew to Georgia before Yom Kippur, when they heard about the accident. Israel’s airspace was opened during the holiday to allow for the arrival of the special flight bringing the injured back to the country.According to a Georgian website, citing information from the country’s Interior Ministry, the accident took place late Monday evening when the jeep the family was driving fell into an 80-meterdeep ravine. Search and rescue operations were complicated by inclement weather.