Project is designed for Arab youth ages 18-21 who want to volunteer in their communities in educational institutions and social services 4 days a week for at total of 30 hours, plus training. 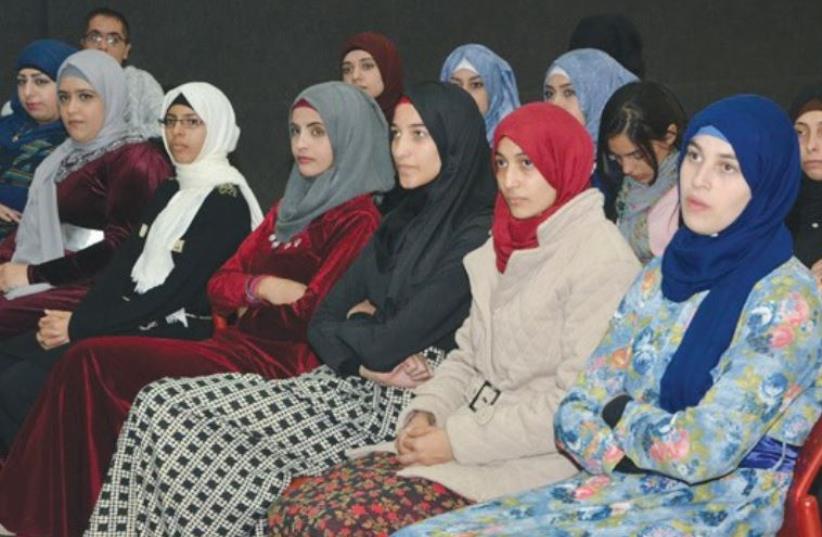 ISRAELI ARABS attend the Abraham Fund’s national service launch event in Kalansuwa last week
(photo credit: EYAD ZMERO)
Advertisement
A new alternative to the national service program developed in agreement with Arab youth by The Abraham Fund Initiatives and AJEEC-NISPED could serve as a breakthrough for the Arab community, which has generally shunned the existing national service framework.“The significance of this program is that we made an agreed upon program among Arab mayors and this adds value after many years in which the Arab community has disputed the notion of national service,” said Amnon Beeri-Sulitzeanu, co-executive director of the Abraham Fund, an NGO dedicated to improving coexistence between Israel’s Arab and Jewish citizens.Thabet Abu Rass, also co-executive director of the Abraham Fund, told The Jerusalem Post the community volunteering project sends a message to the government that “we would like to be part of Israel society and serve the Arab community.”“We are suggesting a new model, where it comes from the bottom up rather than top down,” said Abu Rass, adding that this will also give Arabs a sense of ownership instead of having things dictated by the government.The Abraham Fund held a launch event in the Arab city of Kalansuwa, east of Netanya, on Thursday. Three other pilot groups began operating with Beduin in the Negev a few months ago.The project is designed for Arab youth ages 18 to 21 who want to volunteer in their communities in educational institutions and social services four days a week for at total of 30 hours, plus an additional two days of training.Participants earn a living allowance of 800 shekels for two months, as well as full tuition for a university-preparatory study program.“We in the Kalansuwa municipality support this important volunteer project,” said the city’s mayor, Abdel Baset Salame.The idea, according to Abu Rass is for Arabs to serve in their own communities under the supervision of welfare departments of local municipalities in the hope that eventually the program will be fully operated and funded by the Welfare Ministry.The significance of this agreement is very important, continued Beeri-Sulitzeanu, because it shows “that through dialogue, agreements can be reached with the Arab community on other issues, as well.”Asked about a report in The- Marker on Tuesday citing statistics that the national service program had an increasing number of Arab participants, Beeri-Sulitzeanu responded that, overall, the numbers are very small since the current governmental national service program is not accepted by most Arabs.“Therefore, we found an alternative that we think has a better chance,” he said.According to the report, the number of Muslim volunteers increased from 660 in 2011 to 1,640 today. Among the Beduin, the number has quadrupled from 356 in 2011 to 1,367.Israeli Arabs make up around 20 percent of the state’s population.