Rx for Readers welcomes queries from readers about medical problems. Experts will answer those we find most interesting. 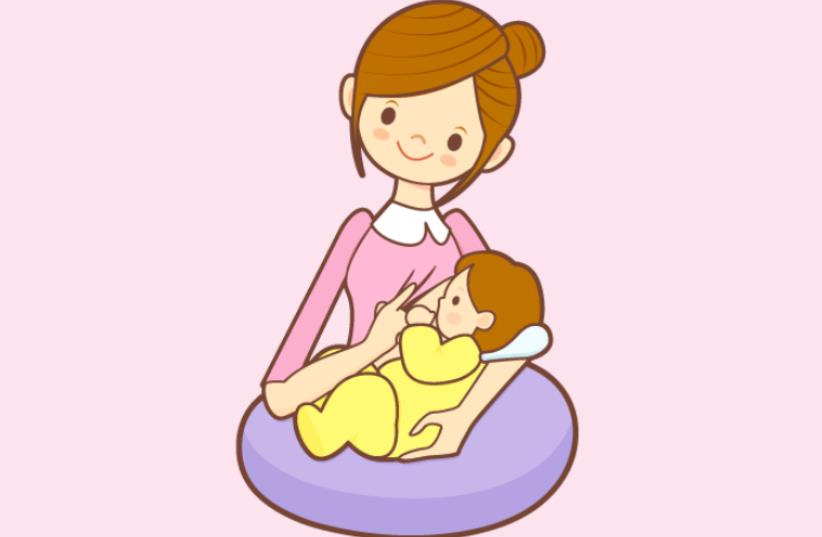 Breastfeeding
(photo credit: ING IMAGE/ASAP)
Advertisement
I read in a Hebrew paper an interview with a woman who is a breastfeeding counselor and claimed she can get women who adopted babies or who hired surrogates to deliver their babies to breastfeed themselves. Is this possible? If it were, then could any woman, of any age – or even men – breastfeed? M.C., Beersheba Wendy Blumfield, a longtime president and one of the founders of the Israel Childbirth Education Center and a veteran breastfeeding counselor, comments: The ability to lactate can be stimulated in women of any age – not men, as far as I know, although there is a legend somewhere about a man marooned in a desert with a baby who grew breasts and gave milk.The process of stimulating lactation for adoptive mothers or those who hired surrogates is much easier if she was pregnant at any time, even many years earlier and even if those pregnancies did not come to term. That is why grandmothers have been known to breastfeed if their daughters/in-law could not do so or were not there to care for their babies. Some women adopt after a series of miscarriages or early births and they have therefore already created the hormones that induce lactation. The first milk, colostrum, is already present in the breasts at 24 weeks of pregnancy which is why it is recommended that mothers of premature babies get every encouragement to give these vulnerable infants their own milk.For a woman who has never been pregnant, the process of inducing lactation will be harder, but many counselors can give anecdotal evidence that it is possible.For any woman wishing to induce lactation, it cannot be done overnight and therefore the baby must be fed from a bottle until the mother has sufficient milk. The best stimulation is the sucking of the baby itself, and this can be done with the help of a Lactaid, a small tube that is attached to a baby’s feeding bottle and then placed round the nipple so that as the baby gets his food he is nevertheless sucking efficiently at the nipple. This will stimulate the release of oxytocin, which is also encouraged by the baby’s saliva. Close skin-to-skin contact with the infant, or “kangaroo care,” in which the baby is bound close to the mother’s chest will increase the secretion of prolactin, the hormone that produces the milk – also known as the “mothering” hormone.Frequent pumping of the breasts will also gradually stimulate lactation, but women should not be disappointed if they yield only a few drops of milk. It is the baby’s closeness and sucking that work best on the hormones that produce and release the milk.I am a 60-year-old man who has hyperkyphosis (exaggerated curvature of the thoracic spine). I don’t suffer from any pain, but my wife says that not only is it an aesthetic problem but it can also lead to problems in bodily systems. Is she right? I refuse to undergo an operation, but I am willing to do other things like exercise or physiotherapy to improve the situation. Is there anything outside surgery that improves hyperkyphosis? M.A., Beersheba Dr. Steven Velkes, chief of the orthopedic surgery department at the Rabin Medical Center- Beilinson Campus in Petah Tikva, replies: This condition is usually caused by ankylosing spondylitis or Sheurman’s disease. If it is due to an isolated thoracic spine deformity (Sheurman’s disease), it is only a cosmetic issue, as the chest cage remains flexible without an effect on the respiratory system. However, if the kyphosis is part of ankylosing spondylitis, this may have an effect on the chest cage’s flexibility and can reduce air flow to the lungs. There is no need for surgery in either case if the patient is not interested, as it is mainly for cosmetic reasons.There is no treatment in adults to correct this deformity besides surgery. Unfortunately there is no mechanical device that will help at this age, as at 60, it is almost always a fixed deformity.Prof. Meir (Iri) Liebergall, chairman of the orthopedic surgery department at Hadassah University Medical Center in Jerusalem, adds: Deformity of the spine known as kyphosis is mostly an aesthetic problem, even though sometimes it is accompanied by back pains or posture problems.At 60, one can’t significantly improve it with physiotherapy or a brace, but exercises can improve posture and even prevent back pains. At age 60, it’s rare that we would perform spinal surgery to repair kyphosis. It is best to consult with an orthopedist. Rx for Readers welcomes queries from readers about medical problems. Experts will answer those we find most interesting. Write Rx for Readers, The Jerusalem Post, POB 81, Jerusalem 9100002, fax your question to Judy Siegel-Itzkovich at (02) 538- 9527, or email it to [email protected], giving your initials, age and place of residence.