Hasson had always been fiercely loyal to the IBA, was regarded as a top-class investigative reporter, and scored numerous political scoops. 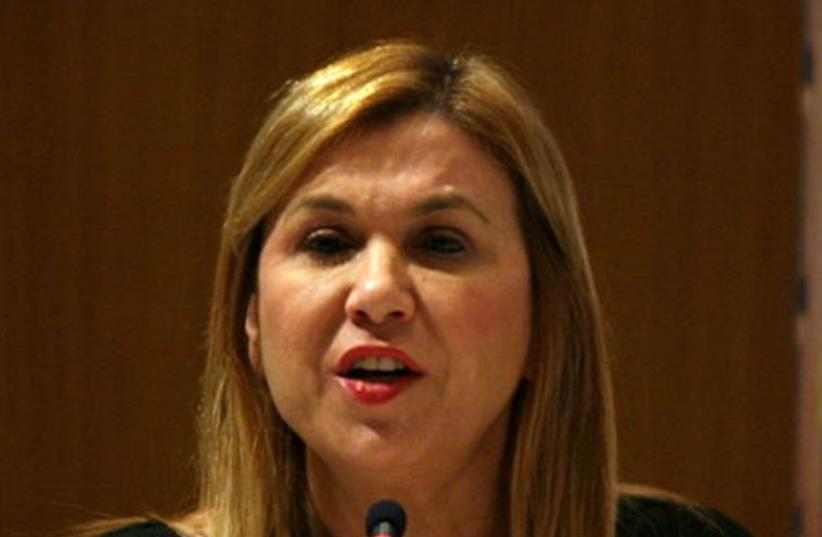 Ayala Hasson
(photo credit: OYOYOY/WIKIMEDIA COMMONS)
Advertisement
Journalist Ayala Hasson, who held the highest-ranking position of any woman in Israel’s broadcasting media, bid a highly emotional farewell to the Israel Broadcasting Authority following her final presentation of the news and current affairs program Yoman (Weekend Diary) on Channel One on Friday night.Hasson’s resignation from the IBA, which was announced last week and which she said on Friday night had been her home for more than two decades, took her colleagues by surprise.Hasson had always been fiercely loyal to the IBA, was regarded as a top-class investigative reporter, and scored numerous political scoops.In August 2014, she was promoted to head the news division of Channel One, the first woman to be given this responsibility.On Friday she hinted that, during the past year, she had come up against situations that she had never previously encountered in all her years in television. Although she did not say so directly, she did hint that this is what prompted her decision to leave the IBA for Channel 10.Channel One’s military commentator, Amir Bar Shalom, who is part of the regular Yoman team, is currently moving between France and Belgium, and broadcast a farewell message from Paris.Like Hasson, he was also overcome by emotion, and spoke not only of a long friendship but also of the manner in which she stood up for her colleagues and fought to keep the IBA going when it was under threat of closure.Hasson said that she hopes the new public broadcasting service due to become operational in the spring of 2016 would be worthy of the legacy of the IBA.Last year the Knesset passed a law initiated by then communications minister Gilad Erdan to dissolve the IBA.Due to the impossibility of meeting the original deadline for the liquidation and the setting up of a new public broadcasting entity, the law was amended in June of this year.In recent months, uncertain of what the future might hold for them, some 300 IBA employees have left or taken voluntary early retirement before the ax could fall. Hasson is one in a long list, but the most public face among those who have left over the past year.