Business is Business and Moses is Moses 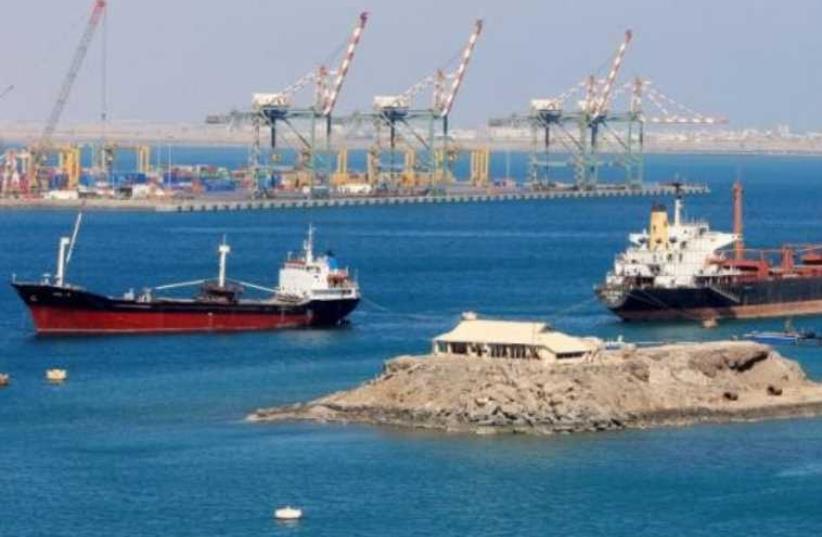 Cargo ships dock at the port of Aden in southern Yemen [File]
(photo credit: REUTERS)
The captain peered over the side of the Turkish-flagged ship at his cargo of long metal rods that have come from Turkey and are headed to an unspecified Middle East country. The crew piled into a van at the Israel Shipyards, bound for the duty-free shop at the nearby Haifa port. On a recent afternoon, ships from all over the world were docked at this Mediterranean port, carrying goods bound for Jordan, Iraq and Syria.The Middle East has radically changed in almost every way possible since the beginning of the “Arab spring” revolutions in 2011. In Syria, the main port of Latakia in northwest Syria has been shut down completely, meaning the goods that used to come from Turkey, Ukraine, and other countries to Syria, and then be transferred to trucks for delivery in Jordan and Iraq, need a new way to travel.Shlomi Fogel, the chairman and CEO of the privately-owned Israel Shipyards next to Haifa port has the solution. He wants ships from all over the world to dock at the Haifa Shipyards where it will be loaded on trucks and taken across Israel’s border with Jordan. From there it will be distributed throughout the Arab world. Fogel has invested in a tax-free zone on both sides of the Israeli – Jordanian border called Gateway Jordan, that has already begun to operate.“First of all we’re doing business, and nobody cares what religion you are,” Fogel told The Media Line in his office at the Israel Shipyards, on the Mediterranean coast in Haifa. “That’s exactly why it works. Everyone can make money out of it.”The Shipyards, Israel’s largest privately owned port, specializes in bulk cargo. Ships carrying everything from animal feed to salt to metal to plastic. Large cranes unload the ship, dumping the goods onto plastic sheets laid out on the ground. The goods are then loaded into trucks where they cross the border between Israel and Jordan and are delivered to a free trade area called the Jordan Gateway, where it is placed on Jordanian trucks for delivery to Iraq, and other countries.“We do business and slowly, slowly, that’s how you make a relationship with your neighbors,” Fogel said. “I might be a good thing for future peace but the way to do it is through economic progress. You don’t need governments, you only need traders, and it goes ahead.”Business is picking up at the Israel Shipyards despite growing tensions between Israel and the Palestinians, after Prime Minister Binyamin Netanyahu said during Israel’s recent election campaign that he does not foresee a Palestinian state. Tensions have also grown over the Palestinian Authority’s decision to join the International Criminal Court with the objective of bringing Israeli soldiers involved in last summer’s war with Hamas in the Gaza Strip up on war crimes trials. Many Palestinians are boycotting Israeli goods.More stories from MediaLineYet, says Fogel, everyone wants to make money.“The grain that comes via Israel goes through several people,” Fogel said. “Some of them are Arab citizens of Israel who are buying the grain, taking it to Jordan, storing it there, distributing it and doing business. Everyone makes money and everyone is happy.”The current alternative to the Syrian port is via the Suez Canal in Egypt, he says. Goods traveling via Suez are taxed, and the distance also increases the price. Bringing the Ukrainian grain via Israel has already brought bread prices in Jordan down by five percent.There are still difficulties. Fogel is waiting for Jordanian government approval to build a direct bridge between the Israeli and Jordanian sides of the free trade zone. For now they use the border crossing called the Sheikh Hussein Bridge.“It took us five years to get permit from the Israeli government to build the bridge, and now we hope the Jordanian King will give us permission in the next few months,” he said. “The minute that happens we can create thousands of new jobs and huge new opportunities to develop business.”He mentions a recent conversation with a Jordanian businessman who already imports live animals but wants to build a slaughtering house on the Jordanian side of the borderbusi.“He’s a Jordanian Muslim but he wants to hire a rabbi and an imam so the meat will be both kosher and hallal (adhering to Muslim dietary laws,” Fogel said laughing. “Now that’s what I’m talking about.”
Sign up for the Business & Innovation Newsletter >>