By DANIELLE ZIRI
AUGUST 1, 2017 02:10
JILL ROSENBERG gives more than $30,000 a year to causes inside and outside the Jewish community.
(photo credit: Courtesy)
Advertisement
NEW YORK – The first gift check Jill Rosenberg, a rising star in the world of Jewish philanthropy, ever wrote was for $36 when she was a student at Princeton University in the early 1980s.Today she’s a prominent member of an unsung group of women leaders in the field. A partner at a leading international law firm, she gives more than $30,000 a year to causes inside and outside the Jewish community.She has also created a legacy gift with the UJA-Federation of New York.“I think it’s part of my identity being Jewish, to help others who are in need,” she told The Jerusalem Post. “It’s part of who I am.”Many American Jewish women have been engaged in the field over the years, either on their own, or as part of a family, making significant financial gifts and other contributions to the Jewish world. Yet, they do not get much visibility.Beth Mann, the Jewish Federations of North America’s director of advancement, said the potential of Jewish women donors like Rosenberg is very significant and often overlooked.After studying the issue, JFNA established specific giving channels for women. They includes a national Women’s Philanthropy segment, representing about a quarter of the funds raised by the federation each year as part of its annual campaign, as well as a society for women making large gifts, called The Lions of Judah, for which the threshold annual commitment is $5,000. With 17,500 members, the group also includes $600 million in pledged assets.“One day there is going to be a general campaign and a men’s campaign,” Mann told the Post. “Women are the fastest growing part of the annual campaign and the Federation system. It’s a very, very strong constituency.”For Rosenberg, philanthropy is only a “natural consequence” of her upbringing.“I come from a family who was certainly committed to Jewish causes, to a very strong Jewish identity and to the concept of giving back to the community,” she told the Post. “My parents were very involved through our synagogue, volunteering and being active in all aspects of the synagogue.“They always gave money to Jewish causes,” she said. “I don’t think they were huge benefactors in any way, they weren’t extremely wealthy or anything, but that was part of their life.”These values, Rosenberg said, where instilled in her from a young age, and when she finally had the opportunity to get involved in Jewish philanthropy on her own, she seized it.Rosenberg does most of her giving through the UJA-Federation of New York, which a colleague introduced her to at the start of her law career.She also serves on the board of the New York Legal Assistance Group, an organization that serves the working poor, providing free legal services.“I’m single, I’ve never been married, and this is something I do for myself.” she told the Post. “I’m fortunate that I have a good career and have the ability to be philanthropic.” 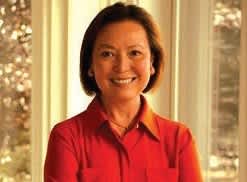