This is an usually ruling, because according to Jewish Orthodox tradition, non-Jews cannot be buried in a Jewish cemetery. 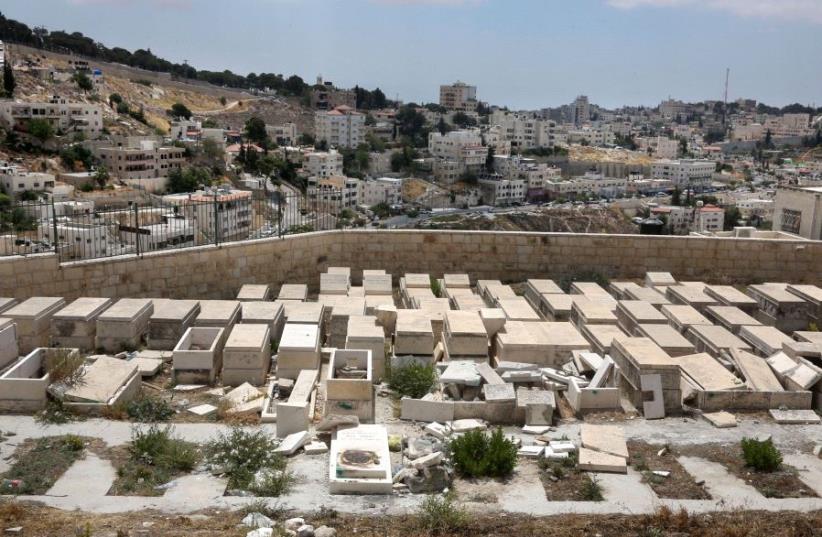 The Jewish Cemetery on the Mount of Olives
(photo credit: MARC ISRAEL SELLEM/THE JERUSALEM POST)
Advertisement
Municipal chief rabbi of Jerusalem Rabbi Rabbi Aryeh Stern said Ala’ Qirresh, the Muslim who died in a road accident on Route 90 in November, could be buried in Jewish cemetery after several east Jerusalem residents refused to give Qirresh, a burial at al-Aqsa Mosque. "Because the Muslims are not prepared to bury him," Stern wrote in explanation of his ruling. We chose "to rectify the harm they caused him." This is an usually ruling, because according to Jewish Orthodox tradition, non-Jews cannot be buried in a Jewish cemetery. Residents prevented the victim’s family from bringing his body to the al-Aqsa Mosque for pre-burial prayers, eyewitnesses said. The residents claimed that Qirresh was a “traitor” who was involved in a real estate transaction with Jews.According to the eyewitnesses, a fistfight erupted at the entrance to the Temple Mount between members of Qirresh’s family and a group of young men who tried to stop them from bringing the body into the mosque.Recently, the Palestinian Islamic religious authorities in east Jerusalem renewed its call for prohibiting the sale of Arab-owned property to Jews. The authorities also called for boycotting anyone who is involved in such transactions. The boycott includes banning Muslims from holding prayers for the suspect in a mosque or burying him in a Muslim cemetery.Khaled Abu Toameh contributed to this report.