“They are not even beginning to heal the wounds the cancellation of the original plan caused.”

A man and woman pray at the egalitarian section of the Western Wall
(photo credit: DAVID SHECHTER FOR THE JEWISH AGENCY FOR ISRAEL)
Advertisement
Construction has finally begun on physical upgrades to the egalitarian section at the southern end of the Western Wall in Jerusalem’s Old City, after a more comprehensive plan approved in 2016 was indefinitely frozen in June.The upgrade will reportedly be the same as that proposed in the original plan, with a budget of some NIS 19m. to carry it out.The physical improvements to the site were ordered by the Prime Minister’s Office as a way of placating the progressive Jewish movements after the comprehensive government resolution was suspended. It is also designed to satisfy the demands of the High Court of Justice to grant non-Orthodox denominations access to the Western Wall equal to that of Orthodox worshipers.In the original resolution, upgrades at the Robinson’s Arch site included a significant expansion of the prayer space; a larger prayer area adjacent to the Western Wall stones than currently exists; and a larger, broader staircase leading to the prayer area.The original plan said the expanded prayer platform would provide “wide and suitable access paths,” allowing worshipers and visitors “convenient and safe access to the site” and would include “landscape development, which will provide the prayer plaza and its surroundings a distinguished and formal appearance, as well as the removal of existing landscaping hazards.”The Masorti (Conservative) movement in Israel welcomed the initiation of construction at the site, although it emphasized that it had not reconciled itself to the original plan’s cancellation.“Although it is hard at this stage to know what the extent of the construction will be, and we are still not reconciled to the freeze of the more substantive aspects of the Western Wall plan, there is also importance to the physical aspects of the plan which was agreed to, and we hope that they at least will be completed,” said Masorti movement in Israel director Yizhar Hess.Rabbi Gilad Kariv, director of the Reform movement in Israel, was more critical. He objected specifically to the government not consulting with the progressive denominations over implementation of the physical upgrades and not engaging in dialogue on the issue. 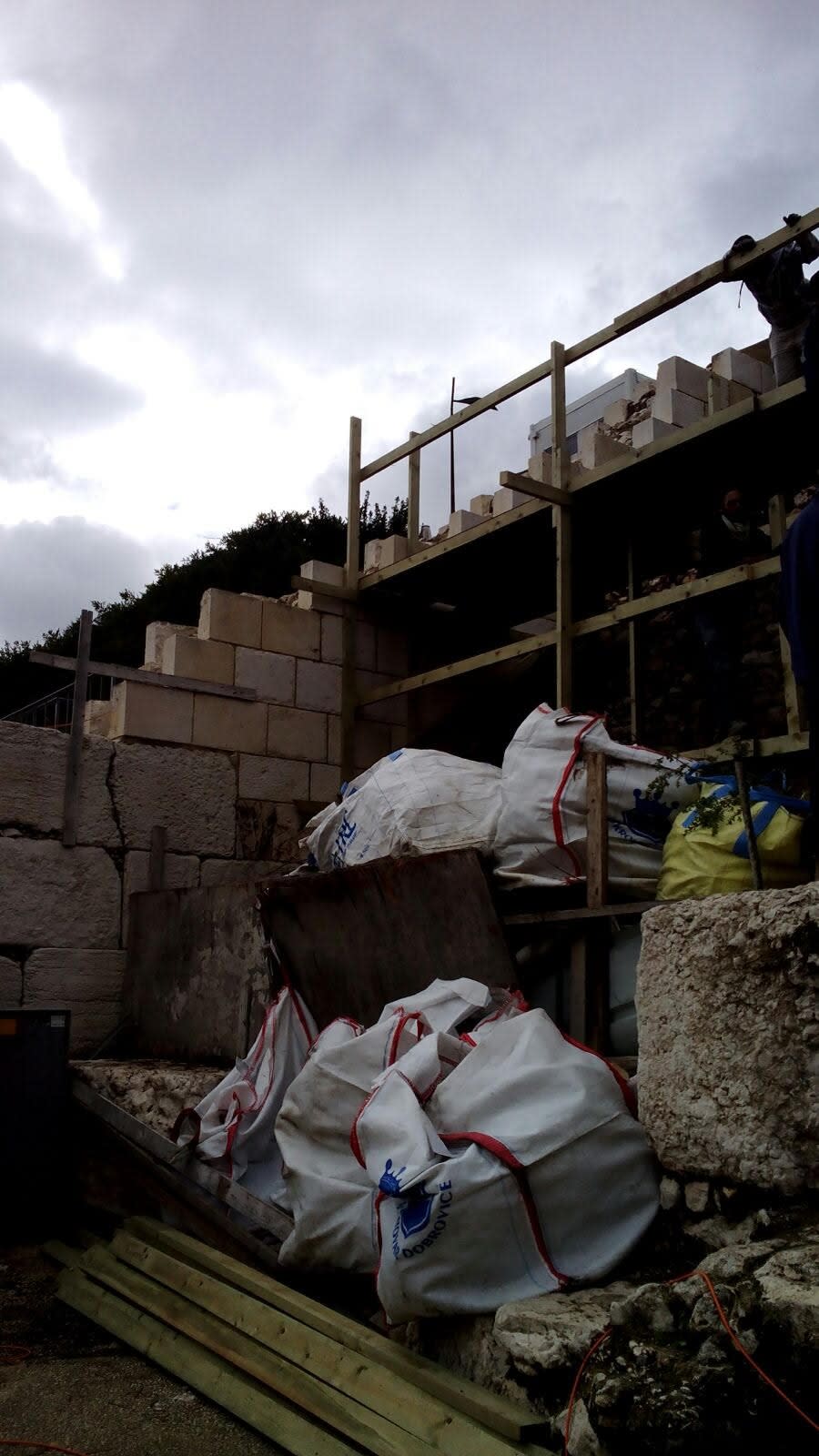 Construction at the Western Wall's egalitarian section, Robinson's Arch (The Masorti Movement in Israel)
“They are not even beginning to heal the wounds the cancellation of the original plan caused,” said Kariv. “Why didn’t they invite us to show us the plans and ask us for our feedback? The people in the Prime Minister’s Office have taken a decision not to have a real dialogue with the streams.”Kariv welcomed the fact that the egalitarian site would be physically upgraded. But he voiced concern that the upgrades will be used by the government to convince the High Court, which has been petitioned on the issue, that there is no need to grant the aspects of the original deal, such as greater visibility of the egalitarian site from the main plaza and participation for representatives of the progressive denominations in the management committee.The Western Wall resolution of January 31, 2016, pledged to significantly upgrade the physical prayer space at the Robinson’s Arch site at the southern end of the Western Wall; create a joint entrance for this area and the main Western Wall prayer plaza; and create a management committee for the site that would include representatives of the progressive Jewish denominations.This plan was indefinitely frozen by the cabinet in June 2017, due to objections from the Haredi (ultra-Orthodox) coalition parties United Torah Judaism and Shas over the make-up of the committee and design of the plaza entrance. Nonetheless, Prime Minister Benjamin Netanyahu promised to go ahead with the physical upgrades immediately after the original plan was suspended.