Judge rules confessions of minors were forced in illegal interrogations. 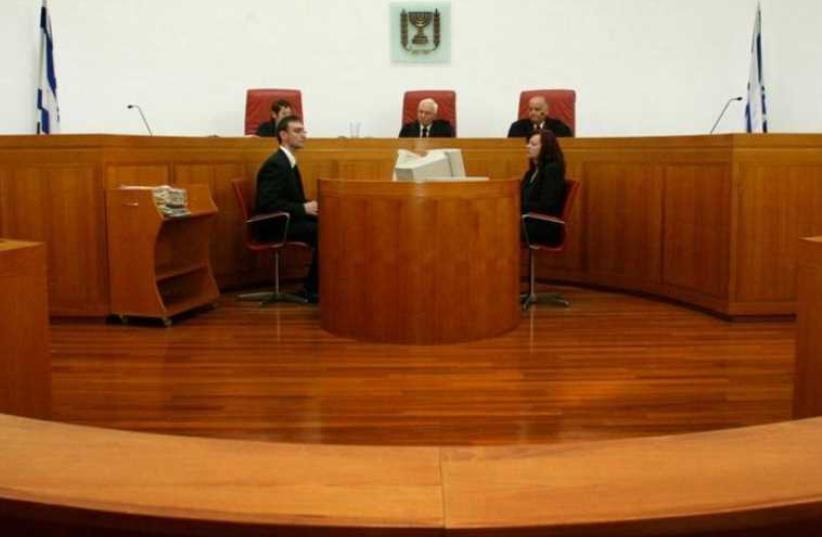 The Supreme Court
(photo credit: REUTERS)
Advertisement
In one of the state’s most dramatic setbacks in a murder case, two Jalaiya residents, both self-confessed murderers, were acquitted on Sunday by the Lod District Court of murdering a Kfar Kassem minor in October 2009, due to police abuse of their rights and accusations of a cover-up.The two confessed murderers were minors at the time, aged 16 and 17, so their names are still under a gag order.In October 2009, the two confessed to opening fire on a bus traveling on a side road between Jalaiya and Kfar Kassem, killing Amjad Shuhana, 15, and wounding Suleiman Amar, apparently in response to a physical altercation among them.The two teens confessed to the attack and were indicted for murder, based in no small part on their confessions.District Court Vice President Menahem Finklestein, a former head of the IDF Military Advocate General, presided over a three-judge panel for the case, which also included Judges Leora Brody and Ofer Groskopf.Judge Finklestein accused the police of abusing the accused minors with illegal threats, physical pressure and illegal mind-games and then destroying or selectively editing the transcript of the interrogations.According to the court, the violations were so grave and numerous that they made it impossible to accept that the defendants’ confessions were made “with their own free will.”For example, Finklestein noted that the police threatened that if the defendants did not confess, they would be given life imprisonment, and if they partially confessed, they would be freed.Both threats and suggestions are not only legally incorrect, but have been ruled illegal for use in interrogations, though police can imply that cooperation could lead to a better relative outcome.Also, one of the defendants was held in a cell in an illegal manner, with handcuffs on his arms and legs in a small room with no windows, fan or light.Further, the court found that the police illegally prevented the defendants from meeting with lawyers and generally undermined their sense that they had rights during interrogation.The court said that the police even skipped having one of the defendants sign his confession, since they were afraid he would recant it.Finklestein was particularly harsh with the police for the apparent cover-up: the disappearance of partial or whole transcripts of interrogations, including one transcript where the police produced only three pages, instead of the actual 144-page transcript.Most serious of all, Finklestein wrote that, “I suspect that this approach, of a disappearing transcript, is not a custom only of this investigation team. Therefore, I see it as proper that a copy of this decision be sent to the attorney-general, state attorney and Central District attorney for careful review and handling.”The Justice Ministry said it “will review the decision,” while the police spokesman declined to comment.