The life sentences came after Brill's insanity plea was unsuccessful. 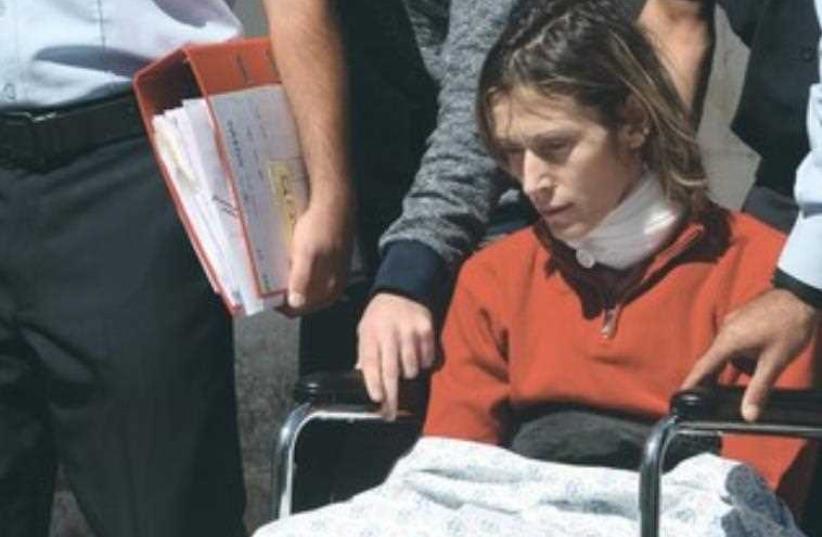 Carina Brill
(photo credit: MARC ISRAEL SELLEM/THE JERUSALEM POST)
Advertisement
After rejecting her insanity plea, the Jerusalem District Court on Wednesday sentenced Karina Brill to two life terms for murdering her two young children – Igor, seven, and Mira, five – in their Talpiot, Jerusalem apartment in 2013.Brill, 38, was recently divorced when she made aliya from Moscow in March 2013 with the two children and was struggling to adjust to life in Israel emotionally and financially.The indictment recalled that in the following August, Igor had told a camp counselor about being physically abused by his mother to explain noticeable bruise marks on his neck. When confronted, Brill admitted she had abused him and accepted a suggestion to get counseling from social services.Despite the counseling, Brill tried to commit suicide by cutting her throat with a knife over the Rosh Hashana holiday, leaving a scar. In the days before she killed her children, she spoke to a friend, Gali, about her difficulties, showing her the cut on her neck.“See what I did to myself,” she stated.Concerned by Brill’s state, Gali notified social services, which set up an appointment for a house visit on September 16. Shortly before the visit was to take place, Karina told her sister, Nadia, who was spending the night with them, that she suspected the social services worker wanted to take her children away and declared that she would not let anyone take them away and would harm them herself first.Hours before the scheduled social services visit on September 16, she stabbed the children and slit their throats.When Nadia heard the children screaming, she ran to the children’s bedroom and when Karina saw her, she attempted to kill herself. The two struggled until Karina forced Nadia out of the apartment and locked the door, after which Nadia ran to a neighbor and called the police.According to police, Brill, confessed to the murders during an interrogation late last month while recovering at Hadassah-University Medical Center in Jerusalem’s Ein Kerem from self-inflicted knife wounds.Police spokesman Micky Rosenfeld said Brill told investigators she killed her children because she was “not a good mother,” and then attempted to take her own life by stabbing herself.The children’s father, Dmitri Brill, a noted Moscow jazz musician, arrived in Israel a day after the murders and said he had no indication of the imminent danger to his son and daughter.“If I had known, I would have taken them immediately,” Channel 10 reported him saying at the time.

Daniel Eisenbud contributed to this report.
Advertisement
Subscribe for our daily newsletter