"Such instances of finding antiquities beneath a private home can happen only in Israel, and Jerusalem in particular," says Antiquities Authority. 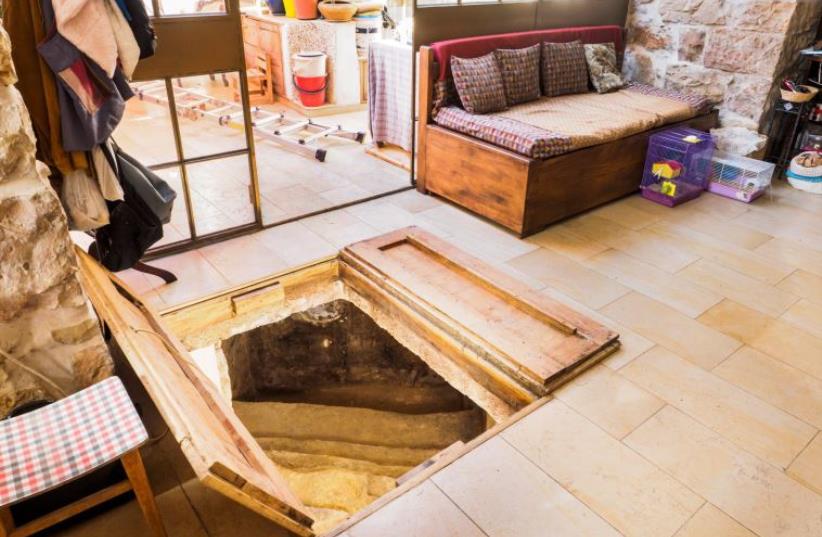 Archeological treasure found underneath Jerusalem livingroom.
(photo credit: ASAF PERETZ/ISRAEL ANTIQUITIES AUTHORITY)
Advertisement
A 2,000-year-old ritual bath (mikve) from the Second Temple period was discovered beneath a family’s living room floor during renovations in their home in Jerusalem’s southwest Ein Kerem neighborhood, the Antiquities Authority announced on Wednesday.The authority’s Jerusalem District Archeologist, Amit Re’em, said he was amazed to learn that a pair of wooden doors beneath a rug in the middle of the family’s living room concealed the ancient ritual bath.
2,000-year-old ritual bath found under family’s Jerusalem living room floor
“Such instances of finding antiquities beneath a private home can happen only in Israel, and Jerusalem in particular,” Re’em said. “Beyond the excitement and the unusual story of the discovery of the mikve, its exposure is of archeological importance.”Indeed, according to Re’em, Ein Kerem is considered sacred in Christianity due to its identification with the City of Judah where, according to the New Testament, John the Baptist was born and where his pregnant mother, Elisabeth, met with Mary, the mother of Jesus.“Despite these identifications, the archeological remains in Ein Kerem and the surrounding area – which are related to the time when these events transpired during the Second Temple period – are few and fragmented,” he said.“The discovery of the mikve reinforces the hypothesis that there was a Jewish settlement from the time of the Second Temple located in the region of what is today Ein Kerem.”The rock-hewn mikve, which was fully intact, measured 3.5 meters in length and 2.4 meters in width with a depth of 1.8 meters and is “meticulously plastered according to the laws of purity appearing in the halacha,” said Re’em.“A staircase leads to the bottom of the immersion pool, and pottery vessels dating to the time of the Second Temple (first century CE), and traces of fire that might constitute evidence of the destruction of 66-70 CE, were discovered inside the bath,” he added.“Furthermore, fragments of stone vessels were found, which were common during the Second Temple period, because stone cannot be contaminated and remains pure.”On Wednesday, the owners of the home were awarded a certificate of appreciation by the Antiquities Authority for exhibiting good citizenship for reporting the discovery and contributing to the country’s ongoing archeological discoveries.“Initially, we were uncertain regarding the importance of the find revealed below our house, and we hesitated contacting the Israel Antiquities Authority because of the consequences we believed would be involved in doing so,” said Tal, who requested his last name not be published.“At the same time, we had a strong feeling that what was situated beneath the floor of our house is a find of historical value and our sense of civic and public duty clinched it for us. We felt that this find deserves to be seen and properly documented.”Tal and his wife, Oriya, soon contacted the authority to report the finding and allow them to initiate an excavation, despite the disruption such an endeavor entails.“Representatives of the IAA arrived and, together, we cleaned the mikve,” said Oriya.“To our joy – and indeed to our surprise – we found them to be worthy partners in this fascinating journey.“The IAA archeologists demonstrated great professionalism, interest and pleasantness. They were solely concerned with preserving and investigating the finds.” 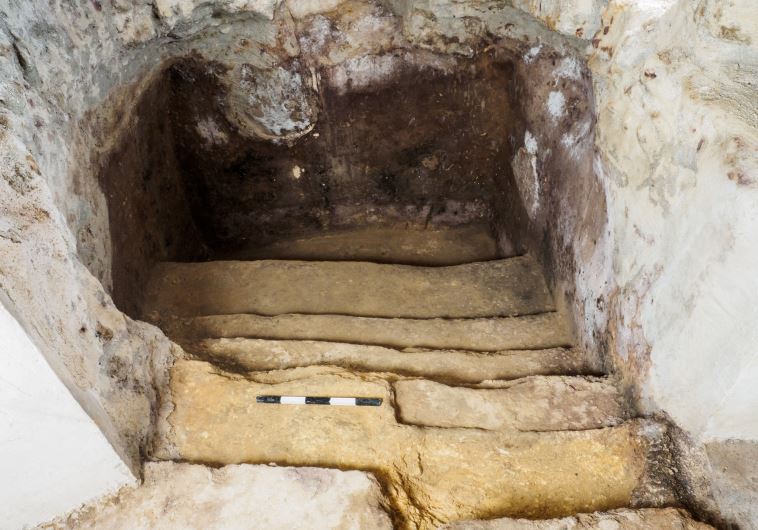 AN IMAGE of the well preserved rock-hewn mikve. (Assaf Peretz, courtesy of the Israel Antiquities Authority)