2016 Ophir nominations announced – snubs and all

Two films that won major awards abroad, Asaph Polonsky’s ‘One Week and a Day’ and Elite Zexer’s ‘Sand Storm,’ among the nominees for Best Picture. 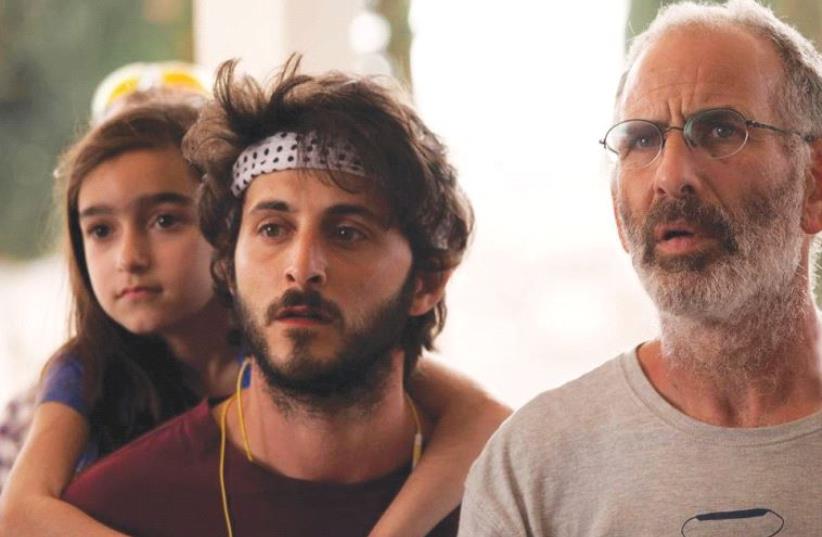 A SCENE from Asaph Polonsky’s ‘One Week and a Day.’
(photo credit: MOSHE MISHAALI)
Advertisement
This is a very competitive year for Israeli films, and the recent announcement of the nominees for the Ophir Awards, the awards of the Israeli Film Academy (aka the Israeli Oscars), has provoked speculation about whether Israel will receive another nomination for the Best Foreign Language Film Oscar in 2017, and possibly its first win in the category.The connection between the Ophir Awards and the Oscars is that every country may nominate one film for consideration in the Foreign Language category, and in Israel, as in most countries, that film is the winner of the local movie awards.Last year, 82 countries submitted films in this category for the five slots. The winner, Hungarian director László Nemes’ Holocaust drama Son of Saul, while not an Israeli film was developed at the Jerusalem International Film Lab at the Sam Spiegel School for Film & Television. Israeli feature films have been nominated for the Best Foreign Language Film Oscar 10 times, including four times in the past nine years, but none has won. The last Israeli nod was for Joseph Cedar’s Footnote, the story of father-andson Talmud scholars, in 2012.This year, several of Israel’s most acclaimed directors are vying for the awards, along with several newcomers who have made first features that have won key awards both in Israel and abroad.The nominees for Best Picture are Asaph Polonsky’s One Week and a Day, about a family grieving the loss of their son, which won the Haggiag Award for Best Israeli Feature Film at the Jerusalem Film Festival, as well as seven other awards at that festival, and the Gan Foundation Award at the Cannes Film Festival: Meny Yaesh’s Our Father, a gritty, violent drama about a bouncer in a Tel Aviv club which won the Best Actor Award for its star, Moris Cohen, at the Jerusalem Film Festival; Elite Zexer’s Sand Storm, about two Beduin women who challenge social norms, which has won six prizes around the world, including the Grand Jury Prize at Sundance; Eran Kolirin’s Beyond the Mountains and Hills, which premiered at Cannes and won the Best Actress Award for Shiree Nadav-Naor at the Jerusalem Film Festival, and tells the story of a troubled family; and Rama Burshtein’s Through the Wall, about an ultra-Orthodox family, which will have its international premiere in the Horizons section of the Venice International Film Festival next month.Kolirin and Burshtein are among Israel’s most celebrated directors, and both have made films in the past that won the Ophir Award for Best Picture. Kolirin’s 2007 film The Band’s Visit won 46 international awards, including two European film awards. Burshtein’s previous film, Fill the Void (2012), won two awards at the Venice Film Festival, including the Best Actress award for its young star, Hadas Yaron. Meny Yaesh’s last movie, God’s Neighbors, also won awards around the world, including at Cannes.With five nominees that are this strong, it’s anyone’s guess what movie will win Best Picture, a far cry from what these awards were like when they were first established in 1990 and only a handful of mostly lackluster Israeli movies were made each year.Sand Storm and Our Father lead the pack, with 12 nominations each out of 18 categories.The directors of these five films are all nominated for Best Director. In the Best Screenplay category, all these director/ screenwriters are nominated, along with Eitan Green for Indoors and Erez Tadmor and Shlomo Efrati for Homeport.The Best Actress nominees are Evgenia Dodina for One Week and a Day; Ania Bukstein for A Very Quiet Heart; Lihi Kornowski in The Burglar; Lamis Amar in Sand Storm; and Noa Koler in Through the Wall.The Best Actor nominees are Benny Avni in Saving Neta; Yoram Hattab for Homeport; Moris Cohen for Our Father; Shai Avivi for One Week and a Day; and Tamer Nafar for Junction 48.In the Best Supporting Actress category, the nominees are Orna Banai, Happy Winners; Yana Yossef, Harmonia; Ruba Blal-Asfor, Sand Storm; Rotem Zissman-Cohen, Our Father; and Shiree Nadav-Naor, Beyond the Mountains and Hills.For Best Supporting Actor, the nominees are: Aviv Alush, Happy Winners; Alon Dahan, Our Father; Dudu Tassa, All Broken Up and Dances; Shmil Ben Ari, Homeport; and Tomer Kapon for One Week and a Day.In light of the “Oscars So White” controversy this year over the fact that there were only white nominees, it’s worth noting that three of the acting nominees – Tamer Nafar, Ruba Blal-Asfor and Lamis Amar, are Arab.Another sign of diversity is that Evgenia Dodina was born in Belarus and Ania Bukstein is from Moscow. Rama Burshtein is the rare Israeli director who is ultra-Orthodox, and a number of nominees are of Mizrahi origin. While the Oscars don’t look to the Ophir Awards for Best Documentary nominees, several of the films nominated in this category have already generated Oscar buzz. Arguably the best year ever for documentaries, the nominees in the feature- length category are: Shimon Dotan’s The Settlers; Tomer Heymann’s Mr. Gaga; Sylvain Biegeleisen’s Twilight of a Life; Kobi Faraj’s Photo Faraj; and Ido Haar’s Presenting Princess Shaw.There are always a few snubs and some controversy. Nir Bergman’s Saving Neta received only one nomination in the major categories, although it won the Audience Award at the Jerusalem Film Festival. Bergman’s previous films have won awards all over the world, and his first film, Broken Wings, won nine Ophir Awards.Mili Eshet, one of the most appealing actresses I’ve ever seen, should have gotten a nomination for either Best Actress or Best Supporting Actress for Beyond the Mountains and Hills.There were high hopes for Ori Sivan’s Bible-inspired music drama Harmonia, but it received only four nominations, and not in the best picture, director or screenplay categories. Sivan was one of the creators of Be’Tipul, the television show that was adapted into the HBO series In Treatment.We’ll have to wait until September to find out which films win, and then till January 2017 to find out which receive Oscar nods.