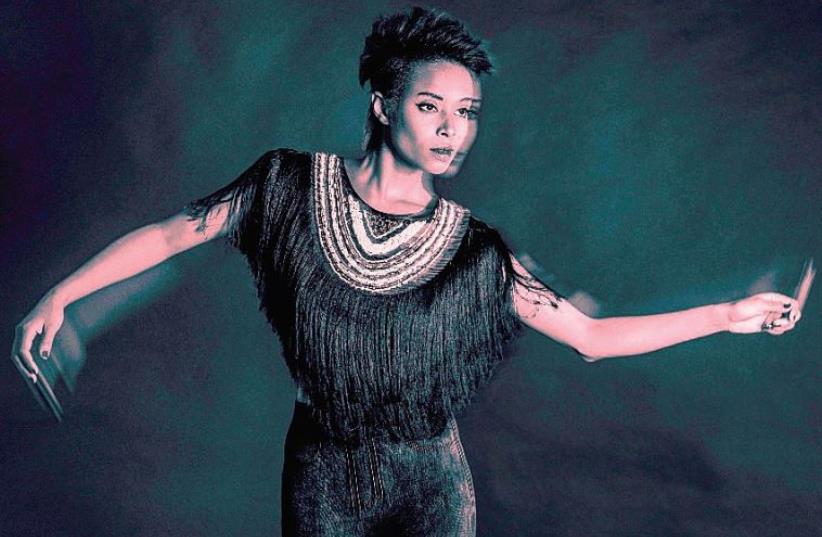 ISRAELI ETHIOPIAN singer Ester Rada.
(photo credit: GABRIEL BAHARLIA)
Advertisement
In the language of Amharic, “hullegeb” means “open to everyone.” That is the idea behind the sixth annual Hullegeb Israeli-Ethiopian Arts Festival, which will take place in Jerusalem December 16-21.The week-long festival will consist of seven performances of theater, dance and music, each bringing something different to the stage, including a play performed by The Hullegeb Israeli-Ethiopian Theater, the festival’s main event.The festival was founded as an initiative of the Confederation House’s artistic director Effie Benaya with support from the Immigrant Absorption Ministry, and reflects the depth and variety of Ethiopian culture – from traditional to contemporary, and its dialogue with the surrounding Israeli culture.Opening the festival is a special performance by Israeli-Ethiopian musical ensemble Tezeta. Under the direction of Abate Berihun, Tezeta draws upon a core of traditional Ethiopian music with ancient and unique Ethiopian instruments. The concert features a guest appearance by legendary Israeli musician Ehud Banai.Other festival highlights include the KCG hip hop group who mix old-school hip-hop beats from the ‘90s with touches of Amharic ethnic sounds; the Ethiopian- Israeli Hullegeb Theater in the drama Mark of Cain; and Beita Ensemble’s latest dance piece You Are Me but I Am Not You. The festival will close with a performance by local violinist Michael Greilsammer together with Israel’s first lady of soul, Ester Rada.

For more information and tickets: www.confederationhouse.org, www.bimot.co.il
Advertisement
Subscribe for our daily newsletter