Yasas serves up Greek food and music in Jerusalem. 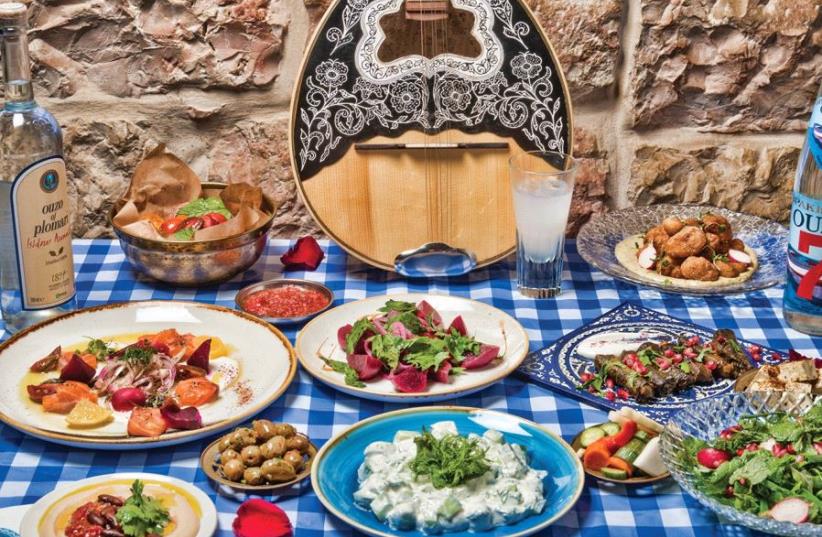 Yasas restaurant
(photo credit: PR)
Advertisement
Tel Aviv has a number of popular Greek restaurants, whose recipe for success is good food and lively music. As in many other culinary areas, Jerusalem has lagged behind in this niche as well – until now. Yasas is an authentic Greek taverna in the heart of downtown Jerusalem that serves excellent food and plays lively music twice a week. And since it is kosher, it is accessible to all.It is chef Shay Lutati, formerly of Between the Arches in the Jewish Quarter of the Old City, who noticed this void and moved to fill it himself.An aficionado of Greek cuisine, he is now sharing his gifts with a local population that is already demonstrating its appreciation for this addition to Jerusalem nightlife: Yasas is open only evenings but stays open until 1 a.m.Yasas has an extensive menu that has something for everyone, including vegans. A good way to get to know it is with the tasting menu: multiple dishes from each of the restaurant’s six categories, for NIS 160 per person.As in any self-respecting Greek restaurant, a meal starts with mezze (aka mazettim). At Yasas, this spread of salads, dips and relishes varies slightly daily, in accordance with the market freshness of the ingredients.Noteworthy among the mezze that are more or less permanent fixtures are the homemade pickled vegetables and olives, the cubed beet salad with onion and, best of all, the unforgettable almond garlic spread The fresh pitot are delivered from an exclusive restaurant supplier.Another house specialty is the distinctive white bean spread – a hummus-like dish in which fava beans are the raw ingredient rather than the traditional chickpeas. Like the almond garlic spread, we mopped up every last bit.And mention must be made of the tzaziki – a soy-based substitute for this Greek yogurt specialty, which is positively amazing considering it is parve.The next menu category is vegetables, of which the star is the vine leaves stuffed with rice, celery and tomatoes. I am generally not a fan of vine leaves, usually finding them too vinegary. But these were not only different, they were probably the best I have ever tasted.In contrast to the tzaziki, in the Greek salad the cubes of tofu were a poor substitute for real feta cheese.The crisp vegetables were clearly straight from Mahaneh Yehuda, but this was the one instance on the menu where the need to be preve proved to be an insurmountable challenge.This doesn’t happen very often, but now I find I have to repeat myself: As part of the tasting menu, the chef served us his special of the day from the next category, fish. It turned out to be fish cakes, made from mullet.When fish is on the menu, I do not usually order it in croquette form; but these surprisingly light fish cakes flecked with green herbs allowed the full flavor of the fresh fish to shine through and were the best I have had in Israel.The next category is souvlaki, comprising four kinds of meat or poultry on skewers. We were served one skewer each of lamb kabob and pullet; the latter was especially juicy, while the former was expertly seasoned.The last category before desserts is meat and grill, from which we were served the moussaka, a classic Greek dish made with ground meat and eggplant in a tomato sauce. Because of kashrut, this version was sans bechamel sauce; it was not missed at all, however, as the ground lamb was succulent in a mellow yet rich sauce.All this fine food went nicely with a cold can of Keo beer from Greece (NIS 26).The tasting menu dessert is the Yasas surprise platter (translated in English as the birthday platter, for some reason). The specifics change daily, but ours gave a pretty good idea of what to expect: fresh fruit, parve ice cream, mousse, brownies and a nut confection. Good variety in small sweet bites.The writer was a guest of the restaurant.Yasas Kosher (Mehadrin) 3 Shimon Ben-Shetah St., Jerusalem Tel: 053-937-4276