‘A Tale of Love and Darkness’ illuminates Amos Oz’s vision 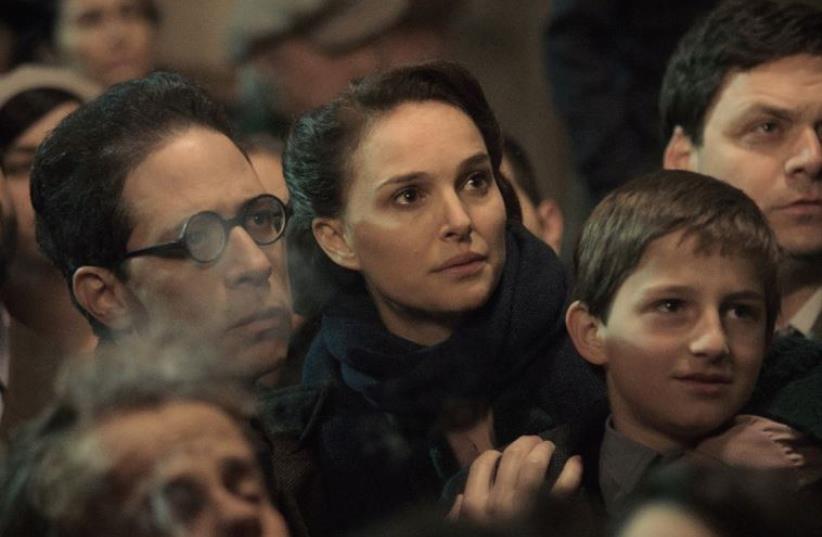 ‘A Tale of Love and Darkness’ movie
(photo credit: PR)
Advertisement
Natalie Portman’s love for Amos Oz’s A Tale of Love and Darkness, which she has adapted into her first movie as director, shines through in every frame of the film. This movie captures the spirit of Oz’s memoir and also of much of his previous work.Portman, who adapted the book for the screen and who starred, in addition to directing, could not have chosen a more daunting work for her first project behind the camera. The book A Tale of Love and Darkness is long, detailed, idiosyncratic and moving. It tells the story of Oz’s childhood in prestate Jerusalem, during the War of Independence and his move to a kibbutz as a teen, all in the context of the birth of the State of Israel.But Portman has pulled it off brilliantly and made a movie that will inspire readers who love Oz’s work to reread his books and will encourage others who have never read Oz to seek him out. Her decision to make the movie in Hebrew, which may limit the movie’s commercial potential, greatly enhances its quality.Starring as Fania, the mother whose charm, imagination and love inspired Oz’s creativity but whose severe mental illness — today she would probably be diagnosed with bipolar disorder — drove him to despair, she paints an affecting picture of a woman who feels trapped. While the book features a wider canvas, Portman’s decision to focus on Amos (Amir Tessler) and his parents makes sense cinematically. Amos, a quiet and awkward kid, doesn’t really understand the dynamic between his parents, but he feels the tension and rejoices in the rare moments of affection he glimpses at home. His father, Arieh (Gilad Kahana), is a quiet, pedantic intellectual who does not match Fania’s dreams of the strapping Zionist hunk she would meet once she left Europe.Fania, raised in upper-middle class privilege in Eastern Europe, never quite adjusted to the poverty and limitations of her life as the wife of an aspiring literary critic in Jerusalem. I’ve never seen Jerusalem of this period portrayed more evocatively on film, with its narrow streets, muddy in the winter, and the constant chill of barely heated rooms in stone buildings. It makes sense that, married to a reserved, even cold, man, in this forbidding environment, she would turn to the one person who loved her unconditionally, her son, and draw him into the world of her fantasies and dreams.But although the most intense part of Amos’s life is his relationship with his mother, Amos is curious about the people around him, including Arabs. But when a visit to a party at the home of a wealthy Arab (Makram Khoury) ends with Amos inadvertently injuring a toddler, it’s clear how fragile the connections between the two communities were.Amos’s family and neighbors gather around the radio as the birth of Israel is announced following the UN vote, but while the crowd erupts into celebration, Fania is plainly terrified by the war she knows will follow. It’s actually strange how few Israeli films have depicted this war, but we see it from Amos’s point of view as a random series of shootings in which friends and neighbors are killed where they stand.This period of violence and suffering sets the stage for Fania’s decline and her eventual suicide.Rarely have I seen such an affecting depiction on film of a child’s futile struggle to help a parent suffering from a mental illness. This is the core of the movie, and it is a universal story of emotional pain. I rarely cry at movies, but this one brought me to tears a number of times.Portman’s acting is her finest ever, and the rest of the cast – which features many well-known Israeli actors in small roles – is similarly compelling. The cinematography, by Slawomir Idziak, is extraordinary and adds immeasurably to the film’s atmosphere.Portman’s few stumbles as a firsttime director are all in the direction of underscoring the movie’s themes in an overly literal way. But these are only moments and don’t mar the overall tone of the film.In the end, this moving film triumphantly captures the tragic and beautiful story told in the book.