The ups and downs of ‘Afterthought’ 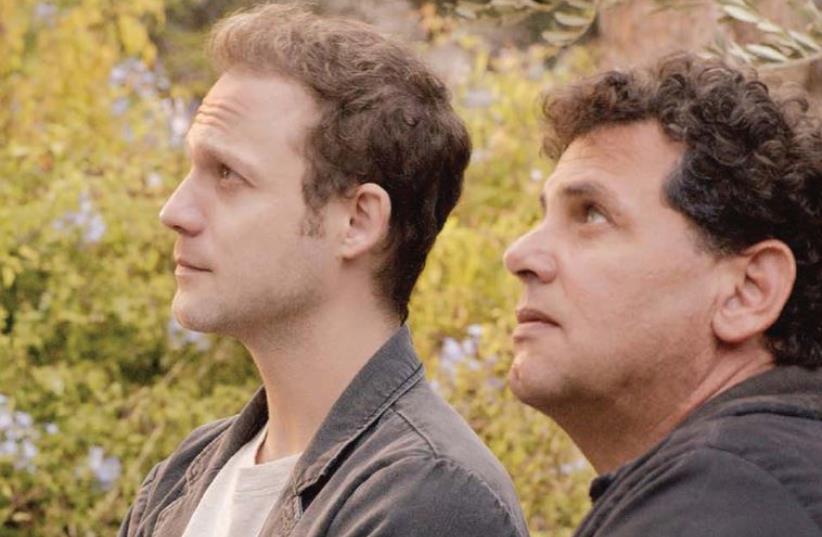 ‘Afterthought’
(photo credit: PR)
Advertisement
AFTERTHOUGHT
Hebrew title: Ha’yored Le’mala
Written and directed by Elad Keidan With Uri Klauzner, Itay Tiran
Running time: 105 minutes
In Hebrew. Check with theaters for subtitle information.There’s a certain kind of film – highly symbolic and literary, with rambling plotting – that is a staple of film festivals. These movies tend to amass awards but often do not connect with movietheater audiences, who want something more fast paced and entertaining.Elad Keidan’s Afterthought, which won the award for Best Israeli Feature at the Haifa Film Festival and had its world premiere at Cannes last spring, is a classic festival film. How much you enjoy it will depend on your ability to appreciate its atmosphere and to embrace its quirky humor and absurdities.Its story suggests James Joyce’s Ulysses, as a younger man with artistic aspirations and an older man who feels he is losing his wife spend a day walking through the city where they grew up and encounter figures from their past.Their paths cross only briefly.The setting is Haifa, a city on a hill marked by staircases, and Moshe (Uri Klauzner) is going up the stairs, while Uri (Itay Tiran) is descending. Each is on a quest.Moshe is looking for an earring his wife (Michaela Eshet) lost, which was a wedding present. But more than that, the earring symbolizes whatever was good in their marriage, which has disappeared during the years in which a series of catastrophes have befallen Moshe. He is out of work, and all he does is empty out money from the coin-operated rocking horses he owns, an occupation that couldn’t be more symbolic of his alienation and despair. But he has big plans, too.He wants to open a museum devoted to the Naqba, the Palestinian term for catastrophe and a synonym for the establishment of the State of Israel.No Palestinian could get this funded, he tells an Arab lawyer, but he thinks that he can, and this project will give Palestinians a chance to showcase their history.Uri is on his way down to a ship, on which he will sail away from Israel and all his problems. He wants to be a writer and keeps recording inspirations for poems.His wife has just left him because he had an affair with the girlfriend of one of the members of an English-Hebrew barbershop quartet he belongs to. He’s due back in reserve duty, but he isn’t going.Both men interact with strangers and old friends as they walk the steps, and each of these encounters adds details to the picture Keidan is painting of the men and the city.Uri meets a soldier from his unit in a bookstall, and when he finds a rare book there, it leads him into an ironic monologue about the history of the Left in Israel. Moshe meets an acquaintance who is having an affair with Moshe’s wife but somehow doesn’t realize who Moshe is.When Moshe and Uri meet, they realize that Moshe was Uri’s teacher in elementary school. And then, in the film’s funniest scene, Uri meets a classmate he hasn’t seen in 20 years and acts as his character witness at a trial for a crime the man clearly committed.It’s easier to feel for Moshe, a sad sack who wants to win his wife’s love back, than for the selfabsorbed Uri. But neither really comes to life as a character, although the actors give accomplished performances.The movie works best as it showcases the atmosphere of a day’s walk through Haifa, a unique and beautiful city. We get snippets of conversation and radio broadcasts, as well as glimpses at lives of all kinds of citizens — a grandmother taking her grandson for a day out, a homeless man selling off his possessions, a beautiful woman who gets lost on her way to the subway — and see their interactions with the two protagonists.As loosely constructed as the film is, the threads all weave together at the end, and some of the resolutions feel too pat. I imagine that some of the asides, like the speech about the history of Left-wing movements in Israel, have much more meaning for director/screenwriter Keidan than they will for viewers. The trick for a filmmaker is to make the audience care about his passions and obsessions, and Keidan accomplishes this only intermittently.
Advertisement
Subscribe for our daily newsletter