A ‘Marriage’ made in Lithuania 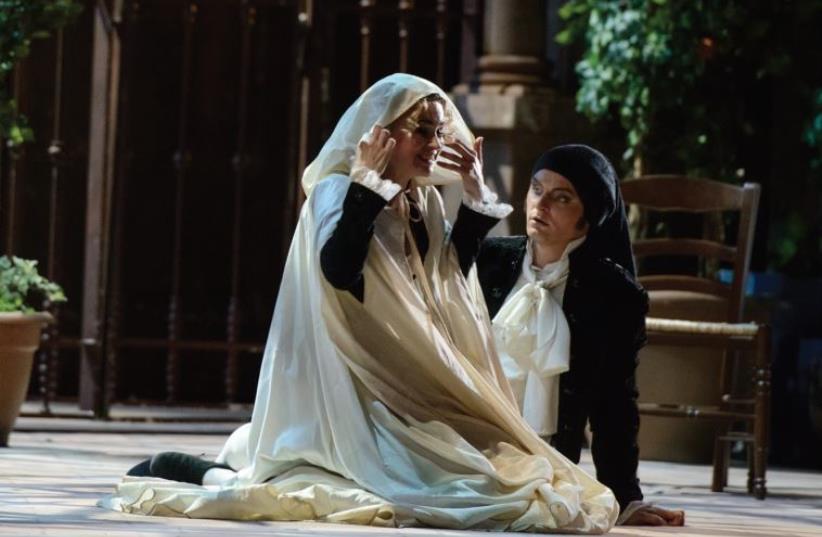 The Lithuanian National Opera Theater
(photo credit: PR)
Advertisement
The Israeli Opera opens its new season with a guest production of Mozart’s timeless masterpiece The Marriage of Figaro , performed by the Lithuanian National Opera Theater. “I think this one of the best stage productions of the piece,” says Lithuanian conductor Martynas Staskus, who will lead the opera in Tel Aviv. Speaking via Skype from his home, Staskus explains, “Emilio Sagi, the Spanish stage director who created the production, is in tune with Mozart’s music. The production is very natural, very dynamic and expressive. It is light, like Mozart’s music, which is easy to perceive but difficult to perform. The production is quite traditional. Its esthetic is classical and so are the costumes. It takes us back to the times of Mozart and Beaumarchais. It is beautiful, rich, gorgeous. The sets are a sheer pleasure for the eye. There is a lot of acting on stage, and the production on the whole has joie de vivre written all over it. Although the story is quite complicated, filled with problems and intrigues, the show is very upbeat. Just as my credo is allegro when it comes to Mozart’s music, so is the concept of the director.”Staskus says that the cast from Lithuania “are excellent singers, who perform at home and abroad – in Germany, the US and other countries. Lithuania boasts many years of classical vocal traditions.”Staskus has been working for the Lithuanian National Opera for more than 20 years. After studying music in his native country, he was invited to work as an assistant in the opera theater by renowned Lithuanian conductor Yonas Alexa. “Conducting operas is still my major job, but I also teach conducting at the Ciurlionis Music School and manage a symphony orchestra and the opera studio at the Music Academy of Lithuania,” he says. A busy and sough-after musician, Staskus conducts symphony and chamber orchestras in Lithuania, as well as throughout Europe.Speaking about his country’s musical life, Staskus stresses that it has always been rich, but ever since Lithuania gained its independence from Russia some 20 years ago, “We’ve had an opportunity to widen our artistic horizons. In the past, even during the Soviet era, our musicians could study in Vienna and then return and work at home. But now we all can travel abroad and acquire a wider world view. We bring international directors and conductors to work in our theater, so the repertoire has become more varied and richer in style.” Staskus adds, “We are thrilled on the eve of our Israeli debut. We want to show our best and hope that the Tel Aviv audience will enjoy the shows!” The opera will be performed at TAPAC from November 4 to 15. For more details, visit www.israel-opera.co.il. For reservations: (03) 692- 7777