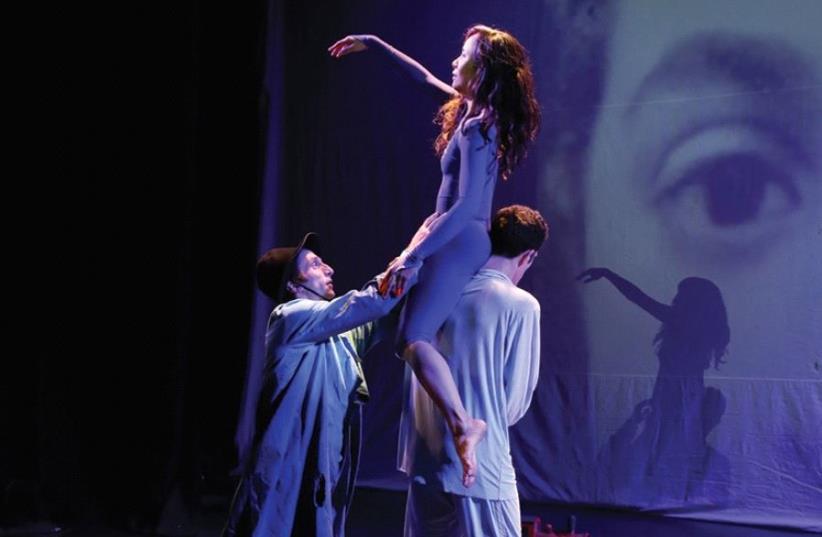 Tamara Mielnik presents two diverse pieces in Jerusalem
(photo credit: OLIVER MILLER)
Advertisement
When photos emerge from a conflict zone, the most heart-wrenching, horrifying images, the ones that move people to act, are of children. Over the past few months, many of the pictures that sent shock waves through the Internet, causing outrage and upheaval, were of small faces in pain. Regardless of our political or religious beliefs, everyone can agree that children need to be cared for.In her deep research into the life and work of Janusz Korczak, Tamara Mielnik found a figure who, above all, cared for children.Korczak, known as “Pan Doktor” in Poland, was an educator, author and pediatrician. A Polish Jew, Korczak ran an orphanage in Warsaw. At various points during World War II, Korczak was offered sanctuary, but each time he refused to stay with the children in his care.“I worked with his diary from the ghetto, which is less known than many of his writings,” explains Mielnik, a veteran choreographer and artistic director of Jerusalem Dance Theater and Tami Dance Company, Jewish Dance Theater. “He found himself raising orphans in the ghetto in the best way possible. He talks about it in the diary. He made sure that they wouldn’t feel the hunger and the death and the pain. In this dance production, it was very important for me to emphasize his deeds. It was important for me to show the legacy of Korczak, that his writings paved the way for UNICEF, for the Convention of the Rights of the Child.”Next week, Mielnik will present When I Grow Up to Be Young in Jerusalem. The work, which is performed by the Jerusalem Dance Theater, began in Grenoble, France.“The production was first shown abroad. It took a lot time to put it together. I am a very thorough person, and I like to take time to be sure that each show has a clear message. I worked with a scriptwriter, who has a theater in southern France. Today, I am producing it anew, with a lot of changes. The dancers who are in the company are different from the ones I had then. I added material that didn’t exist before. The show is very up to date,” she says.Although the subject matter is difficult, Mielnik feels that Korczak’s life leaves a hopeful impression on the audience.“The message is that life is stronger than everything. We see it through the world of the child. The audience leaves with tears in their eyes,” she says.Also this month, Tami Dance Company will perform Shuru, Habitu, U’Reu (Lo and Behold).The scope of Tami’s activities is largely different from JDT. The troupe is comprised of only women and performs for female audiences only.“It’s a completely different journey with Tami,” says Mielnik.“My goal is to work with material that the religious audience can identify with. I present topics such as how Sarai becomes Sarah. When she hears she will bring a child into the world, the yud in her name splits to two heys, making her Sarah and Avram, Avraham. For years, the religious sector, especially women, were unable to partake of contemporary dance. I have taken that need and cater to it.”Mielnik goes on to explain that everything, from the material to the performers to the way in which the performance is run, is tailored specifically to the religious audience.“I speak to them throughout the show, which I don’t do with When I Grow Up to Be Young, for example. It is an addition that I feel is necessary, and I am really happy to do it. I feel that making dance accessible to the religious audience is a calling,” she asserts.Jerusalem Dance Theater performs ‘When I Grow Up to Be Young’ on February 21 at 8:30 p.m. Tami Dance Company will perform ‘Shuru, Habitu, U’Reu’ on February 27 at 8:30 p.m. Both will take place at the Gerard Behar Center in Jerusalem. For more information: www.gerard-behar.jerusalem.muni.il.