'A Passage to Bollywood' returning to Israel

The Navdhara Dance Theater performs the scintillating ‘A passage to Bollywood.’ 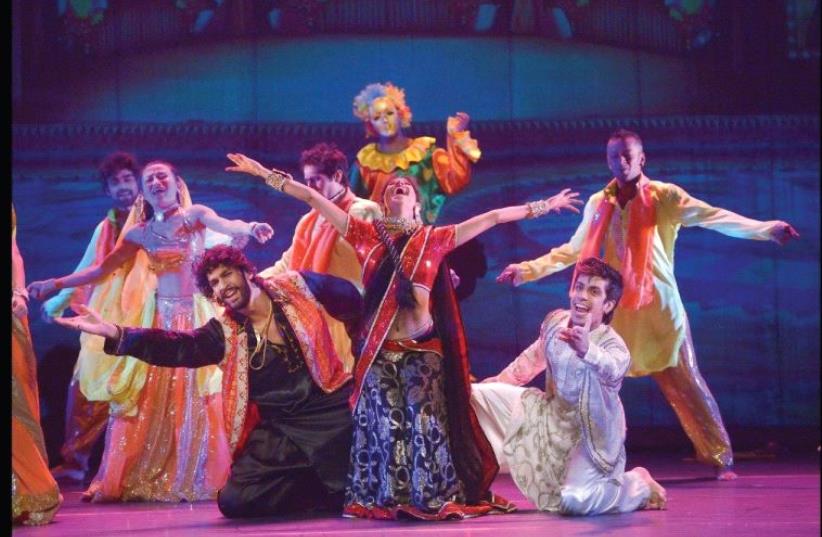 The Navdhara Dance Theater
(photo credit: YOSSI ZWECKER)
Advertisement
In 1913, when Dadasaheb Phalke released the silent picture Raja Harishchandra, he began a cinematic continuum that set the stage for the empire that is Bollywood today. As the first Indian moving picture, this film became an immediate success, exposing a public that was ready and eager to consume cinema. Twenty years later, the industry that has come to be known as Bollywood was producing more than 200 films each year. Unlike its Hollywood counterpart in California, as Bollywood developed it carried through a deep connection with musical theater. Music, song and dance continue to be essential elements in Bollywood films to this day and. As such, surrounding industries have sprung up to meet the demand for such entertainment, be it live or recorded.In October, Ashley Lobo’s smash hit performance A Passage to Bollywood will return to Israel to treat local audiences to all the passion and pizzazz of India.As a young man, Ashley Lobo watched his mother, theater and opera performer Celia Lobo, prepare for her stage engagements. A natural mover, Lobo found himself drawn to the glitz and glamour of show business, finding his way into musical theater. In 1989, he relocated to Sydney, where he studied dance under the renowned Margaret Chapple. Upon returning to India, Lobo was pulled into a number of film productions, choreographing large-scale numbers for dozens of dancers.Since 1999, Lobo has been a television staple, hosting the national show Good Morning India and a judge on India’s Dancing Superstar. Drawing on Australia and India, Lobo founded the Navdhara Indian Dance Theater, a company based in Mumbai.The company serves as a vehicle for Lobo to present his unique blend of traditional and contemporary Indian dance. His goal is to keep things simple and to communicate clearly with the audience via the energy and love of performers.In A Passage to Bollywood, NIDT incorporated aspects from Lobo’s childhood, his professional training, his time on stage and behind the camera. The performance features 22 highly skilled dancers. As one would imagine, costumes are a major element in A Passage to Bollywood.The costume department spent countless hours hand sewing more than 80 elaborate and colorful costumes, each of which contributes to the exuberant scenes.In the words of Yair Vardi, director of the Suzanne Dellal Center, “A Passage to Bollywood is a riot of color, vitality and sheer beauty…a high-quality musical…an authentic, unforgettable experience…it swept away audiences in Israel in a series of impressive performances never before seen at the Suzanne Dellal Center.”Last year the shows in Israel sold out almost immediately, so it is recommended to order tickets as soon as possible.‘A Passage to Bollywood’ will run from October 10 to 16 at the Suzanne Dellal Center in Tel Aviv. For more information, visit www.suzannedellal.org.il.