A passion for music 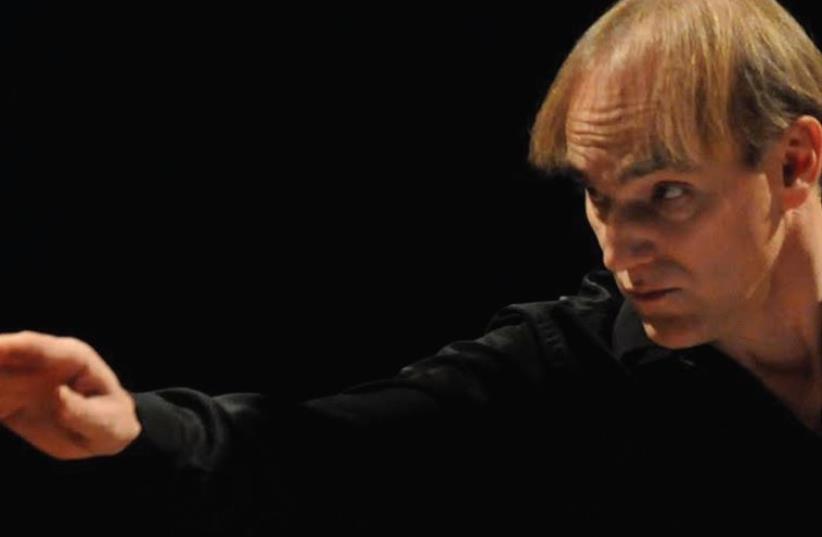 French conductor Daniel Kawka
(photo credit: PR)
Advertisement
Daniel Kawka’s interests range from 17th-century Italian Baroque to German Romantic music to contemporary. Kawka, who will conduct the Israel Contemporary Players next week, is very passionate about his work.“As a boy, I practiced guitar and vocals. I was not a professional singer, but I had a baritone voice. Later, when I started my career working with choirs on 17th-century Italian Baroque, that experience was a great help and opened many doors to me,” says the conductor. “I have a passion for contemporary music but also for Mahler, Strauss, Wagner.”Does he see any connection between these two worlds? “They say that contemporary music is rich in sonority and so on but its expressivity is somewhat behind. But that is wrong. From my experience, I find contemporary music to be very expressive. It speaks about our collective future and about modern man in the same way that the music of Mozart, Beethoven and Wagner spoke about the future of civilization. So for me they are deeply connected because I always try to find the expressivity of music. And I find sort of a Romantic pathos in contemporary music, this great line that creates emotion.”As a case in point, Kawka says that the Chamber Symphony by Edisson Denisov that he will conduct in Israel “seems very noisy when you first hear it, but there are phrases that create a very intimate expressivity. And that is what we try to find in all contemporary repertoire – those phrases,” he says.“For me, the relation with music is poetic. Conducting is sharing the poetry of the piece with the audience. That’s why I love the great forms because the expressivity of the music, space, colors, lines and textures are needed. But it takes time to explore the movements of spirit and soul, time to touch the depth of emotion,” he says.Kawka is the music director of L’Ensemble Orchestral Contemporain, which he founded in 1992 and is based in Lyon.“We perform a very wide repertoire. Among other things, we make a point to offer young composers the opportunity to premiere their new pieces. Then we include them in our repertoire so it’s not a one-time performance. We never forget that we are a French ensemble. We perform pieces by French composers such as Debussy and Boulez, as well as 20th-century classics – music by Berio, Reich, Denisov. And we recently performed Mahler’s fourth symphony, arranged by Erwin Stein in Vienna in 1925 for just 40 musicians. These are four directions of our ensemble,” he says Prominent German baritone Dietrich Henschel and Israeli pianist Naaman Wagner will participate in the concert. The program features Magret Wolf’s Charita for Ensemble; Hans Werner Henze’s Five Neapolitan Songs; Pierre Boulez’s Incises for Piano Solo; and Edison Denisov’s Symphony No. 2.