A quick look back

Shenfeld and Laor present two of their popular pieces. 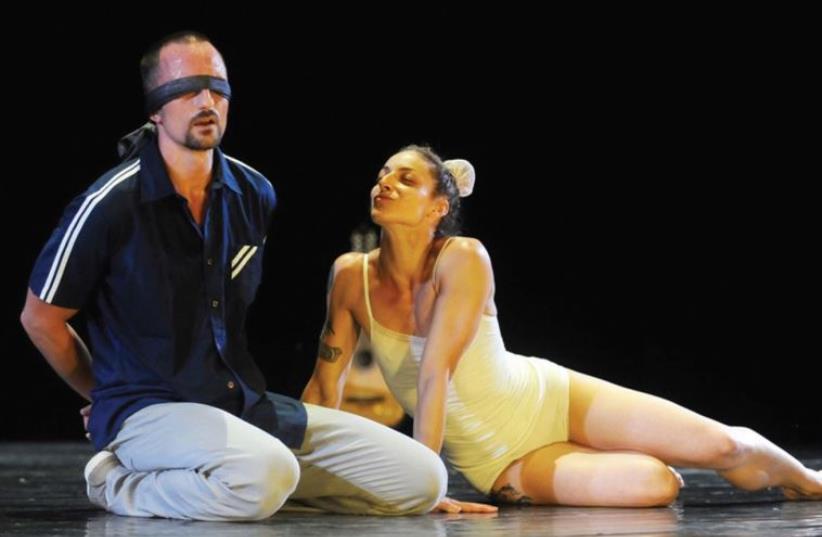 Niv Shenfeld and Oren Laor's dance shows
(photo credit: GADI DAGON)
Advertisement
Over the past several years, Niv Shenfeld and Oren Laor have been rising in the ranks of international choreographers. Their works, which blend real-life situations and feelings with fantastical visions, have become staples for festival programmers around the globe.Having recently premiered a new production, Cowboy, the duo will present two of their previous works this weekend at the Suzanne Dellal Center before heading overseas.Ship of Fools will tour to Madrid next week, while Two Room Apartment is on its way to Chicago. Forgoing the stage for the intimacy of the center’s Studio A, Shenfeld and Laor invite audiences to take an up-close look at these two works.Shenfeld and Laor began creating together in 2004 and have since added nearly a dozen works to their combined repertoire. Hailing from different performance backgrounds – Shenfeld, dance; and Laor, theater – the two are able to create truly integrated interdisciplinary works that weave text, music and movement together seamlessly. Their works highlight the expressive capabilities of each of their performers, offering a generous helping of candor and selfreflection.Ship of Fools was created in 2011 as a commission for the Israel Festival. The piece is a trio danced by Anat Gregorio, Uri Shafir and Sascha Engel. In this work, the three performers attempt to assert their uniqueness and independence from one another, while functioning as a team. They clash, enable, confront and care for one another through a series of bizarre situations.Two Room Apartment is a duet based on the same titled work of choreographic team Liat Dror and Nir Ben-Gal, with whom Shenfeld began his professional career as a dancer. Premiered in 1987, the original Two Room Apartment is considered to be among the most significant Israeli dance creations of all time. The piece presented a couple on stage, acting out daily rituals in a repetitive and almost compulsive state. Shenfeld and Laor approached Two Room Apartment as a means to meet each other on stage.Like Dror and Ben-Gal, Shenfeld and Laor are a couple both on and off the stage. The two spent a full year exploring the themes presented in Dror and Ben- Gal’s work, gathering as much material about the original work as possible. Slowly, they began to reconstruct and revive the movement and ambience of the work while giving it their own twists and turns.The result has been presented consistently since its 2012 premiere to rave reviews.Two Room Apartment’s next stop is at the Museum of Contemporary Art in Chicago.The work will be presented alongside Stripped by local company Same Planet Different World dance theater, as well as a new work created by Shenfeld and Laor for the troupe, entitled Vanishing Point. The premiere will be performed by the six dancers of SPDW.