A synthesis of sound

Former Asaf Avidan bandmember Flora breaks out with a new album and a unique art collaboration. 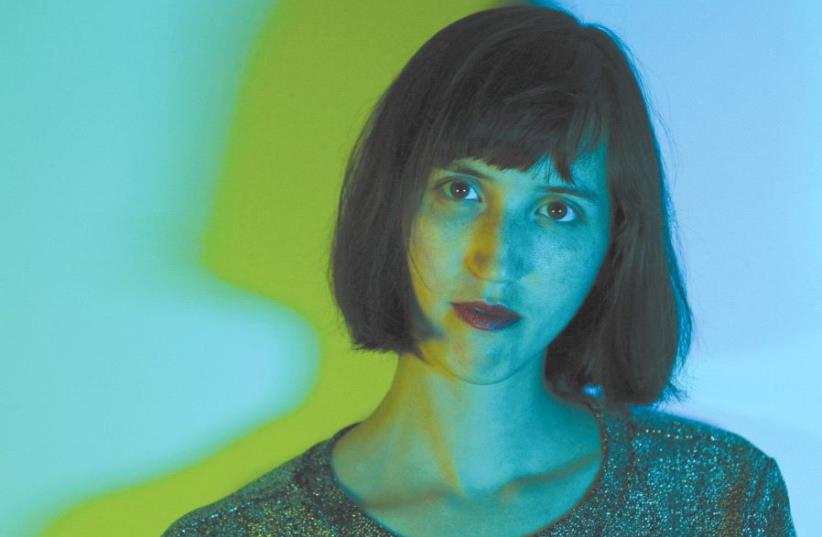 ‘EVERY DAY YOU feel a different emotion and there is always a song ready to capture that emotion. You have to connect to that energy, to jump out and grab it,’ says Israeli musician Flora
(photo credit: ALONA GOLDBERG)
Advertisement
Herzliya-born Liron Meshulam’s musical journey did not begin at a particular age; it was in her genes. With a classical guitarist for a father, the house was always filled with music. By age seven she was writing her own folksy songs as gifts for her family and friends, and she made her debut performance at her cousin’s wedding at the ripe old age of eight.However, it was the day the young singer-songwriter bought a Casio keyboard playerthat kick-started her journey toward discovering a unique sound and persona as “Flora.”Flora’s first album, Happy Today, which was released in 2010, was a great demonstration of the artist’s innovation, using natural sounds to create ambiance.“I like using what’s around me,” Flora says. For example, she’ll take “random people talking in the street, a chair squeaking, a loud air conditioner, or an old washing machine” and cut, loop and integrate these sounds into her songs.While many have tried to define Flora’s deeply layered sound – even going as far as to call her the “electro Joni Mitchell” – one cannot stick a label on the indefinable. The music produced by the 32-year-old musical talent is in a league of its own.Nonetheless, Flora is honored by the compliment.“Who wouldn’t be?” she says. “Joni Mitchell is a brilliant songwriter.”When asked to describe her own sound, Flora veers from the word “electric,” delving deeper into the music. “In one word, I’d call my sound ‘pop,’ but it’s art. So, sort of an art-pop.”Art is a recurring theme in Flora’s life. Not only does she enjoy painting, her newest collaboration is with German artist Lisa Marie Pfeffel.“I met Lisa Marie in Paris last summer during a residency at Cité des Arts. I came to see her open studio and instantly fell in love with her work. I approached her, but Lisa Marie made it happen,” Flora explains. For Pfeffel’s upcoming solo exhibition, which begins September 3 at the Uberlingen Gallery, Flora plans to write the soundtrack to the German artist’s paintings.Germany holds a special place in Flora’s heart.“Germans really like my music... they actually listen. It helps when the crowd listens,” she continues. “In Israel, I sometimes feel that if someone hasn’t come to see a specific act, it’s harder to get their attention.”Overall, Flora is a fan of the European music scene.“It’s best when you’re playing a place that has this true musical culture, like France or Germany,” she says.She would never discredit the local music scene though, expressing her undying love for her Israeli following. More importantly, if it were not for her partnership with creative Israeli force Asaf Avidan, Flora may not have been exposed to the international stage so early.“It all started when I reached out to Asaf’s manager to open for him in Israel for a few shows. He said yes, which was a huge surprise because that was the first time I had played keyboards for anyone besides myself.”Flora toured with Avidan for two years, working her way up from opening act to lead keyboardist for his 2015 spring tour.So what was it like going from opening act to accompanist? “At first, I was really nervous to give up the reins. I didn’t have much experience, and suddenly, I felt an incredible sense of responsibility because it was no longer just my music.”Of course, being on tour comes with its challenges, her greatest one being the long period away from home.“After three weeks it gets to you,” Flora pauses as if reliving the experience. “But Asaf had such a kind heart, which made it a bit easier.”She recollects a certain concert at Olympia in France.“I made many mistakes that night and felt horrible afterwards. I knew this concert was very important to him and when I went downstairs to apologize, I started to cry. Asaf gave me a big hug and told me, ‘listen, don’t worry about it.’” While working with Avidan was monumental for her career, Flora is back to producing her own music. Her upcoming album, Makom, is ambitious – it involves 16 musicians and is entirely in Hebrew.All of Flora’s songs to this point have been in English. When asked why, her answer was twofold: “Firstly, I wanted to reach the entire world, not just Israel. Secondly, English was the language of my greatest pop influences, so it always felt more natural.”With Makom, Flora’s views have changed.“It was really hard to find my voice in Hebrew at the beginning. It felt so raw, but in time, I really enjoyed it. I am really proud of this album,” she boasts.No matter which language, country, genre or setting, the key to becoming a successful musician is to just keep writing.As Avidan once told the young keyboardist, “Every day I don’t write a song, a song is lost.”Flora relates to that feeling. For her, “every day you feel a different emotion and there is always a song ready to capture that emotion. You have to connect to that energy, to jump out and grab it.”Flora ends with her own advice for aspiring musicians: “Don’t think so hard about everything, just keep performing, recording, releasing. Resist the urge to overanalyze. Listen to that little voice inside of you, and don’t let anyone try to change it. You have to keep true to yourself and learn from the process, every step of the way.”Flora’s next show takes place tonight (8:30 p.m.) at Beit Hagat in Ein Kerem, Jerusalem. For more information on Flora and her music: http://iamflora.com.