A tradition of noodles

Chinese Wall is both kosher and authentic. 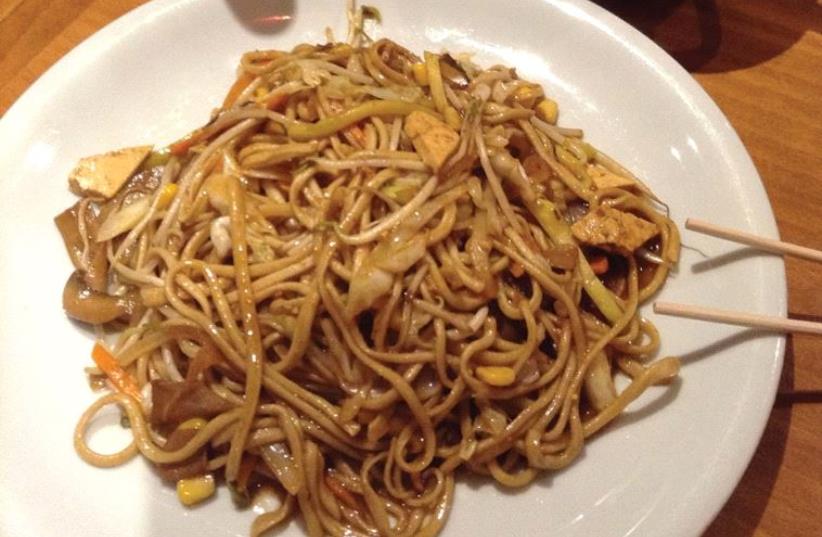 Chinese Wall restaurant
(photo credit: PR)
Advertisement
At times it seems as if there is a building code for Chinese restaurants in Tel Aviv: red paper lanterns decorating both the exterior and the interior. But for all the external similarities characterizing Chinese Wall and its culinary counterparts, the story of this modest eatery is undoubtedly quite different.Owner Ya’akov Wang is a Chinese Jew who immigrated to Israel via a yeshiva in Kiev, then brought his family over from the old country. For 20 years now, Wang and his brother-in-law Raphael have run this popular restaurant, where they love to host the soldiers who serve in the IDF with their children.You don’t enjoy two decades of success without attracting a loyal following – or, apparently, making some concessions to local sensibilities. In the beginning, the restaurant’s name was the Great Wall of China, which boils down in Hebrew to the somewhat lackluster term Hahoma Hasinit. Eventually, the proprietors settled for keeping it simple: The name on the bilingual menu is the straightforward translation “Chinese Wall.”Fortunately for diners, compromises do not extend to the kitchen. Wang’s hometown in China was Lanzhou, a city in the northwest famous for its hand-pulled noodles. This same technique is employed at Chinese Wall, resulting in the restaurant’s trademark dish, which has the added virtue of being vegan.“We go through kilos of fresh noodles every day, during our lunch hour rush,” says Wang. “And in winter, we sell many bowls of noodle soup.”Nonetheless, a visit to Chinese Wall should start not with the main event but rather with the appetizers. There are several types of delicious dim sum (NIS 18/22): steamed wheat dough vegetarian dumplings stuffed with cellophane noodles, cabbage and tofu, along with steamed rice dough dumplings filled with chicken, served with dips of soy sauce, sweet and sour sauce, and hot sauce.The shao mai (NIS 22) – pomegranate-shaped dumplings filled with chicken and rice – were already nicely seasoned with soy and needed nothing else to improve the flavor.The egg rolls (NIS 19), containing sprouts and shredded cabbage and carrots, were fried to the perfect degree of crispiness and served piping hot.The famous stir-fried house noodles, served Lu Mian style (aka lo mein), features a vegetarian mix (NIS 43) – carrots, sprouts, cabbage and tofu – to which optional extra beef, chicken, or duck may be added. Any version of these noodles in mellow brown sauce makes for a hearty and satisfying dish. According to Wang, the noodles with duck is one of the more popular choices.There are, in fact, several duck dishes on the menu, all of which may be ordered with no advance notice or additional waiting time required. The crispy duck (NIS 89) consists of strips of moist and flavorful meat (albeit a tad fatty), with a particularly savory and distinctive black bean sauce and a side of zesty Chinese coleslaw.Sweet and sour chicken (NIS 56) is another specialty of Chinese Wall: white meat chicken nuggets coated in a cornstarch batter and fried to a gentle crunch, served in a syrupy, amber-colored sauce made from caramelized sugar. While slightly more sweet than sour, thankfully, it is a far cry from the artificial red sauces so often found elsewhere.Everything went nicely with beer imported from Asia (NIS 22) and the tea brewed in-house and served from an elegant Chinese teapot. (The beer was Chang from Thailand. Wang tried to serve Tsingtao from China, but the kashrut supervisor would not permit it.) The desserts (NIS 16) were typically Chinese: sticky rice dough dumplings filled with sweet bean paste, and pieces of banana coated in cornmeal. Both were fried and drizzled with syrup, for a light and sweet finish to the meal.Chinese Wall offers its discounted business lunch on weekdays from noon to 5:30 p.m., so it is possible to enjoy the good value even after the restaurant’s peak lunchtime hours.