A weekend at Jerusalem's Mamilla Hotel

Since opening, the Mamilla has made a name for itself and has hosted the likes of Barbra Streisand and Helen Mirren. 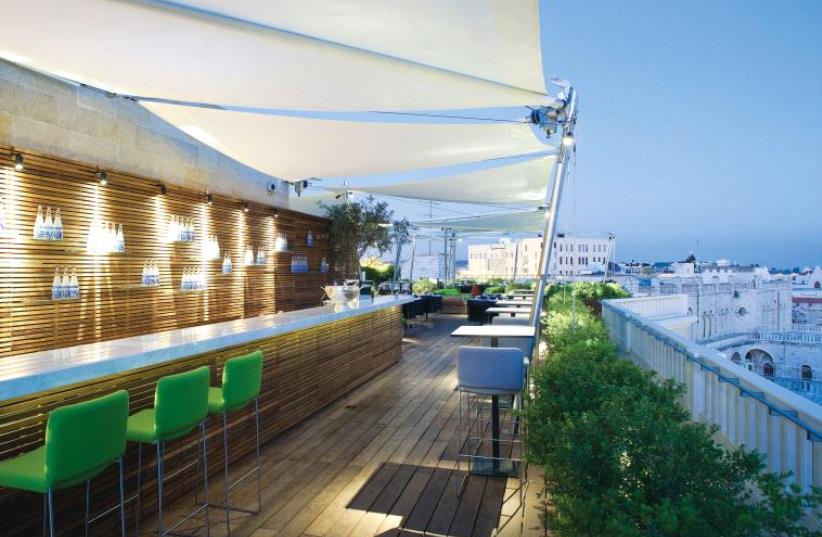 The hotel's rooftop restaurant, looking over the Old City of Jerusalem
(photo credit: Courtesy)
Advertisement
I had heard that visitors find the Mamilla Hotel, located just by Jerusalem’s Old City, lovely. After a short visit to the place, where I was recently invited as the hotel’s guest, I could understand why.The hotel opened seven years ago and is an excellent place to enjoy luxury so close to the historic walls of the Old City.Since opening, it has made a name for itself and has hosted the likes of Barbra Streisand and Helen Mirren.It’s not just the hotel’s famous guests that have enjoyed their stays; the hotel was the only Israeli accommodation to be named on Conde Nast Traveler’s Gold List of the world’s best hotels in 2016. 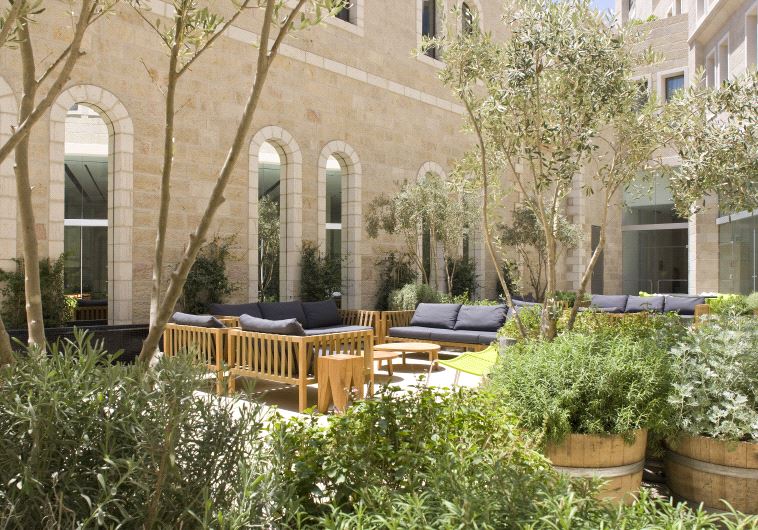 I was never at a loss for something fun and exciting to do during my stay at the Mamilla. The hotel features many events allowing you to integrate into the local Jerusalem community and see the city through the eyes of its residents, and it combines the look of Jerusalem’s ancient stone with a modern feel.The rooms are luxurious and feature a sleek design. I also noticed that cozy corners for guests to relax in are spread around the hotel – each bears the theme of a different country. There are also six restaurants and bars on the premises: the Rooftop, Mirror Bar, Winery, Happy Fish, the Espresso bar and the Dining Room – all kosher.When Shabbat rolls in, Mamilla’s calming music is replaced by an a capella group and the voices echo through the halls. 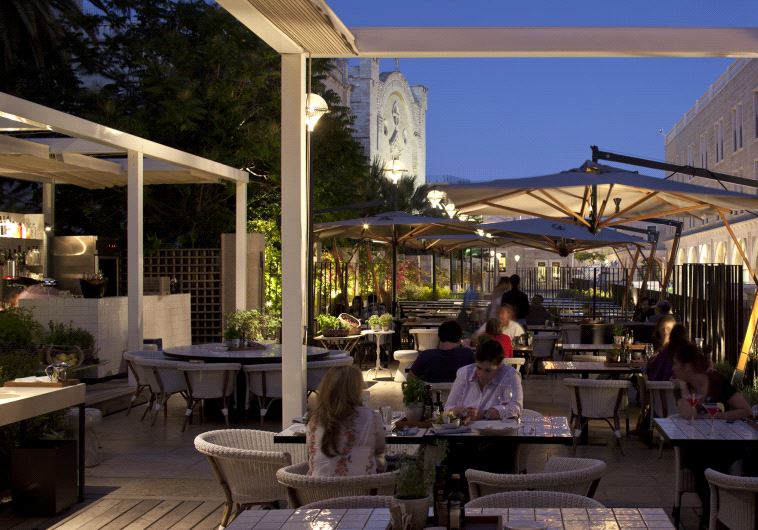 Mamilla’s rooftop restaurant lives up to its name, with meals served over views of the Old City. While a sunset dinner is ideal, arriving after sunset I was still able to enjoy the view. The restaurant provided us with shawls so the chilly temperature was not a problem.The restaurant features a variety of meat dishes as well as a few fish delicacies prepared by Chef Kobi Bakar. My personal highlight of the dinner was the soufflé, homemade to order, accompanied with a candle and cheers of “happy birthday.” 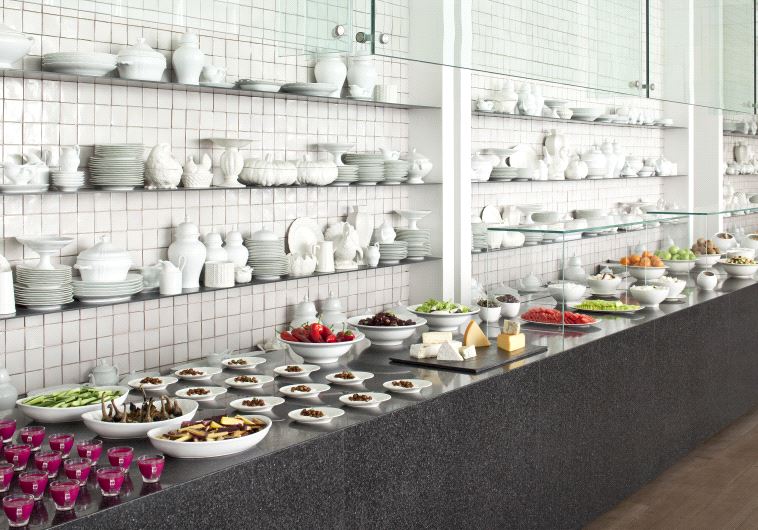 As families around us celebrated together and others enjoyed first dates, we headed down to the Mirror Bar. And though it was filled with people the noise didn’t echo into the halls at all.The mix of Hebrew and English lingered in the air as the manager greeted all the tables and the bartenders took the time to make sure our specialty cocktails were just right. 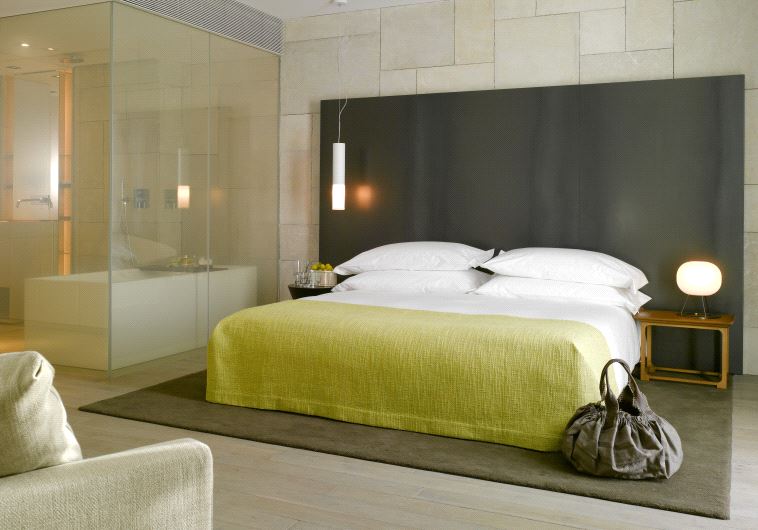 By the time I crawled into bed I didn’t want to leave.The following day there was breakfast, with a variety of freshly squeezed juices, my favorite being the green juice. I tried to avoid the pastries, but knowing they were made on the premises made it hard – at least the salad bar was bountiful.It was the first time that I found myself disappointed to have forgotten my gym shoes while on vacation. The full-size gym complete with trainers and fitness classes looked so inviting. I settled for a massage instead... The Akasha Wellbeing Center was named one of Conde Nast Traveler’s top nine spas in the world and features Turkish hammams as well as a variety of other treatments. 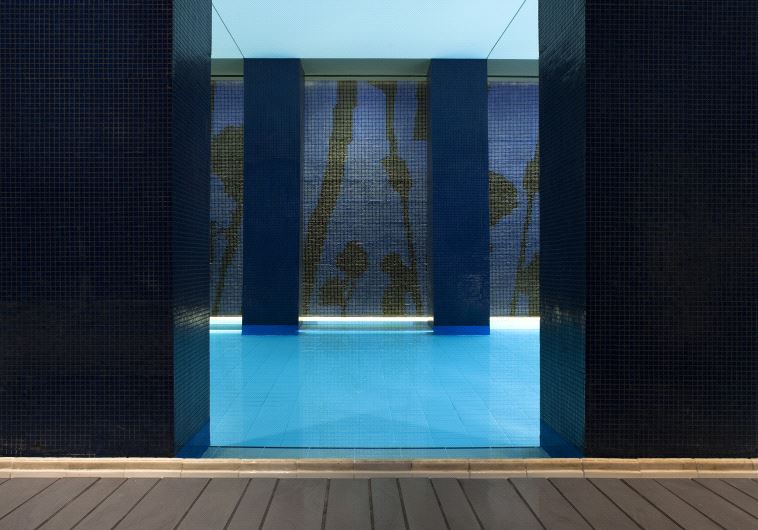 I treated myself to a massage and afterwards was already hungry, so we headed to Happy Fish. It was a Friday morning and the restaurant had its regular seafood menu as well as a special Greek brunch menu with a live band.As the band sang I excitedly realized we were only one flight of stairs away from the Mamilla shopping center – I naturally knew my next stop.Close to public transportation and all of the uniqueness this amazing city offers, the Mamilla Hotel seems to be one of the best gateways for any Jerusalem vacation. ■ The writer was a guest of the Mamilla Hotel.