About music and ethics 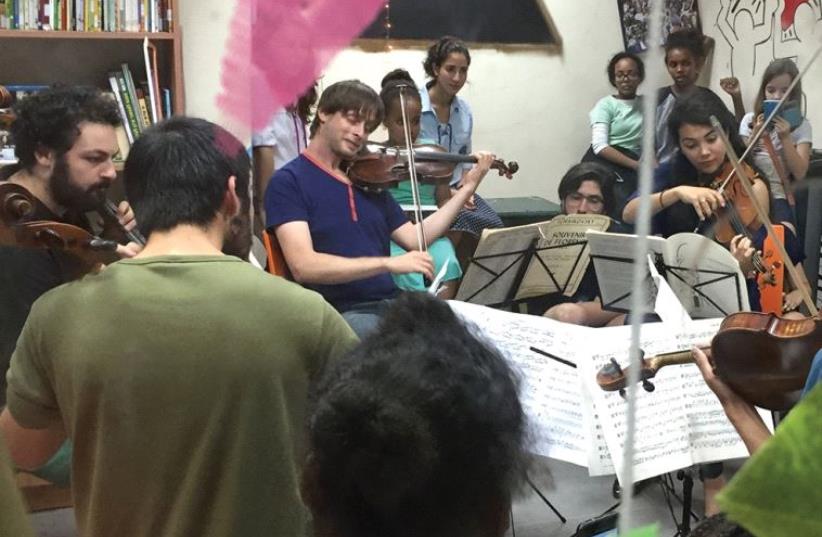 The Musethica festival
(photo credit: PR)
Advertisement
Musethica is an international nonprofit project aimed to advance classical music education and to bring music closer to special audiences that otherwise do not have the chance to encounter it, such as at hospitals and drug rehab centers, low-income sectors and prisons.Originating in Spain in 2012, Musethica and its activities soon spread to other countries.Orit Naor heads Musethica in Israel. She says that young local musicians, who are admitted to the program after demanding auditions, study during the year with important local and international artists and perform chamber music all over the country.“We concentrate our efforts on bringing music to special audiences. During the festival we will perform at community and other centers such as schools for challenged children, retirement homes, people with limited abilities. But we also will give concerts for the general public. This year, there will be three open concerts – two in Tel Aviv and one in Beersheba. In the southern city we will spend an entire day, performing for special audiences and giving a concert at the local conservatory,” she says.The festival is an international event.“Four masters – artists of international caliber – will teach young musicians. Two of them are Israelis – cellist Zvika Plesser and viola player Avri Levitan, the founder of the program. Two violinists are coming from abroad – Agata Szymczewska from Poland and Shao Dong Wong from the US. They will join 11 students from Israel and abroad in ad hoc chamber ensembles,” she says.Speaking of the project in general, Naor, who is a musician herself, explains that both the audiences and the young musicians benefit from these concerts.“Sick people or those in trouble perceive music in a different way due to their condition, while the students not only have the chance to play in public but realize the importance of their profession for other people.”Naor stresses that Musethica exists due to the generous contributions of supporters, “and the major one among them is the Ted Arison Family Foundation. We are also supported by the Tel Aviv Municipality, Mifal Hapais and other organizations, as well as private donors.”The concerts for the general public take place on November 2 at 8 p.m. at the Beersheba Conservatory (for reservations call (08) 629-0008); November 4 at noon and November 5 at 8:30 p.m. at the Tel Aviv Conservatory. Tel: (03) 546-6228.Rehearsals and master classes are open to the public.For more information: http://musethica.org/he/