Afterthought, an allegorical tale about two men who keep passing each other as they walk the staircases and slopes of the city, and was shown at the Cannes Film Festival. 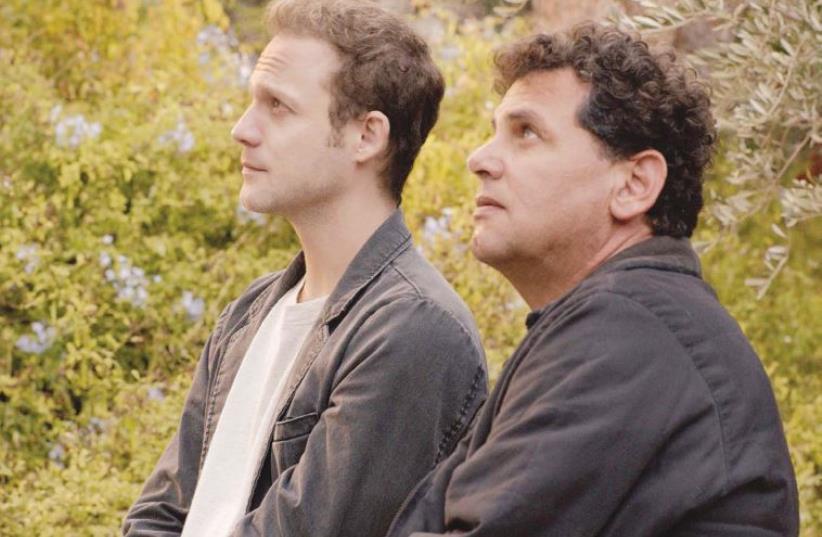 ISRAELI ACTORS Itay Tiran (left) and Uri Klauzner star in the award-winning ‘Afterthought.’
(photo credit: Courtesy)
Advertisement
Elad Keidan’s Afterthought won the prize for the Best Israeli Feature Film from the Haifa Cultural Fund at the 31st Haifa International Film Festival, which ended up Monday.Afterthought, which is set in Haifa, is an allegorical tale about two men who keep passing each other as they walk the staircases and slopes of the city, and was shown at the Cannes Film Festival. It stars Itay Tiran and Uri Klauzner. The jury, headed by Iranian filmmaker Mohsen Makhmalbaf, said in a statement that the film “shows the absurdity of life in an original and coherent way.” The prize comes with a cash award of NIS 100,000.The prize for Best Debut Feature film went to Why Hast Thou Forsaken Me, directed by Hadar Morag. It tells the story of a bond that forms between a young Arab man and a Jew, both of whom find themselves on the fringes of society. The award comes with a prize of NIS 50,000 in memory of Anat Pirchi.Michal Vinik’s Barash, about a teen girl involved with drugs and alcohol whose life is changed when she falls in love, won a prize for Best Screenplay, and its stars, Sivan Noam Shimon and Dvir Benedek, won the prizes for Best Actress and Best Actor.Erez Laufer’s Rabin In His Own Words, an intimate look at the former prime minister, won the Rozalia Katz Award for Best Israeli Documentary Award, which comes with a cash prize of NIS 30,000.In the international competition, the Colombian film Alias Maria, by Jose Luis Rugeles, won the Carmel Award for Best Film.The film Demon, by Marcin Wrona, won the Tobias Spzancer Award for Best Film in the Between Judaism and Israelism competition.