All that Jazz: A look at new releases worth a listen

Some of the best new albums in the Jazz world. 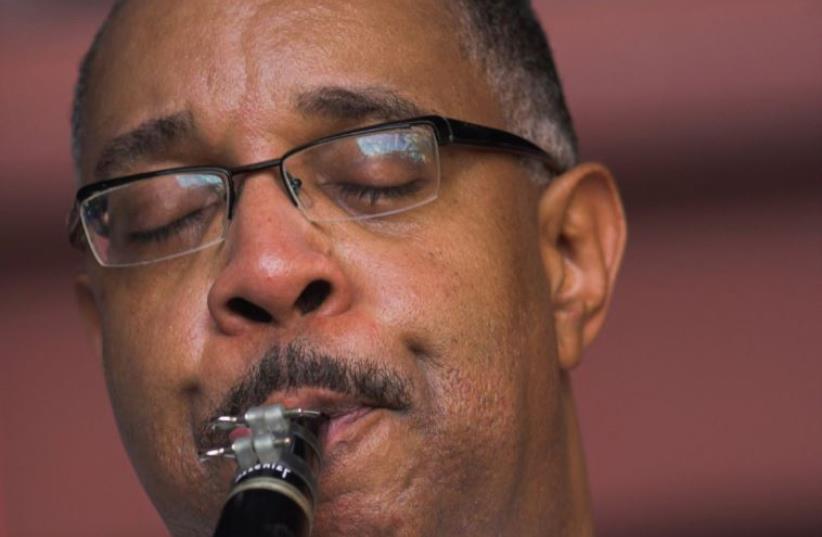 Jazz musician Michael White
(photo credit: DON YOUNG)
Advertisement
KIT DOWNES
Tricko
Couperdu Jazz has come a long way in the past 20 or 30 years or so. In this postmodern global-village world of ours it sometimes hard to nail what you are hearing down to a particular genre, and its connection with jazz per se may be tenuous at best.29-year-old British pianist Kit Downes has been trawling the various strata of improvised music for some time now, and showed an abundance of promise with first recording, Golden, in 2009. Judging by his latest release, Tricko, he has clearly maintained his steep evolutionary trajectory.Downes is one of that refreshing breed of musicians who are always looking way beyond the periphery of what is deemed to be “acceptable.”The trio has been his favored performance and recording format for a while – particularly with his old mates bassist Calum Gourlay and drummer James Maddren, with whom he put out his first two albums, Quiet Tiger being his sophomore effort.Both were put out Basho Records, as was the third, Light from Old Stars, on which Downes stretched the sonic and discipline domain, and added reedman James Allsopp and cellist Lucy Railton.The latter makes up half of the lineup on Tricko, which takes Downes into hitherto uncharted waters. All seven original Downes scores are clearly designed to keep us on the edge of our seats, presumably reflecting Downes’s own flights of fancy as he laid pencil to sheet music paper (or fingers to computer keyboard). With this project it is very much a matter of expecting the unexpected as tempos, melodic lines and textures dovetail and divide without so much as by your leave.Contemporary classical music comes very much into it, which is exactly whence Railton hails, and Downes has plenty of classical training in his past too.If you’re looking for recognizable hooks, you could possibly cite Ravel, for example in the ebbing and flowing rollicking piano substratum of the title track, while Bach might have had something to do – subliminally or otherwise – with the creation of “Ihno.” And there are even some rock sentiments along the way.There’s ne’er a dull moment in Tricko, and it should be fascinating to see where Downes takes us next.
NIR NAAMAN
Independence Israeli saxophonist Nir Naaman’s Independence album is well named. The Boston USA-based reedman is clearly a free thinker, a trait which is no doubt being nurtured at the New England Conservatory where he is currently studying for a doctorate.Naaman plays tenor, alto and soprano saxophone and, on each variety, delivers robust and highly lyrical musical messages throughout. You get the feeling that this is a young man who goes about his business with great confidence.All but three of the 10 tracks are self-composed, and there are plenty of original ideas in there. Over the past decade or so Israeli jazz artists have increasingly drawn on their familial ethnic roots, and Naaman digs into his own baggage with a somewhat Latinesque take on Shalom Shabazi’s “Eshal Elohai,” although the rhumba-like percussion could also feed off an undulating Yemenite feel.Bop sentiments come through strongly on the likes of “Dilemma,” while Naaman reveals a more romantic side, and a nailed-down sense of rhythm to his playing on the title track. It can help to have the likes of 70-year-old pianist George Cables – who puts in a delightful solo on “Independence,” as does trumpeter Marcus Printup – on board, and the rest of the crew keep the ship on course throughout.The closing track, “New Orleans Twist,” is a tightknit affair, dotted with the odd whimsical angle, with Cables in fine fettle here, too. Hopefully, we’ll get to sample some of Naaman’s work live here sometime.
EINEM.ART
Lamara
Challenge RecordsIf you’re looking for free thinkers on today’s jazz scene Max von Einem would be a good place to start. The 28-year-old German trombonist’s new release for Challenge Records is a blast from beginning to end.The Einem.Art quartet is very much a cooperative, with compatriot keyboardist-pianist Lucas Leidinger contributing six of the 10 numbers, while three are attributed to the whole band, and only one to the leader. The foursome also includes Colombian-born bassman Juan Camilo Villa and German-born drummer Rodrigo Villalon, who was raised in Colombia.As you can imagine, there is a generous amount of Latin-driven (if not Latinesque) passages in the album, although the overriding sense you get from Lamara is just one of sheer unadulterated fun. Von Einem follows his muse every which way, with the rest of the gang completely simpatico.It is not all hell-for-leather gaiety, with for example “Like Waterfalls” developing as something like a chamber work, with gentle ripples of sound and textures crisscrossing and melding as the melodic and rhythmic intent gradually unfurls. “Like Shapes” is one of the most alluring items on the album, with Villalon providing a deftly applied shuffling bedrock for von Einem’s dulcet departures, and the whole number is an infectious, groovy affair.And if you’re looking to get a handle on where von Einem’s mindset comes from, his score “Boilers” should spell that out in nice, easy-to-understand terms. This is quite a ride.
Advertisement
Subscribe for our daily newsletter