More than 200 films will be screened at the festival this year, the best from Israel and around the world. 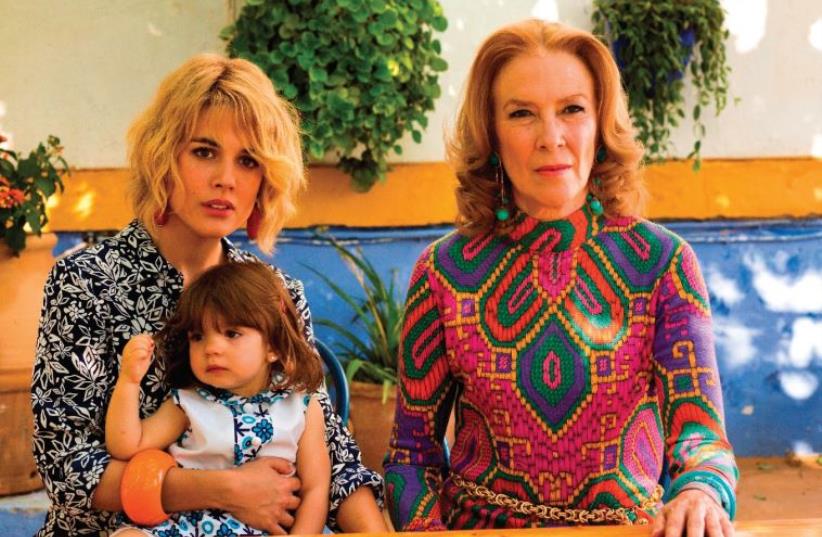 Adriana Ugarte (left) and Emma Suarez star in Pedro Almodovar’s ‘Julieta.’
(photo credit: Courtesy)
Advertisement
Spanish director Pedro Almodovar’s latest film, Julieta, will be the opening-night film at the 33rd Jerusalem Film Festival, which will take place this year from July 7-17. Julieta will be screened before an audience of thousands at the Sultan’s Pool amphitheater, while the rest of the festival will take place at the Jerusalem Cinemateque (as well as in other theaters around the city).Julieta, which was shown at the recently concluded Cannes Film Festival, is loosely based on stories by Alice Munro, and will be screened in the presence of its stars, Emma Suárez and Daniel Grao.Noa Regev, executive director of the Jerusalem Cinematheque and the festival director, said, “We are delighted to open this year’s festival with a film by one of the world’s most respected and beloved directors, Pedro Almodovar.Julieta is a celebration of cinema – colorful, exciting, fun and thought-provoking, and no doubt, the experience of seeing the film will be enhanced when it is shown on the huge screen at the Sultan’s Pool. As with most films by Almodovar, it focuses on female characters and deals with the power of women. Screening this at the opening of the Jerusalem Film Festival is a tribute to the women of Israeli cinema who inspire us more all the time – festival founder Lia van Leer and director/ actress Ronit Elkabetz.”More than 200 films will be screened at the festival this year, the best from Israel and around the world. This year the festival will launch a new international competition designed to celebrate outstanding international films and encourage the distribution of quality films in Israel. As part of this competition, a prize of $20,000 will be given to the winning film, courtesy of the New Jersey- based Wilf Family Foundation.Also, to mark the 20th anniversary of the Wilf Garden in downtown Jerusalem, a cinema complex will be built there for the festival, where outdoor screenings will be held, as well as interactive movie projects for children.The festival is held with the support of the Israeli Film Council, the Culture and Sports Ministry, the Jerusalem Municipality, the Jerusalem Development Authority, the Jerusalem Foundation, the Van Leer Foundation and the Ostrovsky Family Fund.The festival’s artistic director is Elad Samorzik.