'Wheels of Love,' the annual ALYN Orthopedic Hospital and Rehabilitation Center bike ride, will begin on Sunday in a bid to rescue the hospital from a COVID-induced 30% budget deficit. 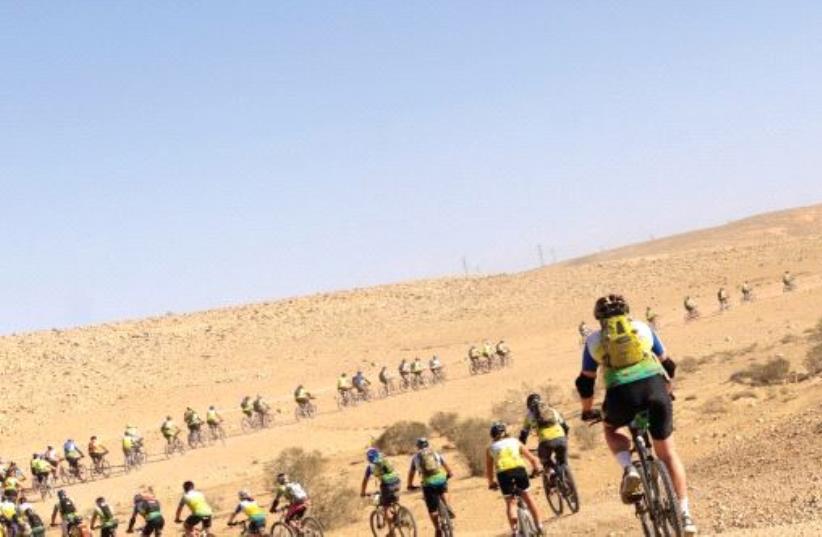 The annual ALYN Orthopedic Hospital and Rehabilitation Center bike ride fund-raiser, “Wheels of Love,” begins on Sunday in Israel. For the first time, rides will also be held in the US and Europe in a bid to cover the hospital’s heavy financial losses due to corona.

ALYN is a rehabilitation hospital for children listed as an NGO, and is entirely funded by private donors. For the past 22 years, the hospital raised nearly a third of its annual budget by hosting a three- or four-day cross-country bike ride in Israel. Riders paid and raised funds for the hospital in order to participate.

The pandemic brought adversity to this fundraising initiative, as many of the regular riders hail from the US and could not participate in the 2020 ride due to corona restrictions.

In addition, ALYN is the only hospital in Israel that takes care of children on respirators, including those suffering from COVID. The decrease in funds from the bike ride, coupled with the added costs of caring for corona patients, led to a 30% deficit in last year’s annual budget.

As a result, ALYN decided to expand the bike ride’s usual format. It will take place as usual from October 24-28 in two formats: the first is a four-day off-road trail, and the second is a three-day road ride. Both events take place in the Negev desert region.

Unlike previous years, rides will be held in the US states of Washington, Los Angeles, Florida and Maryland, as well as in select European countries.

In addition, riders are also invited to document footage of themselves on personal rides and use that to raise funds. One such ride took place in the Netherlands, where a rider pedaled 500 kilometers over the course of 24 hours.

“Children in need of rehabilitation do not have time to wait for the corona pandemic to end,” said Dr. Morit Be’eri, CEO of ALYN. “Their future depends on the hospital’s ability to provide care despite the situation and difficult conditions. This demands us to be creative – and without our wonderful donors, we would not be able to do this.”

This year’s Israel ride will be joined by professional cyclists Guy Niv, the first Israeli to participate in the Tour-de-France, and Noga Korem, who finished in the World Downhill Championship in 2020.