Birdwatching further cements Fort as consummate composer and performer, and one looks forward to monitoring her progress into other areas of musical endeavor 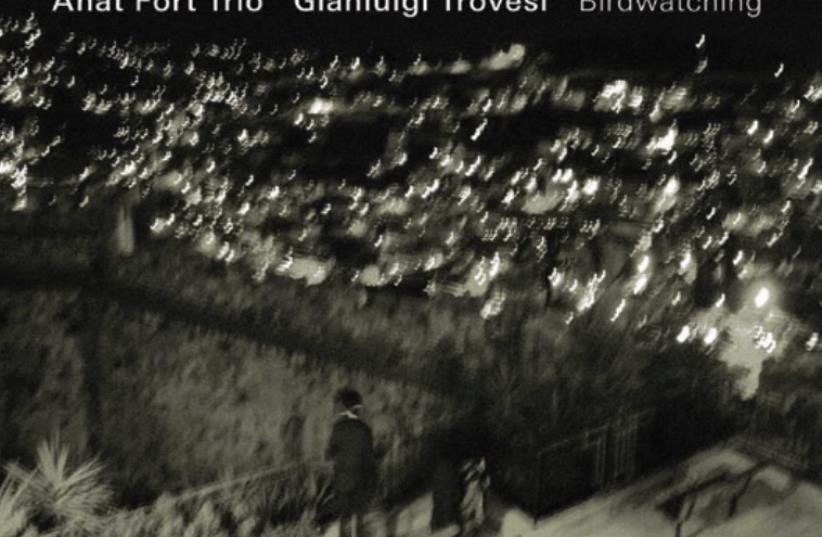 ANAT FORT Birdwatching ECM
(photo credit: Courtesy)
Advertisement
Anat Fort has the enviable distinction of being the first Israeli jazz musician to record with prestigious German label ECM. She is now an established member of ECM founder and producer Manfred Eicher’s glittering, eclectic stable, and her third release for the company, Birdwatching, shows the fortysomething pianist is still at the top of her game.She initially got her nimble foot in the ECM door largely thanks to the inclusion of iconic drummer Paul Motian in her lineup, and A Long Story, which was recorded in 2004 and eventually came out in 2007, was an auspicious entry into the big leagues for Fort. That was followed in 2010 by And If, with Fort by now sufficiently established to front her own trio, with Gary Wang on bass and Roland Schneider on drums.For this outing the threesome is joined by 71-year-old Italian clarinetist Gianluigi Trovesi, and the sympatico element is clear from the outset, with Fort and Trovesi dovetailing snugly along the lilting lines of “Earth Talks.”Then, on “Not The Perfect Storm” the Italian’s dark, woody timbre matches, and complements, Fort’s keyboard ruminations, while Wang and Schneider keep the sonic substratum firmly in place.One of the more intriguing elements of the 12-track affair is the juxtaposition of two versions of “Song of the Phoenix.”In part one, Fort unfurls ethereal ripples, sumptuously underscored by her two longtime collaborators. As the first version slowly dissipates, the second reading smoothly kicks in, this time with Trovesi joining the fray and providing rich counterpart coloring for Fort’s warmer tones.Birdwatching further cements Fort as consummate composer and performer, and one looks forward to monitoring her progress into other areas of musical endeavor.AVISHAI COHEN Into the SilenceECM Trumpeter Avishai Cohen is no newcomer to the jazz scene. The 37-yearold horn player has been an established member of the New York, and global, jazz fraternity for almost two decades and has made a name for himself as a dynamic front man with his Triveni trio, which includes longtime pal and colleague Israeli bass player Omer Avital and powerhouse American drummer Nasheet Waits.Cohen is also known as a member of the popular, eclectically- minded Third World Love quartet, alongside Avital, American drummer Daniel Freedman and France-based Israeli pianist Yonatan Avishai, as well as appearing and recording with siblings soprano saxophonist Yuval and much-touted tenor saxophonist and clarinetist Anat as the 3 Cohens.His debut offering for ECM, Into the Silence – making him the second Israeli artist on the ECM jazz roster – is a revelation.As you might expect from an ECM release, there is a definite delicate – almost fuzzy-edged – tint to much of the album, but there is much more to the half-dozen tracks.Cohen is joined for his inaugural ECM outing by Avishai and Waits, as well as tenorist Bill McHenry and acoustic bass player Eric Revis. The pianist makes a sizable contribution to the project, switching seamlessly from deftly stated lines to bold interludes, and even romantic inferences, and dropping in the odd achingly poignant blues coloring.“Dream Like A Child,” the longest of the six cuts, is a long, multipronged affair, taking the listener across expansive and multihued terrain, as the players alternate between grooved-inflected ostinato passages and meandering excursions into intriguing waters. Cohen doffs his derby to Miles Davis and, specifically, the iconic trumpet’s seminal 1959 album Kind of Blue, and McHenry inserts the odd Coltrane-esque reference, but this is a fascinating outing by Cohen. If there were any doubts as to Cohen’s compositional skills, they should be put firmly to bed by this showing.AKI RISSANEN AmorandomEdition Records Aki Rissanen’s new foray for British-based Edition Records is a captivating affair, full of twists and turns, as the Finnish pianist leads his trio of bassist Antti Lötjönen and drummer Teppo Mäkynen up and down numerous sonic and textural byways and highways.In the liner notes, 35-yearold Rissanen explains that the album was spawned by an animation film soundtrack he scored some time ago, but that the original charts have been through various guises over the years. There is something of a thematic thread to the nine tracks on Amorandom, but the central substratum is bent and molded into all manner of shape and form, keeping the listener happily guessing.The pianist’s tripping musings on “For Rainbows,” for example, take us on a switchback ride, with Lötjönen and Mäkynen in close tow, and even seeming to suggest new departures here and there. On the whimsically French-entitled “Paysages Pas Sages” – which means something along the lines of “unintelligent landscapes” – Rissanen darts in and out of the opening melodic statement, gradually building up a decent head of steam, while Mäkynen augments the leader’s efforts with softly emphatic hand drumming.The lyrical content increases appreciably on the higher energy “Aleatoric,” although Rissanen and his cohorts constantly stray from the middle ground, and the pianist displays a somewhat romantic leaning own “For Jimmy Giuffre,” albeit with some jagged edges intermittently poking through the velvety fabric.Rissanen lets his hair down on the brief, frenetic “Eye-Opener” solo slot, and the pace stays up there for “Bird Vision” with Lotjönen and Mäkynen, once again, keeping the ship rock steady as the pianist goes off on his customary tangents. The album closes with the title track, which confirms the trio’s subtly meandering ethos, and the leader’s predilection for creating eclectic canvases.