Zelda also suits this year’s festival focus on female poets, with the works of Nurit Zarhi, Agi Mishol and Haviva Pedaya on the Metulla agenda. 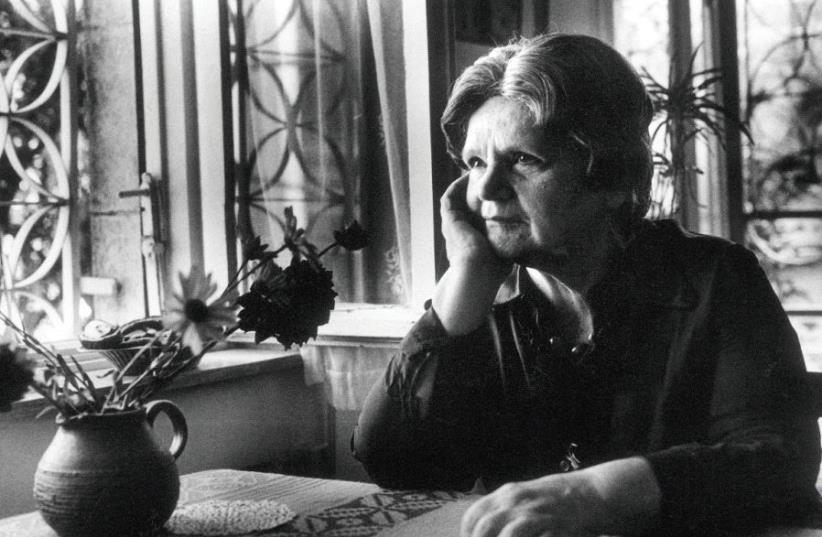 Iconic Jerusalem poet Zelda
(photo credit: ALIZA AUERBACH)
Advertisement
In recent years Zelda has taken on almost mythical status. Zelda Schneurson Mishkovsky, to give her her full titular due, has become revered, posthumously, as one of the country’s most laudable poets. Her first collection of poetry Penai (Free Time) was published just over half a century ago.The landmark anniversary will be marked at this year’s Poets Festival, which will take place at its regular berth in Metulla from May 17-20, under the auspices of Jerusalem’s Confederation House. Polish-born Zelda moved to Jerusalem with her family when she was in her teens and began writing in her twenties. She also taught the literary craft, and one of her students was a certain fellow Jerusalemite by the name of Amos Klausner, later to become internationally acclaimed Israel Prize winner Amos Oz.Zelda, a cousin of the Lubavitcher Rebbe, was religious and much of her poetic imagery was drawn from the world of Jewish mysticism and Hasidism, as well as Russian fairytales. Penai, which came out when Zelda was 53, established her as a bona fide member of the writing community.“The Poets Festival has the concept of unity between people at its core and Zelda reflects that spirit,” explains Confederation House CEO, Effie Benaya. “This festival is based on the belief that great poetry traverses boundaries of gender, age, education and outlook on life. We open the festival with two tributes – one to Zelda and one to Haim Gouri.” The latter Israel Prize laureate poet passed away earlier this year at the age of 94. “Both were Jerusalemites who broke out of the boundaries of the city, and gained recognition all over the country,” Benaya notes.
“In their poetry, they both excelled at portraying terrestrial and celestial Jerusalem, as well as conveying great universal messages.”Zelda also suits this year’s festival focus on female poets, with the works of Nurit Zarhi, Agi Mishol and Haviva Pedaya on the Metulla agenda. During the 21 years of its existence, the festival has also made a point of encouraging the next generation of artists, and this year’s lineup spotlights such up-and-coming members of the younger female literary crowd as Efrat Mishori, Meital Nissim and Galit Dahan-Carlebach.As usual, the four-day program includes several musical spots, such as seasoned flutist-pianist-vocalist Shem-Tov Levy, veteran rocker Eran Tzur and jazz-blues saxophonist and vocalist Abate Berihun. Entry to all events, other than the music shows, is free.For tickets and more information: (02) 624-5206 ext. 4 and www.confederationhouse.org, *6226 and www.bimot.co.il