Neither the names nor the images of two foreign soloists were revealed, for their own safety both in their homeland and abroad. 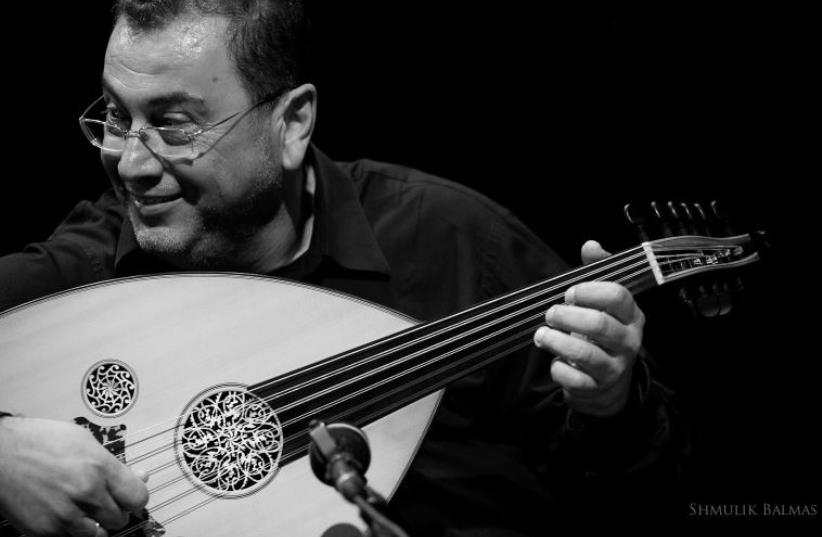 Israeli oud and violin artist Taiseer Elias.
(photo credit: SHMULIK BALMAS)
Advertisement
A very special concert of the Andalusian Orchestra from Ashdod was set to take place Monday night at Henry Crown Hall (8:30 p.m.) in Jerusalem: Neither the names nor the images of two soloists were revealed, for their own safety both in their homeland and in the countries where they usually perform.The artists – a virtuoso violinist and a young and talented singer, who despite her age is much respected by professionals and the public alike for her profound knowledge and performing abilities, have come from Morocco, and since the relationships between the two countries currently leave a lot to be desired, the artists have arrived in Israel anonymously.The person behind the project is Yakov Ben Simon, the CEO for the orchestra and a full partner in its artistic activities. Ben Simon traveled to Morocco, where he met with the artistic advisor of the king, as well as with producers and artists, and convinced the latter to participate in the concerts of the Israeli orchestra on condition of anonymity.The program features authentic performances of Andalusian music under the baton of the renowned Israeli oud and violin artist Taiseer Elias. Singer Benjamin Buzaglo, who performs extensively in Israel and abroad, in Hebrew, Arabic and French, will also participate in the concert.“Morocco is an important center of Andalusian music", says Ben Simon, “and this concert is important for the audience and the local musicians alike. For us, this is a rare chance not only to enjoy this music, but also to learn from Moroccan artists, because they performed it as it sounded long ago when it was composed. This concert is just another cultural dialogue between local artists and those with whom Israel has strained relations or does not have relations at all.”Although the Ashdod born and raised Ben Simon is not a professional musician, he takes the Andalusian Orchestra as his personal project. “This music is close to my heart from my childhood. We in the orchestra believe that to keep this rich and beautiful tradition alive, the younger audiences throughout the country have to be exposed to it and a young generation of musicians needs to be trained. I am happy and proud to be a part of this challenge.”For reservations: 1-800-693-693